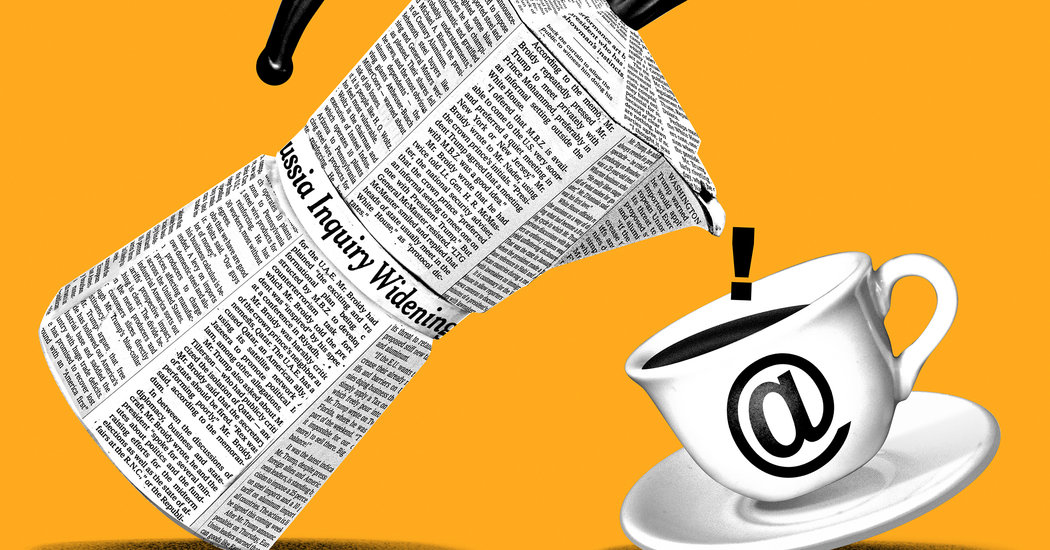 Our tech columnist tried to skip digital news for a while. His old-school experiment led to three main conclusions.

A somewhat link-baity headline, but overall a nice little article with some generally solid advice. I always thought that even the daily paper was at too quick a pace and would much prefer a weekly or monthly magazine that does a solid recap of all the big stories and things one ought to know, that way the stories had had some time to simmer and all the details had time to come out. Kind of like reading longer form non-fiction of periods of history, just done on a somewhat shorter timescale.

I was just thinking I would blog more if I had an app like Tweetdeck, but for WordPress where I can open a simple text edit window. Drag over one image, and boom. Blog post. And then I realized, Oh! There are MacOS WordPress apps!

Lately I’ve been inspired by some of the web’s best bloggers.

I didn’t know I was doing so well to be included with some of the biggest heavy hitters in the space! Thanks for the kind words Matt! 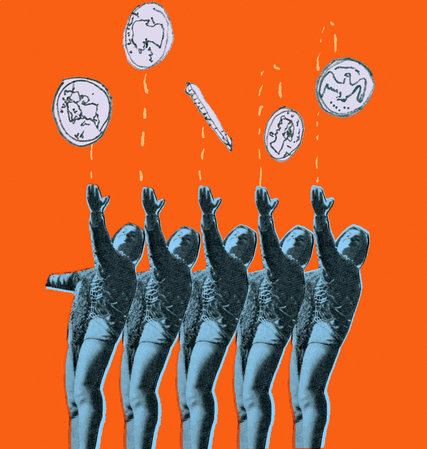 Three new books on the challenge of drawing confident conclusions from an uncertain world.

Not sure how I missed this when it came out two weeks ago, but glad it popped up in my reader today.

This has some nice overview material for the general public on probability theory and science, but given the state of research, I’d even recommend this and some of the references to working scientists.

I remember bookmarking one of the texts back in November. This is a good reminder to circle back and read it.

This is the type of scandal that would have completely unseated any politician just a few years ago and certainly ruined a presidency. Where has our national morality gone?

The global Internet and highly territorial real world have had a number of collisions, especially where ebook rights are concerned. The most recent such dispute involves Project Gutenberg, a well-respected public domain ebook provider—in fact, the oldest. It concerns 18 German-language books by three German authors. As a result of a German lawsuit, Project Gutenberg has blocked Germany from viewing the Gutenberg web site. The books in question are out of copyright in the United States, because at the time they passed into the public domain US copyrights were based on the period after publication rather than the author’s life. The three authors involved are Heinrich Mann (died in 1950), Thomas Mann (1955) and Alfred Döblin (1957).

Some interesting thoughts on cross border intellectual property and copyright. Even if a site blocks the content, there are easy enough means of getting around it that local jurisdictions would need to enforce things locally anyway. Why bother with the intermediate step?

What happens when several thousand distinguished physicists, researchers, and students descend on the nation’s gambling capital for a conference? The answer is "a bad week for the casino"—but you'd never guess why. The year was 1986, and the American Physical Society’s annual April meeting was slated to be held in San Diego. But when scheduling conflicts caused the hotel arrangements to fall through just a few months before, the conference's organizers were left scrambling to find an alternative destination that could accommodate the crowd—and ended up settling on Las Vegas's MGM grand.

Totally physics clickbait. The headline should have read: “Vegas won’t cater to physics conferences anymore because they’re too smart to gamble.”

A charity that honors the memory of the late school nutrition supervisor has erased the lunch debt of every student in public schools in the St. Paul, Minnesota, district where he worked before his death by a police officer in 2016.

A new meaning for Philanthropy.

I find it unconscionable that school districts would penalize the poor this way and prevent them from getting the services that the schools should be encouraging. This is simply morally wrong and is a prime example of a negative feedback mechanism that drags society in general down instead of improving it.

We need a whole lot more reporting like this to get people out of the dark corners of society.

The president has fumed about news coverage of scandals and remains furious with his attorney general, while friends worry that he is becoming too isolated.

She came to Hopkins as a cafeteria worker in 1946, retired as assistant to the president in 2007

Amazon has come under fire in the past for its lackluster approach to handling counterfeit products. Now, the online retailer is facing a broader problem, with counterfeiters going as far as to take over a company’s legitimate product listing… BuzzFeed News highlights the problem in a report, explaining how a counterfeit maker of the popular from Elevation Labs overtook the company’s own Amazon listing.

A rainstorm has passed through Mango Market. Parrot is upset by a missing parasol at his parasol stand. It is up to Murilla, the disorganized, messy and seemingly hopeless detective to solve the case. Can she do it? Of course she wants to help her friend, but first Murilla needs to find her magnifying glass.

The world Murilla lives in its pretty consistent. We see a lot of characters and things we saw in the first book. Messy Murilla looks for a mop in her stove with with reasonable comic effect.

Here there are no footprints on the ground and it’s a good clue about what happened to the missing parasol.

Gerald is careful. Piggie is not. Piggie cannot help smiling. Gerald can. Gerald worries so that Piggie does not have to. Gerald and Piggie are best friends. In The Thank You Book!, Piggie wants to thank EVERYONE. But Gerald is worried Piggie will forget someone . . . someone important.

They’re were some interesting misdirections here with a few cute reveals. Only the sharpest reader will anticipate the last one.

How are there already 25 of these books?! It was nice to have some crossover with Willems’ other books. If you have some old VHS hanging around the house, yet have gotten rid of your VCR long ago—it might be high time to let Reclaim Video take them off your hands. Rather than letting them sit around collecting dust...