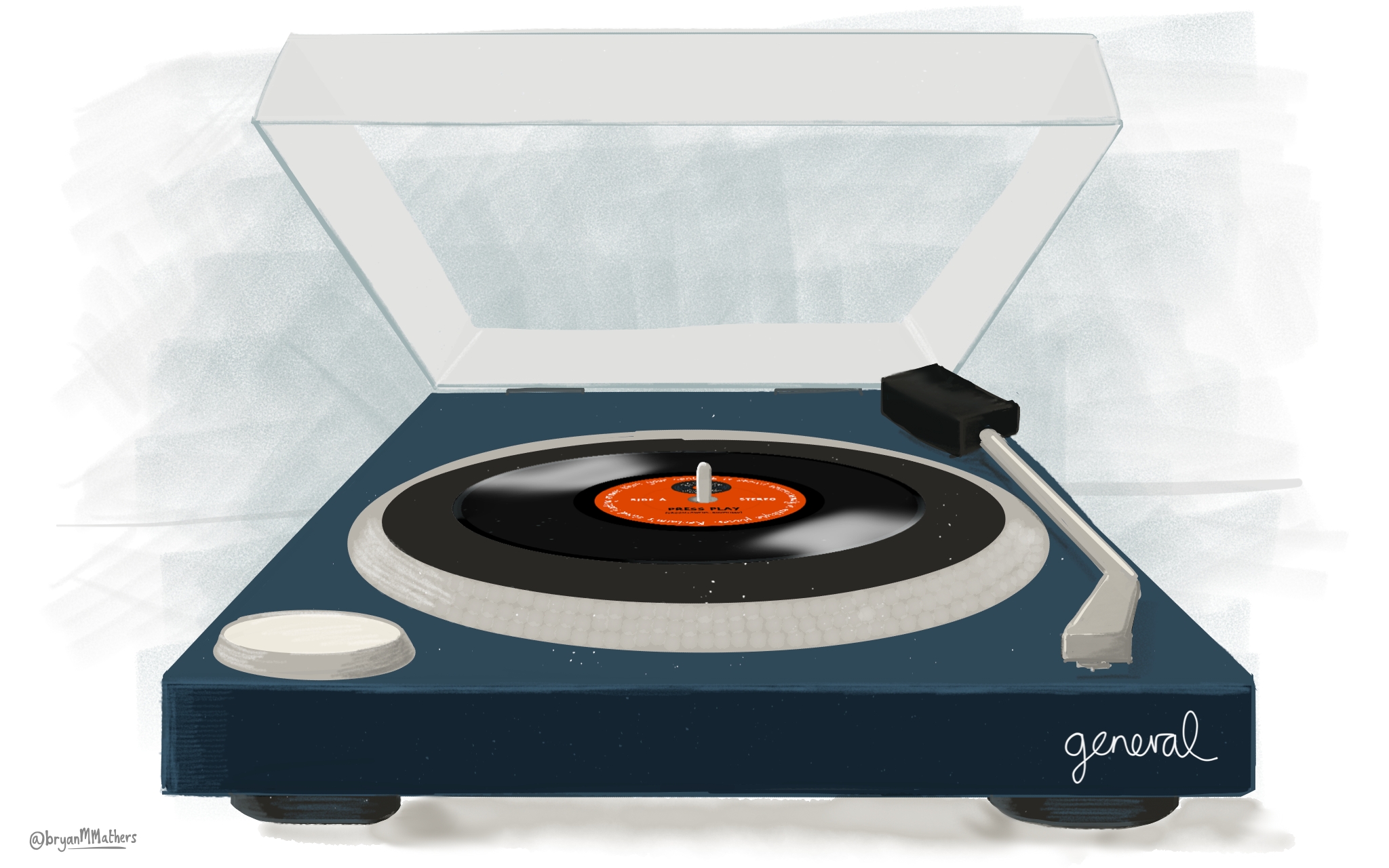 After hearing from a number of schools running Domain of One’s Own, we thought it might be useful to host an in-person workshop that focuses specifically on implementing this project on your campus. Workshop of One’s Own is a two-day, geared towards the instructional technologist who assists with managing DoOO on an administrator level, but also focuses on project conceptualization, instructional uses, and empowering their community from a teaching/learning standpoint. You’ll not only be receiving the in-person, focused attention from the entire Reclaim Hosting team, but you’ll also get a chance to brainstorm with folks from other schools who are running their own Domain of One’s Own projects. We’ll work through common troubleshooting tips, SPLOTs with Alan Levine, cPanel application case studies, and more.

I’m almost painfully tempted to attend this workshop on March 15-16 with the idea of and setting up a side business to specialize in hosting WordPress and Known sites for IndieWeb use. While it could be a generic non-institutional instance for academics, researchers, post docs, graduate and undergraduate students who don’t have a “home” DoOO service, it could also be a potential landing pad for those leaving other DoOO projects upon graduation or moving. Naturally I wouldn’t turn down individuals who wanted specific IndieWeb capable personal websites either.

Either way it’s an itch (at an almost poison ivy level) that I’ve been having for a long time, but haven’t written down until now. It would certainly be an interesting platform for continuing to evangelize the overlap of IndieWeb and Educational applications on the internet.

I think there are almost enough IndieWeb friendly WordPress themes to make it a worthwhile idea to have a multi-site WordPress install that has a handful of microformats performant themes in conjunction with tools like webmentions and micropub that allows easy interaction with most of the major social silos.

I think the community might almost be ready for such a platform that would allow an integrated turnkey IndieWeb experience. (Though I’d still want to offer some type of integrated feed reader experience bundled in with it.) Perhaps I could model it a little bit after edublogs and micro.blog?

Who wants to help goad me into it?

Workshop of One’s Own: March 15 & 16 // Attendees will not only receive focused training from the entire Reclaim Hosting team, but also join in on discussion with members from other institutions running their own unique instances of Domain of One's Own // https://t.co/31NIQIRvQg pic.twitter.com/HvU8qKhQXA 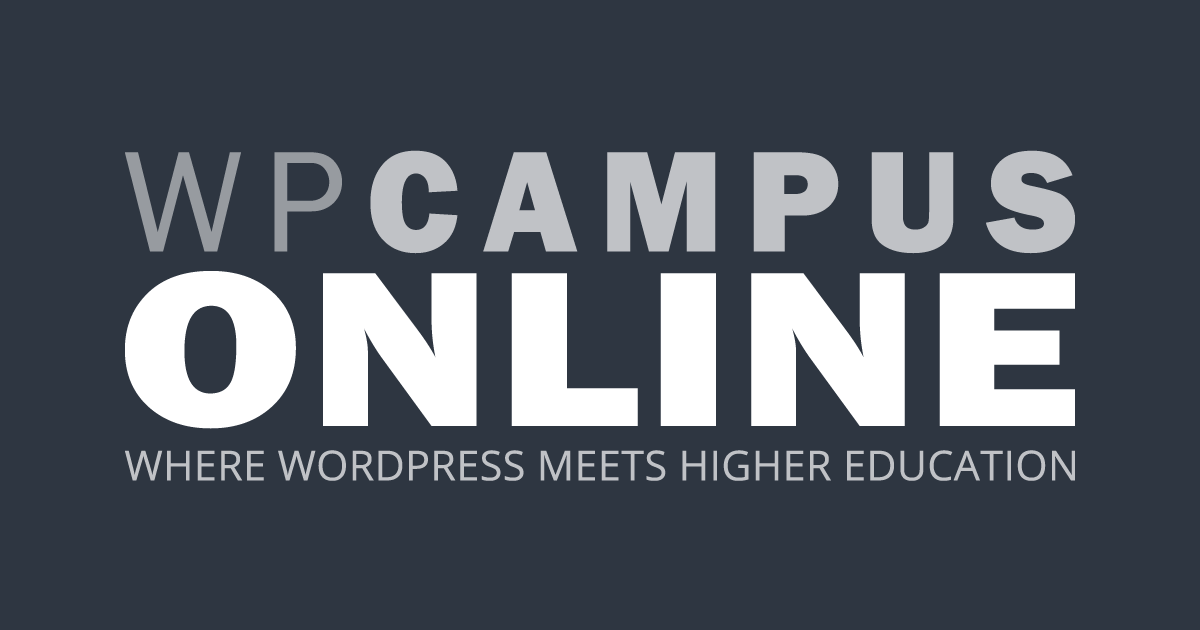 Our next (free) conference, WPCampus Online, will take place Tuesday, January 30. It will be a free event and completely virtual. View the schedule and join us for a full day of professional development. No travel required! The WPCampus Online schedule is filled with 16 free sessions focused on using WordPress in higher education.

This looks like a cool event at the end of the month. I’m curious to see what #edtech and #IndieWeb-esque things they may be touching on during the day.

IndieWebCamp Baltimore 2018 is a gathering for independent web creators of all kinds, from graphic artists, to designers, UX engineers, coders, hackers, to share ideas, actively work on creating for their own personal websites, and build upon each others creations.

I really want to go to IndieWebCamp Baltimore not only for the IndieWeb portion, but it’s in one of my favorite cities!

If you’re interested in some of the most interesting things happening at the bleeding edge of what the web has to offer, this is the place, and these are the people. Bring your ideas and creativity for an excellent Bar Camp style weekend of fun!

Join us for dinner, drinks, and IndieWeb conversation.

I’m definitely in! See you all in a few hours. I hope others might be able to join us as well.

Algebraic geometry is the study, using algebraic tools, of geometric objects defined as the solution sets to systems of polynomial equations in several variables. This course is the second in a two-quarter introductory sequence that develops the basic theory of this classical mathematical field. Whereas the fall-quarter course focused more on the subject’s algebraic underpinnings, this quarter will concentrate on geometric interpretations and applications. Topics to be discussed include Bézout’s Theorem, rational varieties, cubic curves and surfaces (including the remarkable 27-line theorem), and the connection between varieties and manifolds. The theoretical discussion will be supported by a large number of examples and exercises. The course should appeal to those with an interest in gaining a deeper understanding of the mathematical interplay among algebra, geometry, and topology. 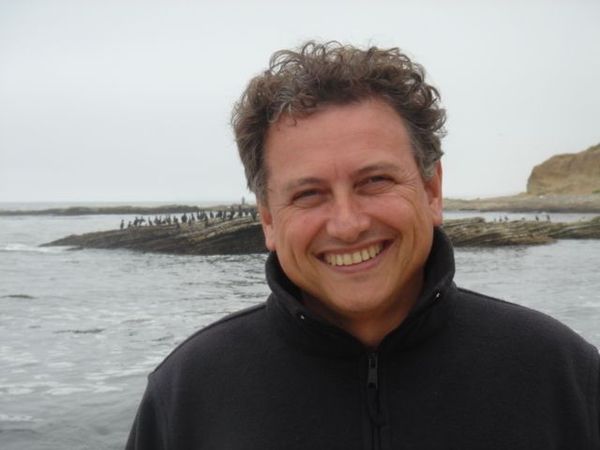 Token Generation Events (TGE’s) have proliferated as an alternative means of funding a Start Up. There are some compelling opportunities for the entrepreneur over conventional VC and Angel options. This is the (unfolding) story of how one navigates a fast changing landscape where the SEC looms, Token Economics is religion, Skepticism is growing, Exchanges can help or hurt you and potentially tens of thousands of people in dozens of foreign countries are your investors. I’m all in and I’ll tell you why….. Friday, December 8, 2017, 8:15 AM to 9:30 AM Cross Campus, 85 N. Raymond Avenue, Pasadena, CA Venue is located on the 2nd floor. Free street parking until 11:00 am; except where valet signs are posted. 90 minutes free parking is also available at nearby parking lots. Topic: Building a Blockchain based Business and funding it via a TGE

I met Michael Culhane at today’s coffee and he’s quite interesting. I’ve been meaning to delve into some of the blockchain technology a bit despite some of the dreadful things I’ve been hearing about the underlying viability of using it for some of the off label use. I hope to see everyone there next Friday.

IndieWebCamp Austin 2017 is a gathering for independent web creators of all kinds, from graphic artists, to designers, UX engineers, coders, hackers, to share ideas, actively work on creating for their own personal websites, and build upon each others creations.

I’d like to attend in person, but it’ll have to be remote attendance this time around with the holidays pressing in. November 4-5, 2017 at SolarMax Technologies, Riverside, California We are excited to announce Riverside’s inaugural WordCamp, from 8am – 5pm on both days. This is your chance to talk, share and learn from other Southern California bloggers, designers, developers, and business owners. Our sponsors will be there to provide insight on their products, giving you the leading edge, as well.

Tuesday, July 25, 2017 from 7:00 PM to 9:00 PM; Cross Campus, 85 N. Raymond Avenue, Pasadena, CA (map) Howdy everyone! Welcome to our July general WordPress user group! We discuss all the things WordPress here. If any of you would like to do a presentation post your idea in the comments. Bring your curiosity, your questions, your swell attitude and lots of potatoes. J/k, just bring your smiling faces.

Interested in using WordPress to create an online presence? Got questions? Come join us tonight in learning together.

One of the most frequently used scientific words, is the word “Entropy”. The reason is that it is related to two main scientific domains: physics and information theory. Its origin goes back to the start of physics (thermodynamics), but since Shannon, it has become related to information theory. This conference is an opportunity to bring researchers of these two communities together and create a synergy. The main topics and sessions of the conference cover:

The inter-disciplinary nature of contributions from both theoretical and applied perspectives are very welcome, including papers addressing conceptual and methodological developments, as well as new applications of entropy and information theory.

All accepted papers will be published in the proceedings of the conference. A selection of invited and contributed talks presented during the conference will be invited to submit an extended version of their paper for a special issue of the open access Journal Entropy.

Tuesday, July 18, 2017 7:00 PM to 9:00 PM Cross Campus 85 N. Raymond Avenue, Pasadena, CA (map) Hi all and happy July! We are planning a WordPress Pasadena Developer Meetup for July 18, 2017, 7pm @ Cross Campus in Old Towne Pasadena. We also decided to change the title of this sub-group to WordPress Pasadena Developer Meetup in order to focus more on developer-oriented topics. We're still experimenting with the exact format and would love to hear your feedback in this next meeting! This meetup is for a discussion of topics pertaining to WordPress development.

The best thing you could do on a Tuesday evening, right?

Please join us at Dodging the Memory Hole 2017: Saving Online News on Nov. 15-16 at the Internet Archive headquarters in San Francisco. Speakers, panelists and attendees will explore solutions to the most urgent threat to cultural memory today — the loss of online news content. The forum will focus on progress made in and successful models of long-term preservation of born-digital news content. Journalistic content published on websites and through social media channels is ephemeral and easily lost in a tsunami of digital content. Join professional journalists, librarians, archivists, technologists and entrepreneurs in addressing the urgent need to save the first rough draft of history in digital form. The two-day forum — funded by the Donald W. Reynolds Journalism Institute and an Institute of Museum and Library Services grant awarded to the Journalism Digital News Archive, UCLA Library and the Educopia Institute — will feature thought leaders, stakeholders and digital preservation practitioners who are passionate about preserving born-digital news. Sessions will include speakers, multi-member panels, lightning round speakers and poster presenters examining existing initiatives and novel practices for protecting and preserving online journalism.

I attended this conference at UCLA in Fall 2016; it was fantastic! I highly recommend it to journalists, coders, Indieweb enthusiasts, publishers, and others interested in the related topics covered. 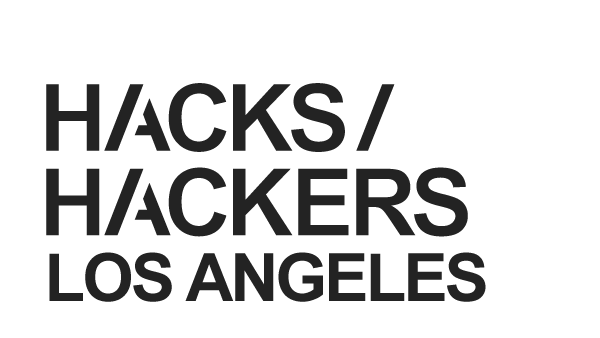 Thu, Jan 26, 2017, 7:00 PM: Hang out with our friends from ONA LA for fun conversation about digital journalism, the future of media and new projects for 2017! Maybe you'll find a new colleague, a kin

If there’s one thing that’s abundantly true recently, it is that journalism can get all the help it can. Won’t you join me in helping to effect some change?