In a new Inc. webinar, Limitless author and memory expert Jim Kwik taught the audience a new way to take notes so as to get the most value out of them. You should start using it immediately -- I know I'm going to. It all begins with drawing a line down the center of the page.

C’mon Inc. this author and the article are too credulous, at best Kwik’s method is the slightest modification of Cornell Notes…
#MyHighlights from “The Top 3 Most Effective Ways to Take Notes While Reading” via @UseHighlights fs.blog/2013/11/taking…

“At the end of each chapter write a few bullet points that summarize what you’ve read and make it personal if you can — that is, apply it to something in your life. Also, note any unanswered questions. When you’re done the book, put it down for a week.”

“Pick up the book again and go through all your notes. Most of these will be garbage but there will be lots you want to remember. Write the good stuff on the inside cover of the book along with a page number.”

“(Optional) Copy out the excerpts by hand or take a picture of them to pop into Evernote. Tag accordingly.”

I ran across a Chrome extension for highlights, annotations, and tagging tonight. It’s called Learning Paths. It works roughly as advertised for creating and saving highlights and annotations online. With a social silo log in process (I didn’t see an email login option), you’ve quickly got an account on the service.

You can then use the extension to highlight, tag, and annotate web pages. One can export their data as a .csv file which is nice. They’ve also got an online dashboard which displays all your data and has the ability to see public data from other users as well.

One of the interesting pieces they support is allowing users to tweet a thread from all their highlights of a piece online. Upon seeing this I thought it might make a useful feature for getting data into one’s personal wiki, website, or digital garden, particularly now that  ThreadReaderApp supports posting unrolled Twitter threads to one’s Micropub enabled website.

So the workflow goes something like this (with links to examples of my having tried it along the way):

While this works relatively well, there are a few drawbacks:

While the idea works roughly in practice, it isn’t as optimal as the workflow or data fidelity I’ve found in using more robust tooling like that found in Hypothes.is for which I’ve also built a better UI on my website.

Still others, might appreciate the idea, so have at it! I’d love to see others’ ideas about owning their highlights, annotations, and related data in a place they control.

Using a Zettelkasten is about optimizing a workflow of learning and producing knowledge. The products are texts, mostly. The categories we find fit the process well at the moment are the following:

Knowledge Management: general information about what it means to work and learn efficiently.
Writing: posts on the production of lasting knowledge, and about sharing it with others through your own texts.
Reading: posts about the process of acquisition of new things and the organization of sources.

Notational Velocity is an application that stores and retrieves notes.
It is an attempt to loosen the mental blockages to recording information and to scrape away the tartar of convention that handicaps its retrieval. The solution is by nature nonconformist.

Recommended to me by Jeremy Cherfas. 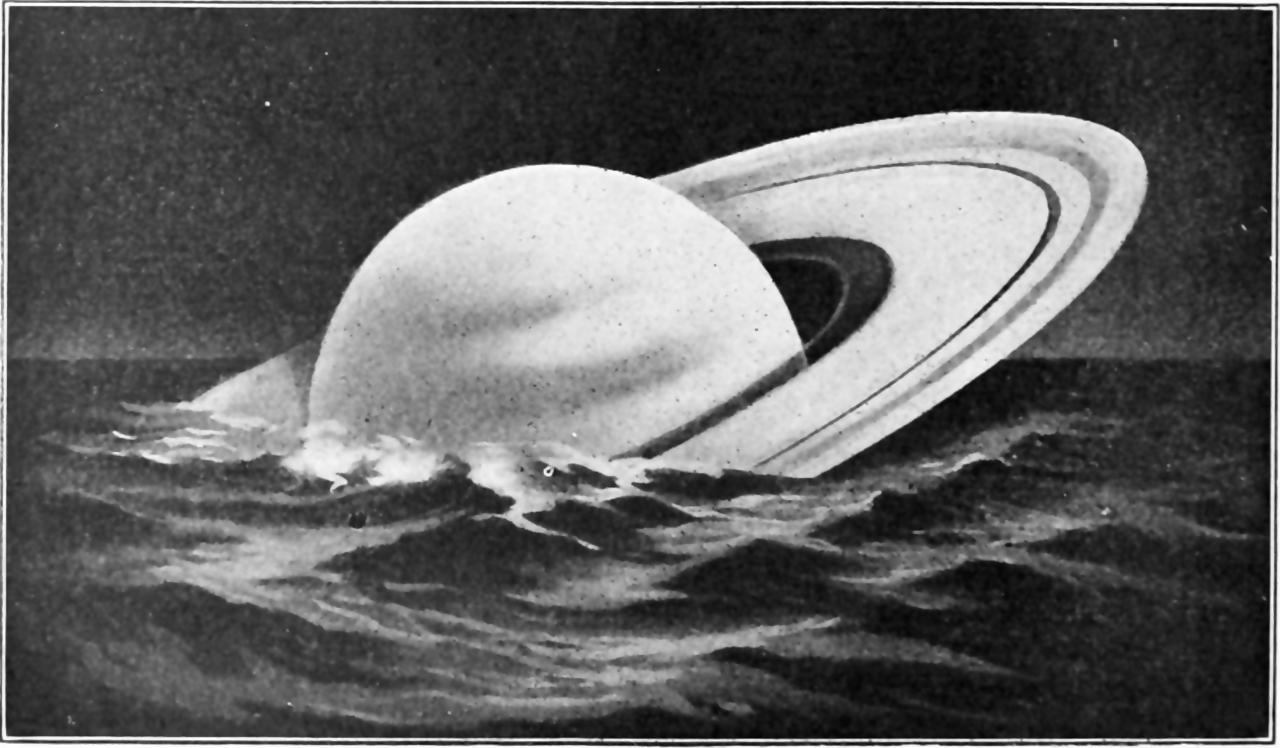 The least excruciating compromise between 1) irreproducible science, and 2) spooking your luddite colleagues

Has anyone tried the Cornell Note-taking System? It looks interesting.

1. Record: During the lecture, use the note-taking column to record the lecture using telegraphic sentences.
2. Questions: As soon after class as possible, formulate questions based on the notes in the right-hand column. Writing questions helps to clarify meanings, reveal relationships, establish continuity, and strengthen memory. Also, the writing of questions sets up a perfect stage for exam-studying later.
3. Recite: Cover the note-taking column with a sheet of paper. Then, looking at the questions or cue-words in the question and cue column only, say aloud, in your own words, the answers to the questions, facts, or ideas indicated by the cue-words.
4. Reflect: Reflect on the material by asking yourself questions, for example: “What’s the significance of these facts? What principle are they based on? How can I apply them? How do they fit in with what I already know? What’s beyond them?
5. Review: Spend at least ten minutes every week reviewing all your previous notes. If you do, you’ll retain a great deal for current use, as well as, for the exam.

I typically keep some space in the recall column to write down associated PAO, Major System, etc. images related to the key concepts, dates, and other notes and sometimes include locations along with the images. Sometimes I may make the notes themselves the memory palace by drawing sketches, doodles or other drolleries into the margins. Depending on the information I may also encode details into other pre-existing palaces.

I can then come back to the notes and do spaced repetition over them to strengthen the images, loci, and ideas. Depending on the material, I might transfer the basics of the notes over to Anki or Mnemosyne for more formal spaced review.

I just read an article about how many people with ADHD rely on services like Evernote to keep their tendencies to go off chasing squirrels in check long enough to be productive. In honor of #ADHDAwarenessMonth, we asked ADHD coach @takecontroladhd how she takes control of it with Evernote. https://t...

A post on The Writing Collective about how it’s fruitless to search for the perfect note-taking app because it doesn’t exist caught my eye and got me thinking about my own preferences and habits for taking notes.

The important part is usually coming back to them to do something about what you’ve written.

For several years now, I’ve been meaning to do something more interesting with the notes, highlights, and marginalia from the various books I read. In particular, I’ve specifically been meaning to do it for the non-fiction I read for research, and even more so for e-books, which tend to have slightly more extract-able notes given their electronic nature. This fits in to the way in which I use this site as a commonplace book as well as the IndieWeb philosophy to own all of one’s own data.[1]

Over the past month or so, I’ve been experimenting with some fiction to see what works and what doesn’t in terms of a workflow for status updates around reading books, writing book reviews, and then extracting and depositing notes, highlights, and marginalia online. I’ve now got a relatively quick and painless workflow for exporting the book related data from my Amazon Kindle and importing it into the site with some modest markup and CSS for display. I’m sure the workflow will continue to evolve (and further automate) somewhat over the coming months, but I’m reasonably happy with where things stand.

The fact that the Amazon Kindle allows for relatively easy highlighting and annotation in e-books is excellent, but having the ability to sync to a laptop and do a one click export of all of that data, is incredibly helpful. Adding some simple CSS to the pre-formatted output gives me a reasonable base upon which to build for future writing/thinking about the material. In experimenting, I’m also coming to realize that simply owning the data isn’t enough, but now I’m driven to help make that data more directly useful to me and potentially to others.

As part of my experimenting, I’ve just uploaded some notes, highlights, and annotations for David Christian’s excellent text Maps of Time: An Introduction to Big History[2] which I read back in 2011/12. While I’ve read several of the references which I marked up in that text, I’ll have to continue evolving a workflow for doing all the related follow up (and further thinking and writing) on the reading I’ve done in the past.

I’m still reminded me of Rick Kurtzman’s sage advice to me when I was a young pisher at CAA in 1999: “If you read a script and don’t tell anyone about it, you shouldn’t have wasted the time having read it in the first place.” His point was that if you don’t try to pass along the knowledge you found by reading, you may as well give up. Even if the thing was terrible, at least say that as a minimum. In a digitally connected era, we no longer need to rely on nearly illegible scrawl in the margins to pollinate the world at a snail’s pace.[4] Take those notes, marginalia, highlights, and meta data and release it into the world. The fact that this dovetails perfectly with Cesar Hidalgo’s thesis in Why Information Grows: The Evolution of Order, from Atoms to Economies,[3] furthers my belief in having a better process for what I’m attempting here.

Hopefully in the coming months, I’ll be able to add similar data to several other books I’ve read and reviewed here on the site.

If anyone has any thoughts, tips, tricks for creating/automating this type of workflow/presentation, I’d love to hear them in the comments!

[1]
“Own your data,” IndieWeb. [Online]. Available: http://indieweb.org/own_your_data. [Accessed: 24-Oct-2016]
[2]
D. Christian and W. McNeill H., Maps of Time: An Introduction to Big History, 2nd ed. University of California Press, 2011.
[3]
C. Hidalgo, Why Information Grows: The Evolution of Order, from Atoms to Economies, 1st ed. Basic Books, 2015.
[4]
O. Gingerich, The Book Nobody Read: Chasing the Revolutions of Nicolaus Copernicus. Bloomsbury Publishing USA, 2004.
I’ll turn this question around 180 degrees to suggest that instead of taking notes from your math/physics textbooks, that you’re FAR better off PUTTING notes INTO them! Those margins are meant for writing down the parts of problems and examples that the author implicitly leaves out.

One typically wouldn’t take notes from a Spanish, French, or Latin textbook would they? Like most languages, mathematics should be read and written to practice it (and maybe even spoken).

Knowing math or physics is best demonstrated by actually doing problems – and the majority of the time, this is what is going to be on the test too, so just pick up a pencil or pen and start working out the answers.

These subjects aren’t like history, philosophy, or psychology with multiple choice or essay type questions that might benefit from note-taking, so just jump right in. Give the book a short read and start plugging away at problems.

If you have problems getting started, take a look at some of the examples provided by the author (or in other books), cover up the answer, and try to recreate the solution.