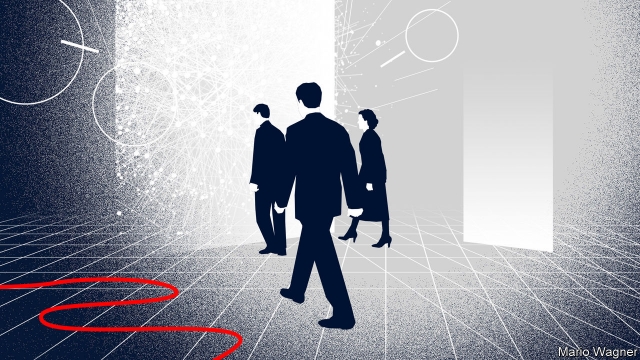 How the internet lost its decentralised innocence

IN “INFORMATION RULES”—published in 1999 but still one of the best books on digital economics—Carl Shapiro and Hal Varian, two economists, popularised the term “network effects”, which means that in the digital world size easily begets size. The more popular a computer operating system, the more applications it will attract, drawing in even more users, and so on. Two decades ago the idea helped people understand the power of Microsoft and its Windows software. Today it is the default explanation for how Facebook, Google and other tech giants became dominant. The more people sign up to a social network, for instance, the more valuable it becomes for present and prospective users.