The term independently-hosted is used here to describe online publishing practices that utilise the World Wide Web (hereafter the Web) as a decentralised socio-technical system, where individuals and communities operate as the owners or controllers of the online infrastructures they use in order to share content. Such practices may be adopted as an alternative of, or as a complement to, the use of centralised content-sharing systems that belong to and are entirely operated by third parties. The term “publishing” is used here in a rather inclusive way and refers to the act of making content available online, rather than being restricted to the editorial processes that characterise, for instance, academic publishing.
DOI: 10.14763/2022.2.1665

Great to see IndieWeb.org cited in the academic literature.

When Douglas Engelbart read a Vannevar Bush essay on a Philippine island in the aftermath of World War II, he found the conceptual space to imagine what would become our Internet.

Bookmarked The Hut Where the Internet Began.
quick test

I've been meaning to do some kind of index card style template for the site for ages and never got round to it. Now I have. I’m quite pleased with it. CSS repeating gradient lines and all that. ❧

An absolutely beautiful design for short notes. This is the sort of theme that will appeal to zettelkasten users who are building digital gardens. A bit of the old mixed in with the new.

I'll go over a lightweight implementation for sending Webmentions using F# and test it using the webmention.rocks website. Source code for this post can be found at the fsadvent-2021-webmentions GitHub repository. 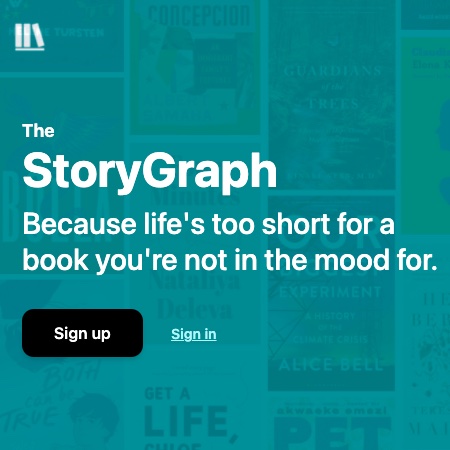 We'll help you track your reading and choose your next book.

A potential tool to replace Goodreads.

I went looking for work on tradents in Bavli, found this! "Anyone who has read...Tibetan literature will be familiar with...the ubiquitous verbatim repetition of phrases, sections, literary structures, and even entire chapters, across many different texts" https://t.co/eeN4qoTqss

The Jonathan Edwards Miscellanies Companions are products of JESociety's "Miscellanies Project." Essays were contributed by an international body of scholars hailing from East Asia, Australia, Europe, the UK, and North America. The contributions canvas the wide range of topics contained in Edwards' "Miscellanies."

"The Miscellanies Project" and the Companions are part of the "Visual Edwards Project" created by Robert L. Boss. A unique contribution to Jonathan Edwards studies, "Visual Edwards" is a software project that maps Edwards' writings, volumes 1-26 of the Yale critical edition of The Works of Jonathan Edwards, and provides a new view of America's theologian. "Visual Edwards" is, as it were, an advanced computational material which can be stretched, bent, and zoomed to direct the scholar to areas of interest. As a cartographic tool, it grants the reader visual access to Edwards in his own words.

A team-oriented project to visually unlock Edwards' notebooks, and map intricate connections in his thought, "The Miscellanies Project" and the print Companions are first steps toward the Himalayan task of visualizing Jonathan Edwards -- an ongoing project seemingly without end. To echo Edwards' sentiment in "Types," "there is room for persons to be learning more and more ... to the end of the world without discovering all."

Words painstakingly recorded for decades to revive the once-banned language of the NSW south coast are being spoken again on country that breathes life into them.

Emotionally expressive music and dance occur together across the world. This may be because features shared across the senses are represented the same way even in different sensory brain areas, putting music and movement in directly comparable terms. These shared representations may arise from a general need to identify environmentally relevant combinations of sensory features, particularly those that communicate emotion. To test the hypothesis that visual and auditory brain areas share a representational structure, we created music and animation stimuli with crossmodally matched features expressing a range of emotions. Participants confirmed that each emotion corresponded to a set of features shared across music and movement. A subset of participants viewed both music and animation during brain scanning, revealing that representations in auditory and visual brain areas were similar to one another. This shared representation captured not only simple stimulus features but also combinations of features associated with emotion judgments. The posterior superior temporal cortex represented both music and movement using this same structure, suggesting supramodal abstraction of sensory content. Further exploratory analysis revealed that early visual cortex used this shared representational structure even when stimuli were presented auditorily. We propose that crossmodally shared representations support mutually reinforcing dynamics across auditory and visual brain areas, facilitating crossmodal comparison. These shared representations may help explain why emotions are so readily perceived and why some dynamic emotional expressions can generalize across cultural contexts.

This portends some interesting results with relation to mnemonics and particularly songlines and indigenous peoples’ practices which integrate song, movement, and emotion.

We tested a deceptively simple hypothesis: Music and movement are represented the same way in the brain.

So glad I could make it to this IndieWeb popup! Interesting to hear other viewpoints and talk things through.

I was happy to see another woman attending this IndieWeb popup event, but would like to figure out how to bring more women into the IndieWeb sphere.

This reminds me of the sort of thing that @JohnStewartPhD or someone from the #DoOO space might do: Turn a Google Sheet into a website.