Bookmarking for the power users of the web. A privacy focused extension to annotate, search and organize what you've seen online.

A screenshot appears below:

Here’s a shortened URL for it that you can share with others: bit.ly/D-ntB-Evil

It’s a creative inverse of blackout poetry where instead of blacking out extraneous words, one can just highlight them instead. This comes courtesy of some new browser based functionality that Google announced earlier this week relating to some of their search and page snippets functionality.

You can find some code and descriptions for how to accomplish this in the WISC Scroll to Text Github repository.

What kind of poetry will you find online this week? 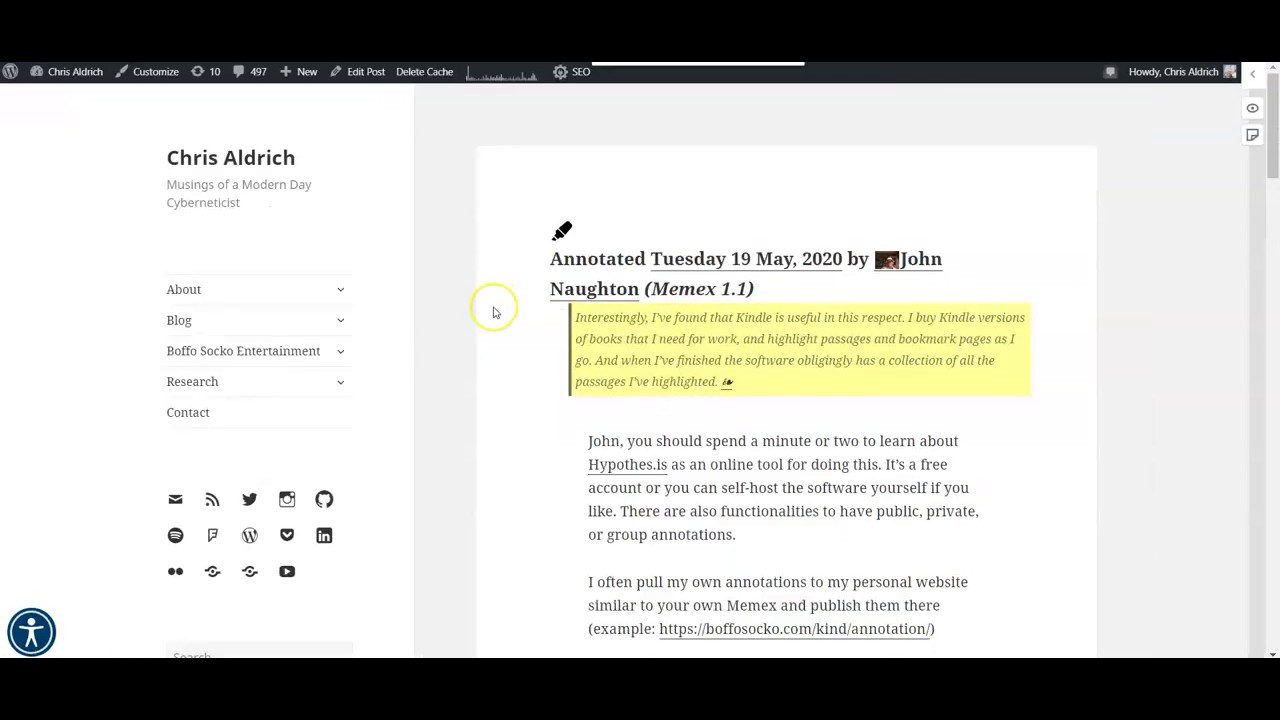 I created a video overview/walkthrough of how I take highlights and annotations on Hypothes.isHypothes.is and feed them through to my WordPress Website using RSS and IFTTT.com.

I suspect that a reasonable WordPress user could probably set up a free Hypothes.is account and use the RSS feed from it (something like https://hypothes.is/stream.atom?user=username) to create an IFTTT.com recipe to post it as a public/draft to their WordPress website.

My version presented here has also been augmented by also using the Post Kinds Plugin to which I’ve manually added a custom annotation post type along with some CSS for the yellow highlight effect. These additional coding flourishes aren’t absolutely necessary for those who just want to own the data on their website.

If you want to get even fancier you could also do RSS to IFTTT to do a webhook post to an Micropub endpoint or custom code your own solution using their API. Lots of options are available, the most difficult part may be knowing that something like this could even be done.

Do you want to know when someone annotates your webpages? Do you want to follow somebody's annotations? You have come to the right place.

I’ve seen a few people in the wild using Hypothes.is as a blog commenting system.[1][2] Since they don’t yet have separate support for Webmention or require a bit of programming to get notifications, I thought I’d highlight this particular implementation as it has a simple, but relatively elegant user interface for creating feeds to provide notifications for just such a use case.

One could easily wire up the output from this through a service like IFTTT, Zapier, Integromat, etc. to push the notifications to email, or other modalities as desired.

It doesn’t give anything over and above what a Hypothes.is addict with some programming skills could already produce, but for those who are code averse, or just too busy with building other pieces of the Domain of One’s Own this could allow some simpler outputs.

If you are a tinkerer, there is a GitHub repo for the project.

While you’re at it, why not throw in the usernames of some of your favorite annotators and subscribe away in your favorite feed reader? Some of the best things I discover online are through colleagues’ annotations, I think, in part, because it’s a much higher level of engagement with the material than the pablum found in many Twitter feeds.

It could also be a good means of following annotations on some of your favorite hashtags in the system as well. Want to learn some new words? Follow wordnik in your feed reader. Want to know the state of the art in Open Education Resources? There’s a tag serious people are annotating with that you could follow in your reader.

I’ve been away from the Memex for a while and just catching up. Interesting to see John has been keeping a Quarantine Diary in the form of a microcast for quite a while.

In January, I spent all day every day for a week with a reMarkable. The plan: sit on the beach; read; write; think. Being able to use my whole library outside in the sand—with digital ink!—was so freeing.

Alas it has many flaws, so I returned it…but the price just dropped 45%! pic.twitter.com/py1LXy08xi

This thread makes me wonder when the Hypothes.is team will be allowed to build a layer onto e-reader platforms? Another great idea might be for e-readers and note taking tools to have built-in micropub clients so I can use them to publish to my website or other platforms.

“Where have you been, you young monkey?” ❧ 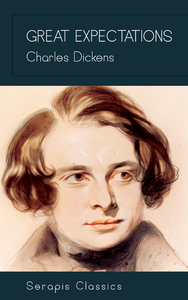 An interesting example of a book published using TiddlyWiki as an ebook platform. It also enables highlighting and annotations to boot! I’m curious how well it works with Hypothes.is given their anchoring schemes?
It’s subtle, but I’ve come to appreciate that the Hypothes.is interface often conveniently covers up sidebars and advertising online as I read, think, and annotate.
Because they’re so similar, I’ve decided to discontinue the custom highlight posts my site had in lieu of the more prevalent annotation post kind. The layout and format of both as highlighted text quoted from another site was almost exactly the same with the primary difference being my additional commentary added to the highlighted text to call it an annotation. Conceptually I considered “highlight + commentary/reply = annotation”. The difference is marginal at best–pun intended.

Since I only had 13 highlight posts versus 121 annotation posts (plus various additional annotations and highlights which I’ve rolled up into the body of some of my read posts) over the last year and a half, I felt it seemed redundant and bothersome to maintain two separate, but nearly identical post kinds. Semantically one may think of a highlight on some text as an annotation anyway, thus the idea of annotation subsumes that of a simple highlight.

As of this evening, I’ve changed all the custom highlight posts to be of the annotation kind. Other than the one word visual difference of the post kind text changing from “highlight” to “annotation” this change won’t affect much except for those who may have been subscribed to the highlight feed. Going forward you may consider subscribing to my annotation feed instead.

I had created highlight posts first, but in the end annotation posts have won the day. And for those that don’t have them, fear not, because honestly annotation posts are really just glorified bookmarks with custom text in the context. (The glorification only entails a highligher icon instead of a bookmark icon and a bit of CSS to color the text yellow.) I do find having them delineated for my personal research purposes useful though.

1. Take a picture of a page from a book.

2. Drag and drop markers to literally highlight the passage right on the picture and extract the quote.

3. Store the quote, take notes, attach it to the book. pic.twitter.com/Dzb2x6NQIa

I love love love Instapaper. I should pay for premium. But I don’t like that all my highlights and notes get locked up in their proprietary system.

Right now, I save all my Instapaper articles to PDF and make my highlights/marginalia in the PDF. I get to keep it.

While the tech choruses croon on about scale and AI and datadatadata, I prefer the long tail. Looking in the corners of digital stuff I marvel when you find small signs of quirky human presence. Li…

Looks like he went on to build some other nice little web tools like ProjectNaptha!
I get a LOT of value out of using Hypothes.is, but one of my favorite parts is having the RSS feeds of about a dozen interesting peoples’ H feeds piped into my reader. I get not only interesting things to read, but highlights and annotations of the best of it all.

(By the way, you can do a similar thing for tag topics like: https://hypothes.is/stream.atom?tag=OER.)

I wish that the system had some more social features to make discovery and following of friends and colleagues easier, but doing it the hard way sort of makes it that much more valuable.

Who are you following there? Which other interesting Hypothes.is users should I be following? Do let me know.