Our Daily Bread was a contribution to the Dog Days of Podcasting, with an episode every day through the month of August 2018.

I obviously don’t post favorites on my website very often, but occasionally I’m reminded of small things in life that I really love. Jeremy‘s depth of research, effort, and love of the subject really shines here. Definitely worth multiple listens as you have the time to savor it… 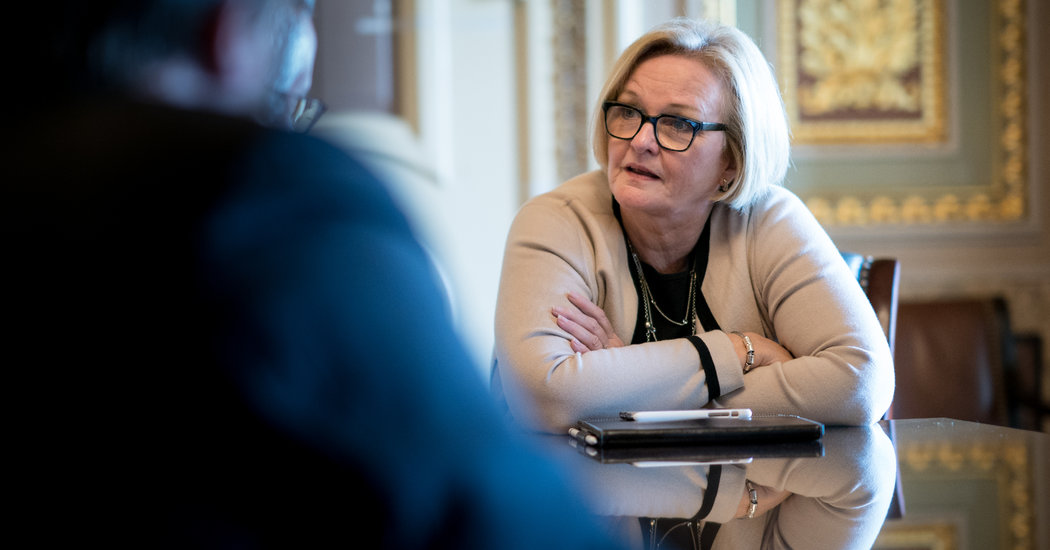 As the senator prepares to leave office, she sat down with us to talk about her defeat in the midterm elections and the path forward for the Democratic Party.

The final statements of Claire McCaskill in this podcast are some of the most uplifting things I’ve heard about politics in the past two years. I’ve only heard one or two other people talk about “political purity” in this way, and I suspect it’s one of the things that is truly killing our democracy and political norms in our country. We need more reporting on these types of pragmatism.

Create your own podcast: find links to audio files on the Web; huffduff the links (add them to your podcast); subscribe to podcasts of other found sounds.

I tell almost everyone I know who’s into web audio and podcasts how much I love Huffduffer.

While the site does a pretty good job of describing itself and the fact that it has a wonderful bookmarklet, I’ll also point out that Ryan Barrett has a video bookmarklet for it that  “extracts the audio from videos on YouTube, Vimeo, and many more sites and sends it to Huffduffer.”

If you’re a podcastaphile, it’s a de rigueur tool. While I publish a listen feed on my website, you can also follow me on Huffduffer if you wish. If you’re using it, do let me know so I can add you to my “collective”. This will let me find the great audio you’re discovering.

I should tell Jeremy Keith more often I love that he runs this little service: Thanks for making the world so much brighter!

I hadn’t noticed until now because of a head cold that’s taken me out of commission this weekend, but because of the passing of Leonard Cohen at the end of last week and possibly the cold open of Saturday Night Live, a growing number of people are following/using a Spotify Playlist I had made earlier this year in January.

If you need almost five hours of all the extant Hallelujah covers on Spotify to soothe your soul (for any reason), please feel free to save yourself the time of building it and enjoy my playlist. If you’re aware of any missing covers (that exist on Spotify), please let me know and I’m happy to add them to the collection.

Keep your chin up!

Analysis of phase 1 and 2 trials testing the safety of spinal cord transplantation of human stem cells in patients with amyotrophic lateral sclerosis (ALS) with escalating doses and expansion of the trial to multiple clinical centers.

I built the microinjectors used in these experiments for injecting stem cells into the first human patients.

CNN also has a general interest article talking about some of the results.

Links to some earlier articles:

Analysis of phase 1 and 2 trials

Objective: To test the safety of spinal cord transplantation of human stem cells in patients with amyotrophic lateral sclerosis (ALS) with escalating doses and expansion of the trial to multiple clinical centers.

Methods: This open-label trial included 15 participants at 3 academic centers divided into 5 treatment groups receiving increasing doses of stem cells by increasing numbers of cells/injection and increasing numbers of injections. All participants received bilateral injections into the cervical spinal cord (C3-C5). The final group received injections into both the lumbar (L2-L4) and cervical cord through 2 separate surgical procedures. Participants were assessed for adverse events and progression of disease, as measured by the ALS Functional Rating Scale–Revised, forced vital capacity, and quantitative measures of strength. Statistical analysis focused on the slopes of decline of these phase 2 trial participants alone or in combination with the phase 1 participants (previously reported), comparing these groups to 3 separate historical control groups.

Results: Adverse events were mostly related to transient pain associated with surgery and to side effects of immunosuppressant medications. There was one incident of acute postoperative deterioration in neurologic function and another incident of a central pain syndrome. We could not discern differences in surgical outcomes between surgeons. Comparisons of the slopes of decline with the 3 separate historical control groups showed no differences in mean rates of progression.

Conclusions: Intraspinal transplantation of human spinal cord–derived neural stem cells can be safely accomplished at high doses, including successive lumbar and cervical procedures. The procedure can be expanded safely to multiple surgical centers.

Classification of evidence: This study provides Class IV evidence that for patients with ALS, spinal cord transplantation of human stem cells can be safely accomplished and does not accelerate the progression of the disease. This study lacks the precision to exclude important benefit or safety issues.