Our work on Digital Public Infrastructure is based on the idea that it’s possible to build very different social media which might strengthen us as a public, helping us be better friends, neighbors and civic actors. Towards that goal, we’re working to map the social media space, understanding the possibilities of “alternative” social media—and we need your help.

Zuckerman and Rajendra-Nicolucci have an interesting looking research project here that aims to look at means of potentially providing more civic-minded social media.

I thought I’d take a short stab at beginning a conversation on this front as it’s an important topic that is near and dear to my heart. Not knowing if they’ve stumbled across the idea of the IndieWeb as a potential “solution” in the space, I thought I would briefly highlight a few pieces here as they relate to their stated framework involving five facets of social networks.

Naturally the IndieWeb wiki has a huge wealth of information on this broader topic as well as thousands of examples of prior art in social media (which may help their research effort), so in addition to the brief framing I’ll delineate below, I’m compelled to provide links to two useful pages:

What follows is a small portion of my personal perspective as I see things with respect to their call for ideas and their structure. Others are heartily encouraged to chime in and provide additional information or perspective.

IndieWeb as a Social Media Platform

The basic underlying technology used by the IndieWeb community is the raw web itself. The community has built and expanded on a variety of W3C web specifications including Webmention (for notifications), Micropub (for publishing tools that work anywhere with anything), IndieAuth (an extension of OAuth), WebSub (for real time notifications), and Microsub (for abstracted feed readers and feed reading). Leveraging some of these open standards, their goal is to allow anyone on the web to use their programming language, platform, or server architecture of choice to publish, consume, and interact with others. This allows .php-based CMSs like Drupal, WordPress, and WithKnown to interact with other platforms like Craft, Nucleus CMS, Grav, Elgg, Django, or static site generators like Eleventy, Hugo, Kirby or even closed source publishing software or platforms like Micro.blog, Pine.blog, or Typlog. Their work does not preclude inclusion or use of these specifications by pre-existing social networks like Facebook, Twitter, Instagram, Mastodon, etc. which could leverage them to interoperate. Indeed many in the IndieWeb are already using some of these  these building blocks to interact and provide two-way communications with these very platforms.

As an entirely volunteer, community-driven project, there is no immediate underlying economic model. Each user pays for and maintains their own service and has a greater range of control of their website and its use as well as their own data. Underlying the IndieWeb, there already exists basic businesses and competition for registering domain names and providing hosting services. Most people currently within the network (people who actively aware of and practicing IndieWeb as an idea) are building and/or self-hosting their own websites, but there is also a generally blank layer available on top of this that allows for a wide variety of businesses and revenue models. Examples of this already include some IndieWeb as a Service sorts of plays like Micro.blog, Typlog, Pine.blog, and I.haza.website which charge relatively nominal monthly fees for service.

The primary purpose of the IndieWeb space is to directly increase the ownership and control users have over their web identities and data. Much of this is predicated on having one’s own domain name and some sort of website on it. The ability to own the URLs and easily export/import data from one platform to another means that the direct competition in the space focuses on providing a higher quality of services to the user in the form of portability and ease-of-use.

From my perspective, there is no direct governance, and as such, each user (or possibly the companies they designate or delegate to) is responsible for their own content and moderation within the boundaries of their local legal system. There is also the possibility for IndieWeb friendly aggregation hubs to provide discovery related services or even groups which may provide their own governance models. Looking at the terms of use or community guidelines for a platform like Micro.blog and how it allows (or doesn’t) interaction with other websites may serve as but one example of how this may work. Keep in mind that just because Micro.blog chooses not to allow functionality like showing/sending likes on their platform doesn’t mean that others in the space couldn’t do that if they wish. Similarly, many in the IndieWeb space dovetail with portions of the Fediverse, each portion of which is governed by the local rules of the server on which those instances are run.

Since each site or sub-platform on the network may offer completely different or competing slate of functionalities, the range of affordances are seemingly limitless. Most of the sites in the space allow at least basic blogging and/or microblogging functionality as well as the ability to comment on or bookmark other content. Many sites in the space offer site-to-site notifications (via Webmention) or cross site conversation functionality. Given the increased diversity within the space, many IndieWeb sites already offer some or all of the affordances of almost every other social media platform but there is a larger diversity as many individuals can pick and choose what they want to use their personal websites for.

Now, all of this having been briefly covered, I’ll say that there is a lot more depth and subtlety built into this system because of the way it has evolved over an incredibly diverse set of implementations in the past decade. The IndieWeb is far from a complete solution and there is much more to be done on fronts like privacy, private posts/limiting audience(s), group functionality, decreasing potential abuses within the network, and etc.

Towards the idea of a Digital Public Infrastructure, I can’t help but mention that Greg McVerry and I have previously proposed/spitballed some models by which journalistic outlets (potentially in the form of town, city, or regional newspapers) or small governmental run entities (namely the vast network of public libraries) could provide their customers or constituencies some of the digital infrastructure in an IndieWeb as a Service manner. Some related practical examples of this include some universities and colleges supporting the idea of A Domain of One’s Own or Greg’s work in creating a teen camp that provides teenagers with their own websites.

If Zuckerman, Rajendra-Nicolucci, or others on their team are interested in discussing any of the above, I’m happy to provide as much time and knowledge as I can. My homepage on the web has a wealth of ways by which to get in touch with me.

I’d also invite them to join the IndieWeb chat (governed by the community’s code of conduct) where they should be more than welcome to participate and ask questions and to get the perspective of others who have also been actively working on fixing our common problems.

I spent some time tonight looking at Substack as a platform. It’s impressive just how many people I follow on Twitter use it as yet-another-platform to be on. I wonder how much duplication of content they’re generating? How I wish that everyone could simply have one canonical place to follow them.

IFTTT, when are you going to add the ability to add a “That” target using Micropub? Currently there is either native Microsub support or plugins for a variety of platforms or CMSs like WordPress, Drupal, micro.blog, WithKnown, Craft CMS, Jekyll, Kirby, Hugo, Blot, etc.

Similar to something like webhooks, these endpoints can be used to send a wealth of data from one place to another. Right now I can see a great use case for going from almost any target that’s currently supported to a variety of endpoints that are currently built for websites or blogging use cases.

Leveraging Micropub may also make it easier to target a simpler common “surface” instead of dovetailing with hundreds of individual CMS platforms and their APIs.

I’ve been able to use Micropub with Webhooks to get around the current IFTTT limitations, but there is a lot more you might be able to do with it as a company while making it easier for customers as well.

Congratulations and welcome!
It just doesn’t get more badass than this!

Spot the silhouette of a Northern Goshawk in flight. Identify the raucous call of the Red-winged Blackbird. Discover the secret of picking out a Chipping Sparrow from its look-alike cousins. It's simple with this classic field guide, a treasured favorite among amateur bird lovers and exacting professionals. Recognized as the authority on bird identification, this invaluable resource provides:

This seems to have most North American birds with good layouts, information, sonograms, and ranges. Could be a solid contender and is a nice size.

Peterson First Guides are the first books the beginning naturalist needs. Condensed versions of the famous Peterson Field Guides, the First Guides focus on the animals, plants, and other natural things you are most likely to see. They make it fun to get into the field and easy to progress to the full-fledged Peterson Guides.

A very slim, but nice pocket-sized guide. Probably the least comprehensive on my list. Has some basic names, info, and few pictures than others. Opening was pretty good on laying out structure for what to look out for.

This is definitely not the guide for me. 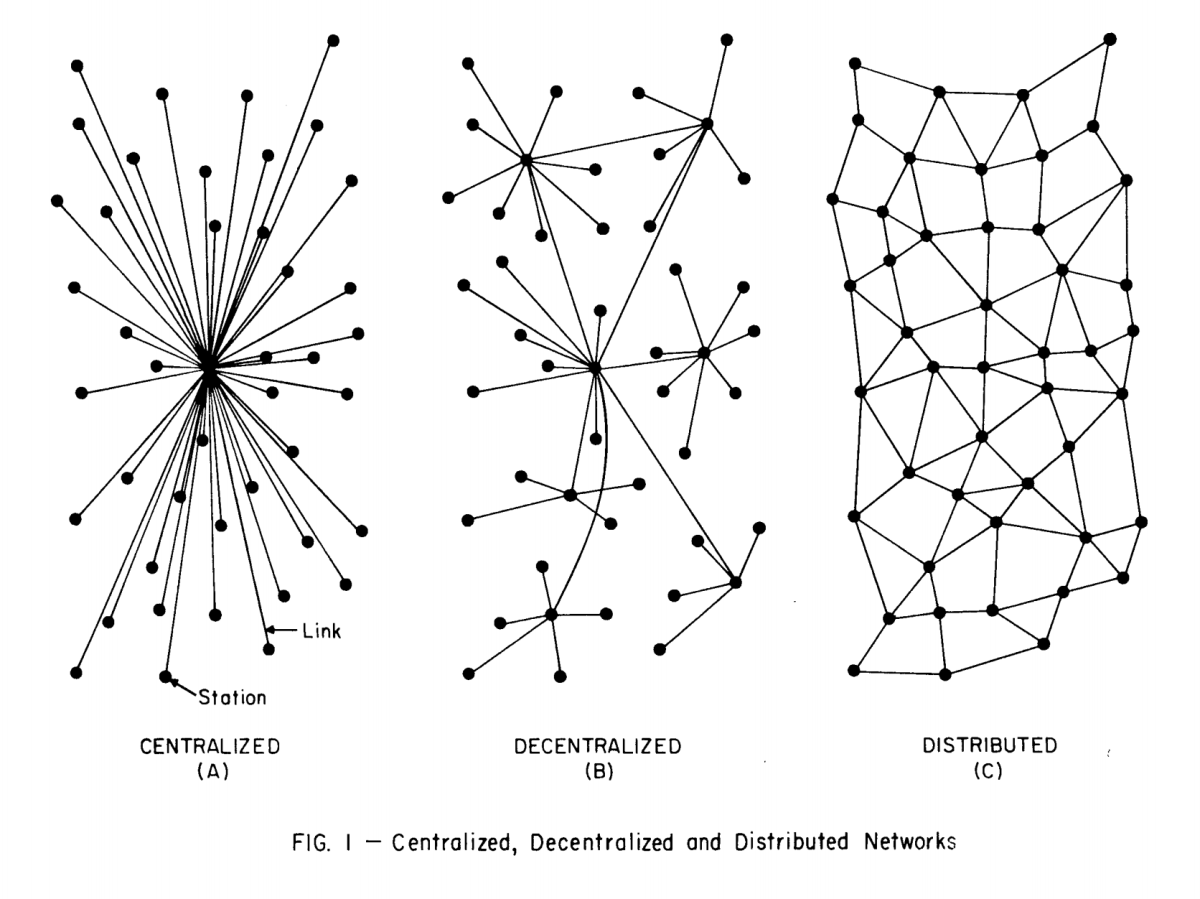