This morning I set out to download all my Slideshare content. As Slideshare is becoming part of Scribd this month, I’m shutting my Slideshare account down (and will shut down both the Slideshare and Scribd accounts of my company as well). Yesterday I downloaded the CSV file you get when you go to ...

I don’t think I have much there but I should look at export soon.

Owning your own data is great. I’ve been using this website as the central IndieWeb point of my online life for over five years, and I love it. However, the joy of owning your own website comes bundled with great responsibility: as the website owner, I am responsible for what’s on my site and fo...

This didn’t work as expected on my mobile phone (no image or tooltip).

It could be an interesting way to effect sparklines for people on one’s site as well as to do person-tags.

It’s nice not to need to store the data on one’s own website, but it also means thinking about degradation of links over time as well as needing a particular permalink (? I’ll have to look at the particular details) to have the transclusion work.

Hello, the unroll you asked for: @Ada_Palmer: Recently, I saw a thesis adviser mark points off a history student's thesis for including a 19th c 2ndary… https://t.co/3WwzjDaLB8 Share this if you think it's interesting.

Ada, it’s a new feature, but if you go to https://threadreaderapp.com/account/author, you can authenticate to your website and post the thread to your blog as an article for posterity. 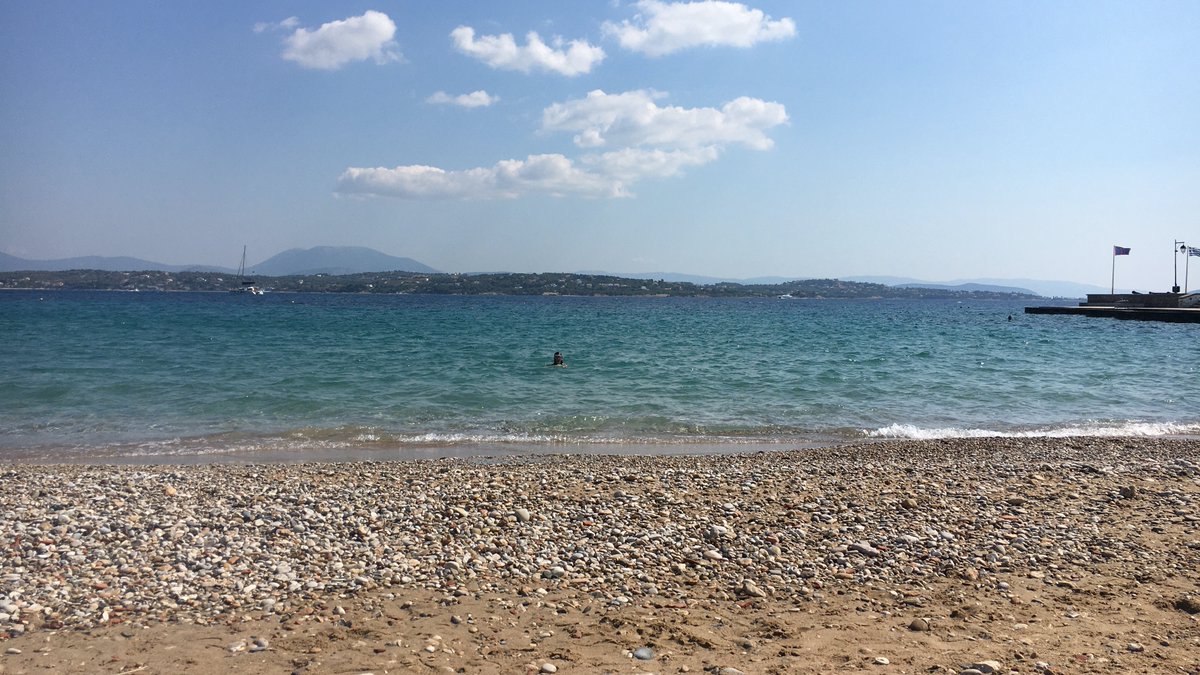 I'm working on a tool that will convert a twitter thread to a post for my blog. I got the idea from @ChrisAldrich's tweet . // @vrypan→
I wish @ThreadReaderApp had the ability to authenticate into my personal website & publish a copy of my tweetstorms into my blog using Micropub. This would be a ...

This is an awesome idea! Is the code open source?

I don’t have a specific “Edit” post kind on my website (yet!), but I’ve set things up–using a prior recipe–so that edits I make to the IndieWeb wiki are syndicated (via PESOS) to the Micropub endpoint on my website to create draft posts on my personal website!

Presently they were easiest to map to my website as bookmarks until I can create the UI to indicate edits, but changing the UI piece, and retroactively modifying some data for posts, should be fairly simple and straightforward for me.

I’m not sure I’ll keep the entire diff content in the future, but may just keep the direct text added depending on the edit and the potential context. We’ll play around and see what comes of it. It’s reasonably sure that I may not post everything publicly either, but keep it as either a draft or private post on my website. In some cases, I may just add the edit syndication link on an original bookmark, read, watch, or other post type, a pattern which I’ve done in the past for articles I’ve read/bookmarked in the past and simply syndicated manually to the wiki.

I’ll also need to tinker with how to save edits I make directly in the chat channels via Loqi, though I think that is straightforward as well, now that the “easy” part has been done.

I only wish I had thought to do this before I made the thousands of edits to the wiki earlier this week. Both IndieWebCamp West 2020 and the edits for part of organizing that were the inspiration for finally getting around to doing this.

This isn’t as slick as the process Angelo Gladding recently did a demo of and is doing to syndicate his edits to the wiki from his website using a POSSE syndication workflow, but I’ll guarantee my method was way less work!

Also, since my edits to the wiki are made as CC0 contributions, the POSSE/PESOS flow doesn’t make as much difference to me as it might on other social silos.

I don’t edit Wikipedia incredibly often, but perhaps I set that functionality up shortly too.

I’ll get around to fixing the remainder of the presentation and UI shortly, but it’s not a horrific first pass. It’s at least allowing me to own copies of the data I’m putting out on the Internet.

On the weekend, publisher Pragmatic Programmers migrated to a new system, which is noticeably faster than the previous one. That's good. But the new version lacks the wish list. Now, I don't know if it's an artifact of migration and wish list is to be reinstated, or if it was a deliberate decision t...

I just automated my creating stars on Github to syndicate that intent and data (by PESOS) back to my website as bookmarks. Here’s an example on my site.

This is done using a variation of Using IFTTT to syndicate (PESOS) content from social services to WordPress using Micropub.

As part of this I used the feed pattern https://github.com/{{username}}.atom to input a feed which I’m filtering with my username and the word “starred” to pull out the correct items to syndicate.

I couldn’t find a permalink URL for the star itself, so I’m adding a syndication link that points to the page of “stargazers” for the individual repo that I’m bookmarking.

While GitHub calls these stars and I might have mapped them to “likes” on my website, I’ve always thought of my intent as more of a bookmark. In practice I often use my stars as bookmarks for things I want to come back to visit on their site anyway. Since it’s my website and I have the control, I get to choose.  Of course I also have the facility to create a star post kind on the site too, but the semantic difference just doesn’t warrant the work.

I’ve now got about 20 webhooks set up to pull back data out of silos like this including ones for GoodReads, GitHub, Hypothes.is, Last.fm, Spotify, Untappd, Twitter, Letterboxd, Diigo, Reading.am, Huffduffer, Google Calendar, Meetup.com, YouTube and Pocket.

One of my favorite online tools is Hypothes.is. It allows you to annotate web pages as you would a book. When you’re using Hypothes.is you can highlight text on a webpage or add notes. The tool can be used to take private notes, but it becomes all the more powerful when you use it for collaborat...

By taking the content AND the conversation around it out of the hands of “big social media” and their constant tracking and leaving it with the active participants, we can effect far more ethical EdTech.

When the course is over, the student has an archive of their readings, work, and participation (portfolio anyone?) on a site they own. They can choose to leave it public or unpublish it and keep private copies.

These plugins with WordPress allow teachers to post course content and students can then post their responses on their own sites and send notifications that they’ve read, listened to, or watched that content along with their ideas and commentary. 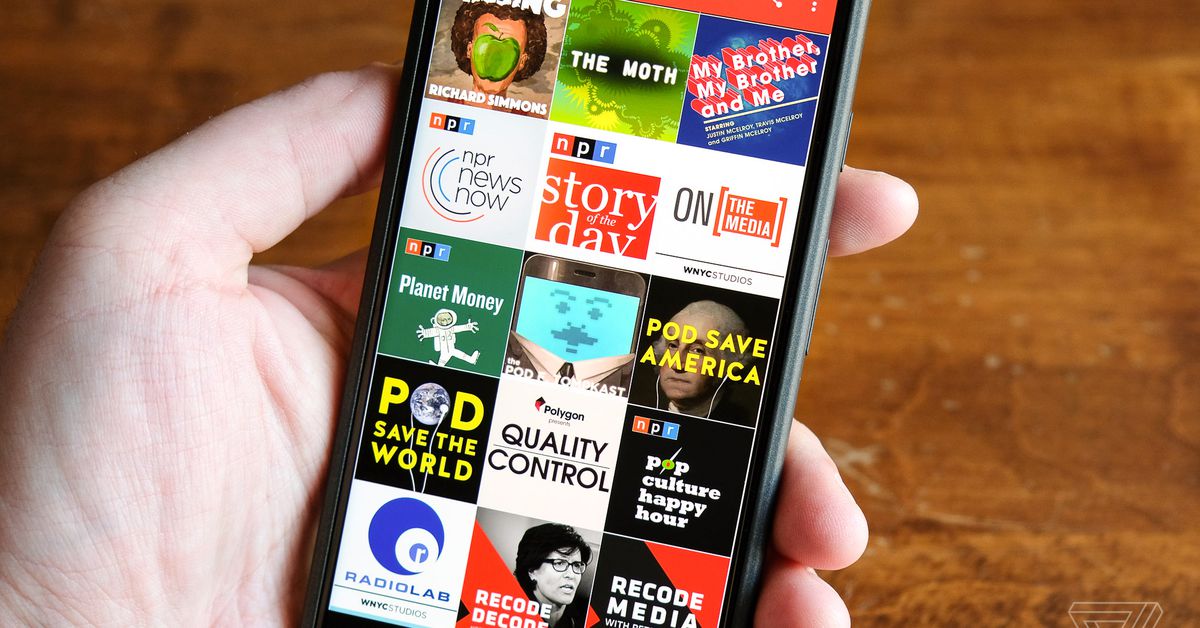 Owning their own pieces of distribution is going to be key to their long term interests. This is a brilliant move.

Taking back control of my content, I’m pulling my (modest) book reviews from Goodreads back to my blog. An underrated favourite of mine is Last Chance to See by the astounding Douglas Adams. #indieweb #books #ownyourdata

Congrats! I love the increasing number of people I’ve seen even in the last few days working on this! Are you using IndieBookClub.biz to post to your website?

I’m waiting for people to start documenting examples of owning their knitting on their websites and syndicating to/from Ravelry. #​IndieWebKnittingChallenge

The other day Bob Garfield had a good kvetch about dumb comments on newspaper websites on his show, On The Media, and I posted my two cents, but I still don’t feel better. I think that’s because Bob’s partly right: comments do suck sometimes.

So, instead of just poking him for sounding like Grandpa Simpson, I’d like to help fix the problem. Here are ten things newspapers could do, right now, to improve the quality of the comments on their sites. (There are lots more, but you know how newspaper editors can’t resist a top ten list.)

I love this list which I feel is very solid. I also think that newspapers/magazines could do this with an IndieWeb approach to give themselves even more control over aggregating and guiding their conversations.

Instead of moving in the correct direction of taking more ownership, most journalistic outlets (here’s a recent example) seem to be ceding their power and audience away to social media. Sure people will have conversations about pieces out in the world, but why not curate and encourage a better and more substantive discussion where you actually have full control? Twitter reactions may help spread their ideas and give some reach, but at best–from a commentary perspective–Twitter and others can only provide for online graffiti-like reactions for the hard work.