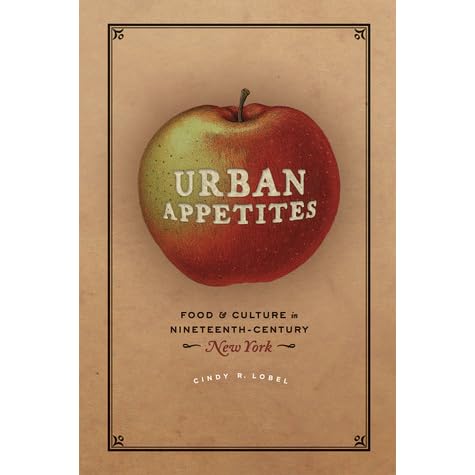 Glossy magazines write about them, celebrities give their names to them, and you’d better believe there’s an app (or ten) committed to finding you the right one. They are New York City restaurants and food shops. And their journey to international notoriety is a captivating one. The now-booming food capital was once a small seaport city, home to a mere six municipal food markets that were stocked by farmers, fishermen, and hunters who lived in the area. By 1890, however, the city’s population had grown to more than one million, and residents could dine in thousands of restaurants with a greater abundance and variety of options than any other place in the United States. Historians, sociologists, and foodies alike will devour the story of the origins of New York City’s food industry in Urban Appetites. Cindy R. Lobel focuses on the rise of New York as both a metropolis and a food capital, opening a new window onto the intersection of the cultural, social, political, and economic transformations of the nineteenth century. She offers wonderfully detailed accounts of public markets and private food shops; basement restaurants and immigrant diners serving favorites from the old country; cake and coffee shops; and high-end, French-inspired eating houses made for being seen in society as much as for dining. But as the food and the population became increasingly cosmopolitan, corruption, contamination, and undeniably inequitable conditions escalated. Urban Appetites serves up a complete picture of the evolution of the city, its politics, and its foodways.

Came across this excellent sounding history of food in New York via the author’s obituary in the New York Times.