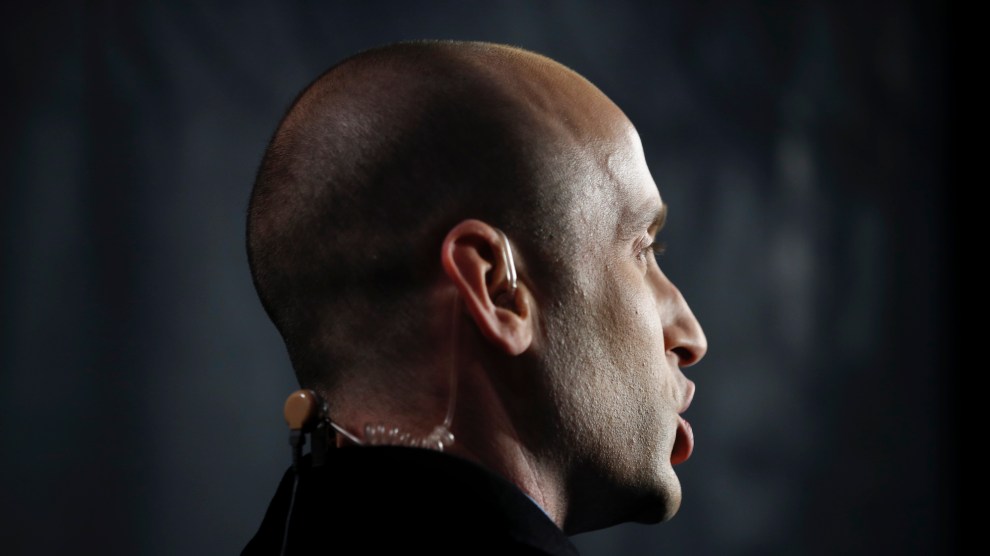 In private emails in 2015 and 2016, President Donald Trump’s top immigration adviser touted a vilely racist novel that warns of a migrant invasion, promoted the ideas of white nationalist publications, and raged at retailers who stopped selling Confederate flags in the wake of the massacre of black churchgoers in Charleston, South Carolina.

On Tuesday, the Southern Poverty Law Center published excerpts of emails Stephen Miller, the architect of Trump’s assaults on immigrants, sent to the right-wing outlet Breitbart. Miller’s embrace of ideas and language used by the “white replacement” conspiracy theorists who populate alt-right forums has long been known. But the unusual thing about the emails, which were provided to the SPLC by a disaffected former Breitbart editor, Katie McHugh, is that they come from a time when Miller was willing to put his ideas in writing. These days, well aware that he’s a target for Trump’s critics, he’s careful to avoid a paper trail by sticking to phone calls.