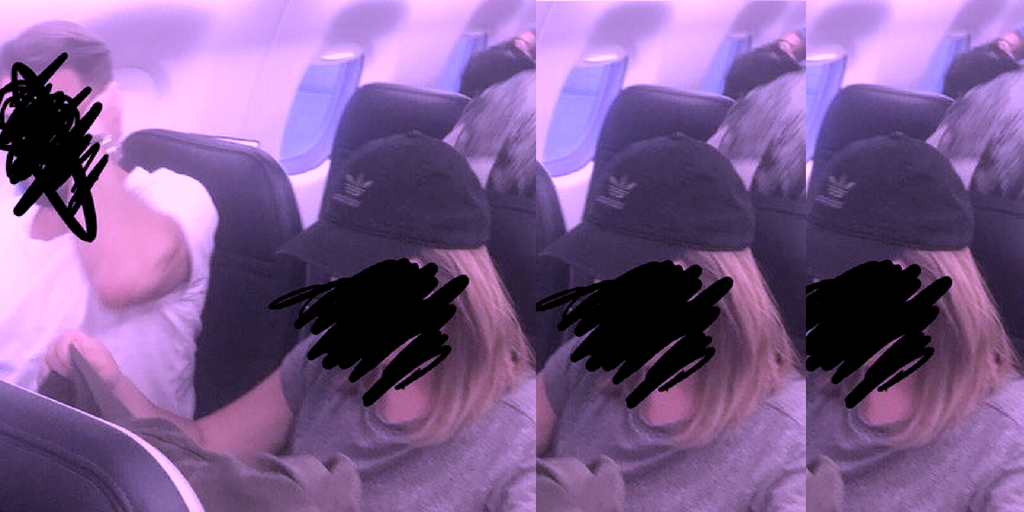 A woman gets on a plane. She’s flying from New York to Dallas, where she lives and works as a personal trainer. A couple asks her if she’ll switch seats with one of them so that they can sit together, and she agrees, thinking it’s her good deed for the day. She chats with her new seatmate and ...

This story brings up some interesting questions about private/public as well as control on the internet. Social media is certainly breaking some of our prior social norms.

To summarize his argument, the media industry wants to broaden our definition of the public so that it will be fair game for discussion and content creation, meaning they can create more articles and videos, meaning they can sell more ads. The tech industry wants everything to be public because coding for privacy is difficult, and because our data, if public, is something they can sell. Our policy makers have failed to define what’s public in this digital age because, well, they don’t understand it and wouldn’t know where to begin. And also, because lobbyists don’t want them to.  ❧

We actively create our public selves, every day, one social media post at a time.  ❧

Even when the attention is positive, it is overwhelming and frightening. Your mind reels at the possibility of what they could find: your address, if your voting records are logged online; your cellphone number, if you accidentally included it on a form somewhere; your unflattering selfies at the beginning of your Facebook photo archive. There are hundreds of Facebook friend requests, press requests from journalists in your Instagram inbox, even people contacting your employer when they can’t reach you directly. This story you didn’t choose becomes the main story of your life. It replaces who you really are as the narrative someone else has written is tattooed onto your skin.  ❧

What Blair did and continues to do as she stokes the flames of this story despite knowing this woman wants no part of it goes beyond intrusive. It is selfish, disrespectful harassment.  ❧

Previously this was under the purview of journalists who typically had some ethics as well as editors to prevent this from happening. Now the average citizen has been given these same tools that journalists always had and they just haven’t been trained in their use.

How can we create some feedback mechanism to improve the situation? Should these same things be used against the perpetrators to show them how bad things could be?  ❧

A friend of mine asked if I’d thought through the contradiction of criticizing Blair publicly like this, when she’s another not-quite public figure too.  ❧

Did this really happen? Or is the author inventing it to diffuse potential criticism as she’s writing about the same story herself and only helping to propagate it?

There’s definitely a need to write about this issue, so kudos for that. Ella also deftly leaves out the name of the mystery woman, I’m sure on purpose. But she does include enough breadcrumbs to make the rest of the story discover-able so that one could jump from here to participate in the piling on. I do appreciate that it doesn’t appear that she’s given Blair any links in the process, which for a story like this is some subtle internet shade.

But Blair is not just posting about her own life; she has taken non-consenting parties along for the ride.  ❧

the woman on the plane has deleted her own Instagram account after receiving violent abuse from the army Blair created.  ❧

Feature request: the ability to make one’s social media account “disappear” temporarily while a public “attack” like this is happening.

We need a great name for this. Publicity ghosting? Fame cloaking?

One thought on “👓 We Are All Public Figures Now | Ella Dawson”