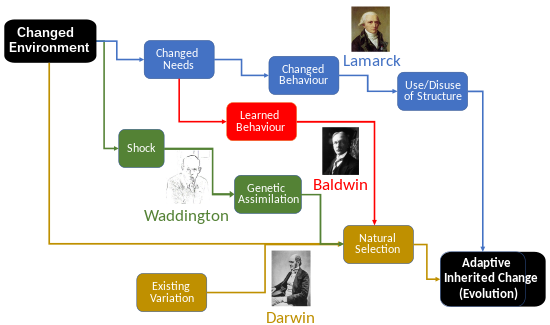 In evolutionary biology, the Baldwin effect describes the effect of learned behavior on evolution. In brief, James Mark Baldwin and others suggested during the eclipse of Darwinism in the late 19th century that an organism's ability to learn new behaviors (e.g. to acclimatise to a new stressor) will affect its reproductive success and will therefore have an effect on the genetic makeup of its species through natural selection. Though this process appears similar to Lamarckian evolution, Lamarck proposed that living things inherited their parents' acquired characteristics. The Baldwin effect has been independently proposed several times, and today it is generally recognized as part of the modern synthesis.

Reminded about this by the lizard article I saw the other day. Worth digging back into again…