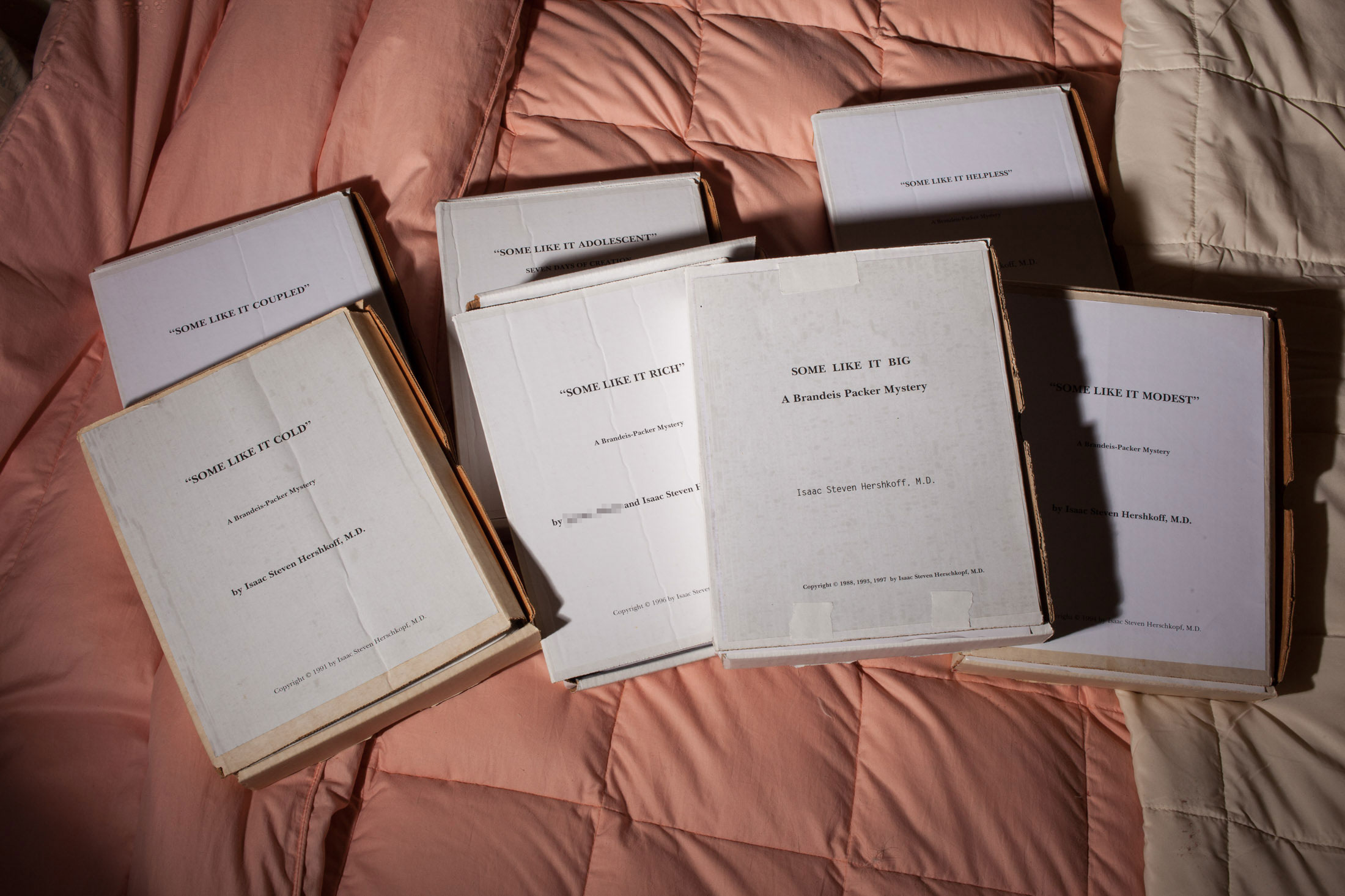 Detective novels. Personal memoirs. Patient notes. Marty Markowitz spent hundreds of hours typing and retyping them all, until he finally had enough.

Brandeis is the brilliant protagonist of seven unpublished murder mysteries written by Herschkopf, with titles including “Some Like It Big” and “Some Like It Modest.” And that was just the beginning of the doctor’s literary output. In addition to lectures and published letters to the editor and columns, there were self-help books about marriage and family and a 1996 memoir describing a difficult childhood in a household of Holocaust survivors — a dozen manuscripts in all written by Herschkopf.

And typed by Marty Markowitz.