The Art of Memory in Renaissance scholarship was, for many years, confined to a footnote in classical rhetoric, until Francis Yates’s groundbreaking study of 1966 argues for its considerable influence on hermetic philosophy and literature. Over the last few decades, another shift in scholarship has occurred that goes well beyond Yates’s conceptualization of memory as an occult and occulted phenomenon in the history of ideas. Recent studies suggest memory to be less a theme or idea than the prevailing episteme, whose discourses, practices, and mentations produce and reproduce Renaissance culture. Humanism’s project of recovering the past by retrieving and reconstructing textuality privileges recollection as a mode of epistemological engagement with the world, as a means of subjective and collective identity formation, and as an organ for achieving ethical goals. For that reason, memory finds itself involved in the passage to modernity, when its ascendancy is challenged by the rise of seventeenth-century science and fall of rhetoric, the emergence of the European nation state, and the explosion of the printing press and book technologies. Acknowledging this new direction in scholarship, this volume seeks to trace the plurality and complexity of memory’s cultural work throughout the English and Continental Renaissance. Among the thinkers and writers to receive attention are Thomas Hoby, Conrad Gesner, Erasmus, Conrad Celtis, Johann Sturm, Machiavelli, Jehan du Pré, Spenser, Robert Hooke, Milton, Sebastian Münster, and Shakespeare. A long critical and historical afterword extends the historical contexts around the contributions and provides an overview of the materials central to the field, as well as a sense of the field’s future development.

In new court papers, 'Simpsons' producers say they were surprised and disturbed to learn that Alf Clausen was having his son and others create music for the animated comedy. Fox demands an end to an age bias suit as an impingement of its First Amendment-protected decision-making about the show's music.

No need to be a Houdini or a Trilby to work these amazing card tricks or mind-reading feats. Just let Dr. Bruno Furst train your mind. By Dr. Bruno Furst (Dr. Bruno Furst, lawyer and psychologist, is the director and founder of the school of Memory and Concentration with headquarters in New York and branches all over the country, South America, and Canada. Its Correspondence Course Division extends over five continents. Dr. Furst's system is taught at many Universities, Colleges, Adult Education Centers, Business Firms, and Trade Associations.)

I think it’s a shame that there is no good, definitive collection of notable quotes by everyone’s favorite musicians. So I’ve begun collecting quotes from different books I have and from across the internet. Below you’ll see the quotes organized by musician, and the number next to each name is how many quotes I have so far for that person.

Conradus Celtis, German scholar known as Der Erzhumanist (“The Archhumanist”). He was also a Latin lyric poet who stimulated interest in Germany in both classical learning and German antiquities. Celtis studied at the universities of Cologne and Heidelberg and was crowned poet laureate by the Holy...

Conrad Celtes (German: Konrad Celtes; Latin: Conradus Celtis (Protucius); 1 February 1459 – 4 February 1508) was a German humanist scholar and poet of the German Renaissance born in Franconia (nowadays part of Bavaria). He led the theatrical performances at the Viennese court and reformed the syllabi. In 1500, he published Tacitus' "Germania" and his rediscovered works (e.g. Hrotsvit von Gandersheim, 1501) and wrote the "Quatuor libri amorum" in 1500, after the model of Ovid.

My post on the history of the major system 13 listed Major Beniowski as the source of the name of the Major System.
However, a reader commented with some skepticism that the Major System is named after the Major.


This is a fantastic website, but there are several important errors on this page. For example, is there really any evidence that the “Major” system was named after Major Beniowski? I’ve never seen any proof of this, and it seems highly unlikely, for the following reasons: (a) Then wouldn’t it be called the “Beniowski System”? (And if he’d been just “Mr. Beniowski”, would anyone call it the “Mr. System”?); (b) Beniowski was a fairly obscure character in the history of mnemonics, compared to Feinaigle, Paris, et al.; (c) There are significant differences between Beniowski’s phonetic key and the most popular one today: i.e., Beniowski used /h/ and /w/, which means he wasn’t following Aimé Paris directly; and (d) MOST IMPORTANTLY, Tony Buzan was calling it the “Major System” at least 30 years ago, but only in the sense that it’s the “major” (primary, etc.) system for memorizing numbers – there was no mention whatsoever of Beniowski. (Of course examples of “minor” systems would be shapes, 2 = swan, and rhyming, 2 = shoe.) Here’s a great, short bio of Major Bartlomiej Beniowski: http://www.chartistancestors.co.uk/major-bartlomiej-beniowski-chartisms-military-adviser/
Sheldon

Does anyone have any background info on the origin of the term? Has Tony Buzan ever talked about where he got the name from? I don’t think that Harry Lorayne used the term Major System, but I’m not sure.

I spent some time last night quickly skimming through my copy of Bruno Furst’s You Can Remember (a home study course in 12 booklets, rather than a book) and copies of How to Remember (Greenberg, 1944; I’ve got the 1947 edition) which was later reprinted as The practical way to better memory. In all of them he’s pretty consistent in using the phrases “The Basic List” (for 0-9 letter/numbers) and “The Number Code” to refer to the functionality of the Major System. That I can see he definitely doesn’t use Major System to describe the idea.

Furst doesn’t make any references to prior art or work in the historical record except the one which @Graham has mentioned. It appears on p131 of How to Remember as:

This numerical system has been used by Berol, Roth, Loisette and other writers on the subject, and it seems pointless not to avail ourselves of a tested method which has proved satisfactory for many years.

There’s also a reference on page 56 of How to Remember:

Books of modern times dealing with association-laws, for instance those by Loisette and Poehlmann, are divided as follows in respect to the differences in concepts from a purely practical point of view

I’m digging up copies of David M. Roth’s Roth Memory Course, Felix Berol’s Berol System (which may have included work by his brothers William and Max), and Christof Ludwig Poehlmann aka Christopher Louis Pelman about whom I’ve found a nice trove of material on a related method at https://www.ennever.com/histories/history386p.php?sitever=standard. I don’t have much hope that any of these references will credit any of their prior sources as most of them seem to have made their livings on their courses and writing and wouldn’t have wanted to “give away their sources as potential competition”.

There is a chance that Major Beniowski was the source of the system for all of these authors given the relatively wide spread nature of his work during his life, his international travel, and the fact that he spoke multiple languages. But at the same time there’s a large number of people using this or similar methods in the 1800’s. Having more direct evidence would be useful. I only became aware of the moniker by seeing it on the Wikipedia page, and previously used the “number system” as Furst did to describe it.

I do notice that Furst uses the phrase “Furst Method” at least once in his correspondence course, but it’s in reference to the Major System and several other peg and related systems (notably not the method of loci in *You Can Remember*). It seems fairly regular for practitioners of this time period who were writing books to use their surname and call it their method.

One interesting case seems to be that of Marcus Dwight Larrow alias Silas Holmes alias Alphonse Loisette (referenced by Furst) who peddled a system for inordinate sums (including to Mark Twain who gave him a testimonial at the time). His system was exposed in a book in 1888 and was interesting or influential enough to have garnered a book review in the journal Science (see: “Loisette” exposed, together with Loisette’s Complete System of Physiological Memory. By G. S. FELLOWS. New York, The Author. 8‡ 25 cents published 20 July 1888).

on #dayofdh2020 i am writing documentation 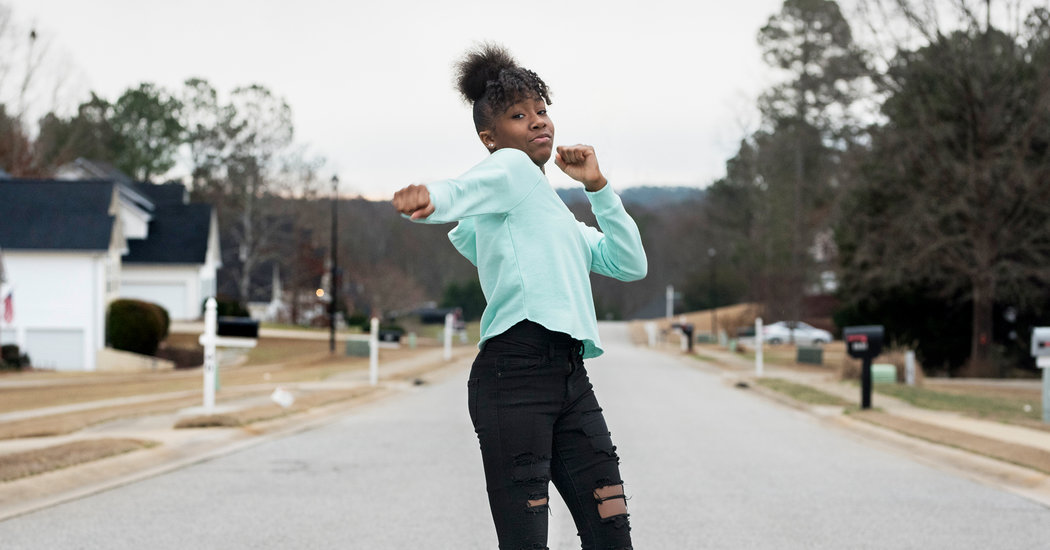 14-year-old Jalaiah Harmon created one of the biggest dances on the internet. But nobody really knows that.

Good morning web builders and designers! How can we make this a reality within more platforms to help creators like Jalaiah Harmon?

Why should programmers on platforms like GitHub have all the fun and leave out dancers on Dubsmash, Funimate, ‎Likee, Triller, and TikTok?

No doubt many have already seen that Springer has released about 500 books for free during the COVID-19 pandemic. According to Springer, these textbooks will be available free of charge until at least the end of July.

A bit of Googling will reveal people who’ve already written some code to quickly download them all in bulk as well. I’m happy with doing things manually as there’s only a handful of the 8GB of textbooks I’m interested in.

Browsing through, I’ll note a few that look interesting and which foodies like my friend Jeremy Cherfas may enjoy. (Though I suspect he’s likely read them already, but just in case…) 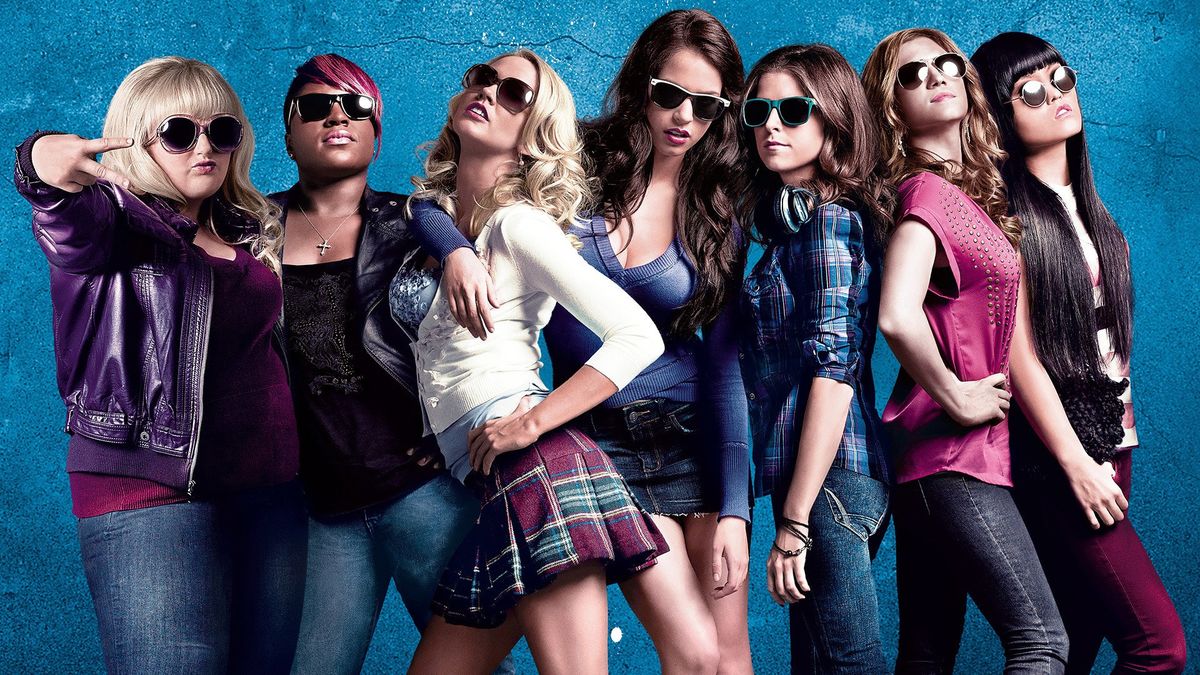 Directed by Jason Moore. With Anna Kendrick, Brittany Snow, Rebel Wilson, Anna Camp. Beca, a freshman at Barden University, is cajoled into joining The Bellas, her school's all-girls singing group. Injecting some much needed energy into their repertoire, The Bellas take on their male rivals in a campus competition.

Directed by Marc Daniels. With Lucille Ball, Desi Arnaz, Vivian Vance, William Frawley. After Ricky loses his job when he asks for a raise, Lucy comes up with a plan to demonstrate to his boss how important he is.

Directed by Marc Daniels. With Lucille Ball, Desi Arnaz, Vivian Vance, William Frawley. Lucy tries to convince Ricky that he is not losing his hair.