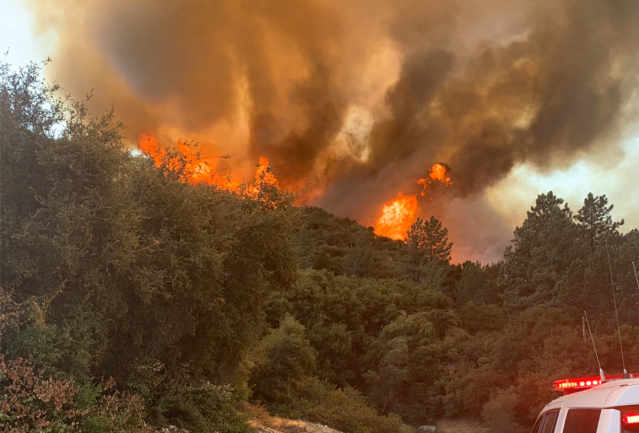 A rapidly spreading fire in the Angeles National Forest near the Azusa area is threatening structures on Sunday, officials said.

The Bobcat Fire erupted around 12:20 p.m. and has scorched about 1,800 acres of heavy fuels, according to forest officials. Video from the scene shows smoke rising from the Azusa area.

I noticed that the late afternoon sun was coming in an odd orangish-yellow and presumed there was a fire somewhere. I didn’t know it was this close to the house though!