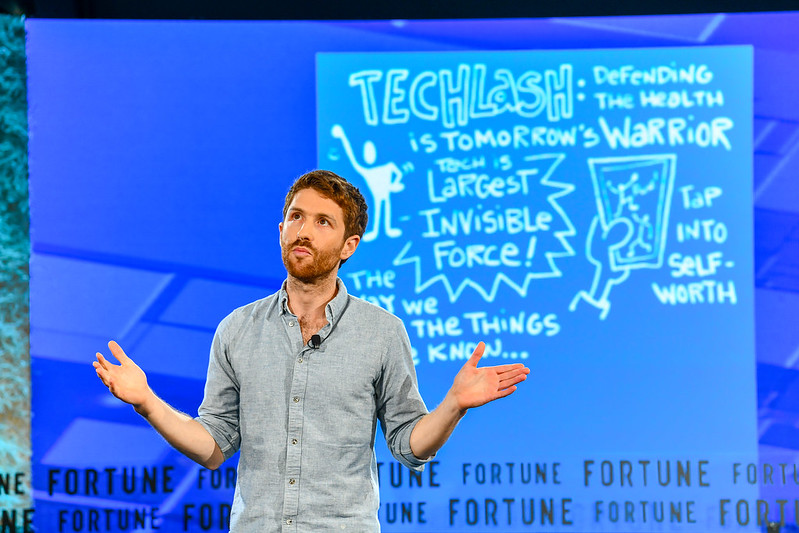 Prodigal tech bro stories skip straight from the past, when they were part of something that—surprise!—turned out to be bad, to the present, where they are now a moral authority on how to do good, but without the transitional moments of revelation and remorse.

I also wish that the many, exhausted activists who didn’t take money from Google or Facebook could have even a quarter of the attention, status and authority the Prodigal Techbro assumes is his birth-right. ❧

Nighat Dad runs the Digital Rights Foundation in Pakistan, defending online freedom of expression and privacy for women, minorities and dissidents. That’s real courage. Gus Hosein has worked in tech and human rights for over 20 years, runs Privacy International, the UK-based non-profit, and is the most visionary thinker I know on how to shake up our assumptions about why things are as they are.  Bianca Wylie founded the volunteer-run Open Data Institute Toronto, and works on open data, citizen privacy and civic engagement. The “Jane Jacobs of the Smart Cities Age,” she’s been a key figure in opening up and slowing down Alphabet’s Sidewalk Labs juggernaut in Toronto. Aral Balkan runs Small Technology Foundation and works on both the tools and the policies to resist surveillance capitalism. Unafraid of being unpopular, even with other activists, Balkan freely hammers rights organizations or conferences for taking big tech’s sponsorship money while criticizing the companies’ practices. In the western Balkans, hvale vale works tirelessly and cheerfully on women’s rights, sexual rights and the political and practical path to a feminist internet. Robin Gross,  a Californian intellectual property lawyer, could have put her persistence and sheer pizazz to work defending big entertainment companies, but instead she’s worked for decades against the copyright maximalism that strangles artists’ creativity and does nothing to increase their incomes. I would love to hear their voices amplified, not (just) the voices of those who took a decade and more to work out the rottenness at the core of big tech. ❧

An interesting list of anti-big tech evangelists and activists. I’ve got some issues with Aral being included here–as a prior professional iOS app developer, he’s more likely a counterexample of just the thing she’s talking about here.
Annotated on September 14, 2020 at 11:16AM

I’m re-assessing how often I help out well-established men suddenly interested in my insights and contact book. It’s ridiculous how many ‘and I truly mean them well’s I cut out of this piece, but I really do, while also realizing I help them because they ask, or because other people ask for them. And that coffee, those introductions, that talk I gave and so much more of my attention and care—it needs to go instead to activists I know and care about but who would never presume to ask. Sometimes the prodigal daughter has her regrets, too. ❧

We all need to do a better job of amplifying the voices that have been marginalized for too long.
Annotated on September 14, 2020 at 11:23AM