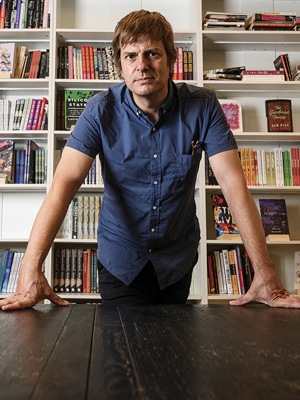 Andy Hunter, the cofounder of Electric Literature and Literary Hub, launches Bookshop, an e-commerce platform that promises indie bookstores a way to take back sales from Amazon.

This looks interesting… Sadly a lot of their options seem to be very ActivityPub-centric, despite the fact that the site itself is run on WordPress (and they neglect to list it as an option as far as I can tell). Admittedly they do seem to be directed toward the non-technical user, but there are lots of options they’re also not listing here too. They’re also not mentioning the potential for abuse that some of these software present, particularly when they’re run by other people, or collectives of other people. While switching from Twitter to Mastodon may be a short term solution, your choice of particular instance could end you right back where you came from if you’re not careful or not running your own personal instance.

Missing from many of these lists are things like micro.blog and a plethora of IndieWeb-related projects.

With that said, it’s at least a start on overcoming some of the hurdles that exist for finding alternatives.