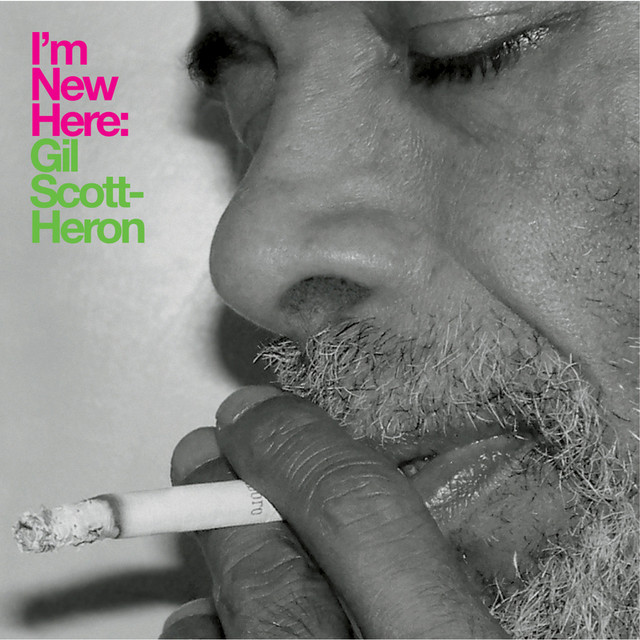 I'm New Here is the 13th and final studio album by American vocalist and pianist Gil Scott-Heron. It was released on February 8, 2010, by XL Recordings and was his first release of original music in 16 years, following a period of personal and legal troubles with drug addiction.

The record was produced by XL owner Richard Russell, who was influenced by the 2009 self-titled debut album of English band the xx.[1] I'm New Here is a post-industrial blues album, with spoken word folk songs and trip hop interludes.

I'm New Here received positive reviews from most critics and debuted at number 181 on the US Billboard 200, selling 3,700 copies in its first week. It was promoted with the single "Me and the Devil", an adaptation of blues musician Robert Johnson's "Me and the Devil Blues" (1937). A remix of the album, titled We're New Here, was produced by the xx's Jamie xx and released by XL in 2011.

You can’t spend a chunk of the afternoon reading about Gil Scott-Heron without jumping into his work.

I liked the nod of the Kanye West sampling of Flashing Lights on the song On Coming from a Broken Home as a reverse homage to a generation of hip hop artists and rappers sampling Scott-Heron.