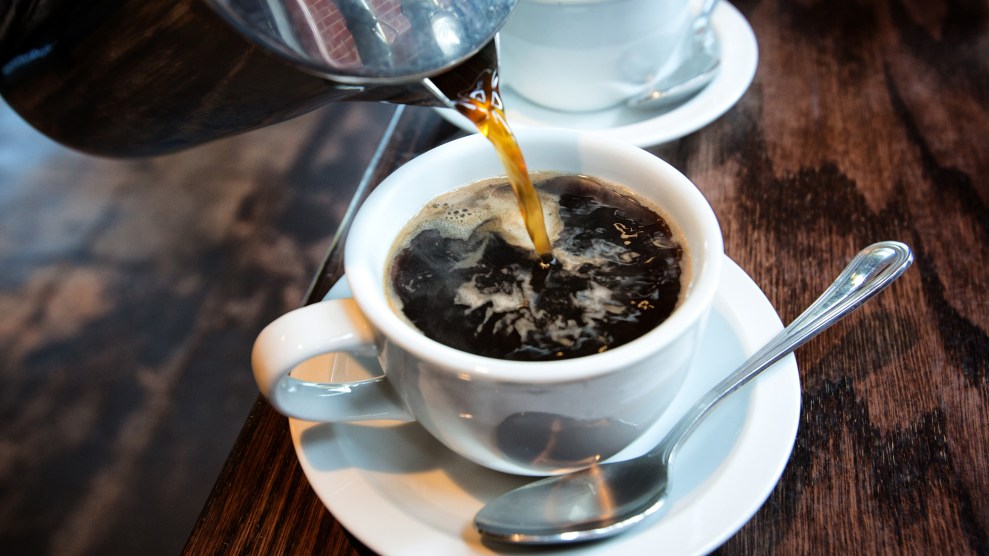 That cuppa joe you just sipped? Its long journey to your cup was made possible by shipping containers—those rectangular metal boxes that carry everything from TVs to clothes to frozen shrimp. And there’s a whole host of characters whose lives revolve around this precious cargo: gruff captains, hearty cooks, perceptive coffee tasters, and competitive tugboat pilots. This is the world journalist Alexis Madrigal illuminates in his new podcast Containers. Alexis tells us how the fancy coffee revolution is shaking up the shipping industry, and reveals his favorite sailor snack. Bite celebrates its first birthday, and Kiera gets up-close-and-personal with a kitchen contraption that’s sweeping the nation: the InstantPot.

This is a cool new podcast I hadn’t come across before. This particular episode is a bit similar to my favorite podcast Eat This Podcast, though as a broader series it appears to focus more on culture and society rather than the more scientific areas that ETP tends to focus on, and which I prefer.

The bulk of this episode, which discusses shipping and containers (really more than food or coffee which is only a sub-topic here), reminds me of the book The Box: How the Shipping Container Made the World Smaller and the World Economy Bigger by Marc Levinson which I’d read in July/August 2014. (The book is now in its second addition with an additional chapter.) I suspect it was some of the motivating underlying material for Alexis Madrigal’s Containers podcast series.[1] The book had a lot more history and technical detail while I suspect Madrigal’s series has more of the human aspect and culture thrown in to highlight the effect of containerization. I’m subscribing to it and hope to catch it in the next few weeks. The discussion here is a quick overview of one of his episodes and it goes a long way towards humanizing the ever increasing linkages that makes the modern world possible. In particular it also attempts to put a somewhat more human face on the effects of increasing industrialization and internationalization of not only food production, but all types of manufacturing which are specifically impacting the U.S. (and other) economy and culture right now.

The InstantPot segment was interesting, particularly for cooking Indian food. I’m always intrigued by cooking methods which allow a modern home cook to better recreate the conditions of regional cuisines without the same investment in methods necessitated by the local cultures. Also following Alton Brown’s mantra, it sounds like it could be a useful multi-tasker.

h/t to Jeremy Cherfas and his excellent Huffduffer feed for uncovering this particular episode (and podcast series) for me.