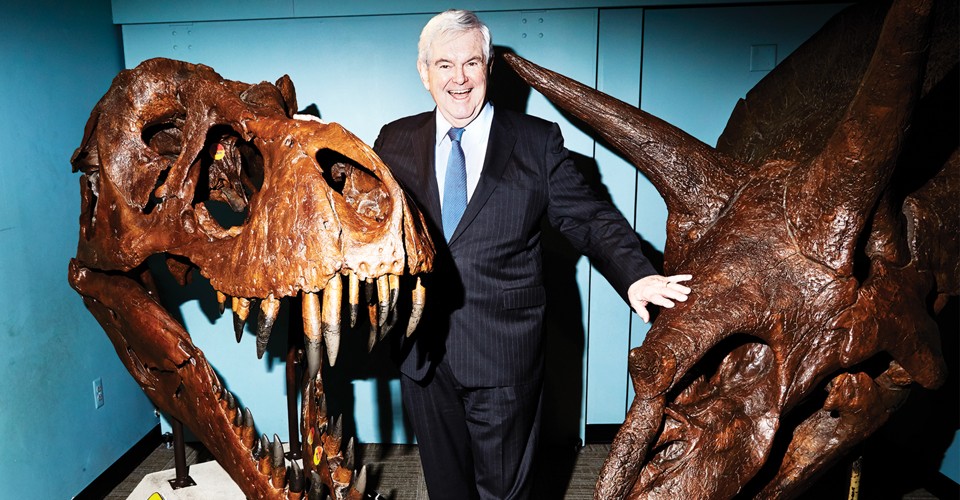 An interesting look back at the history, and it seems a bit surprising to me because Gingrich has always seemed so calm, reasonable and staid in his television appearances. Apparently he wasn’t quite so behind the scenes.

What I find false in some of his assumptions however is that while his idea about killing or being killed from an evolutionary standpoint is broadly true, humans have been able to do so much more by possessing logic and civility than the base “animals” he apparently idolizes. His premise has brought down our democratic structures and is causing us to devolve backwards instead of forwards–both within the larger animalistic structure he proposes as well as among our fellow people of the world. While Americans are infighting among ourselves, we’re losing ground to other countries who are rapidly catching up to us.

Somehow I feel like Gingrich is missing a chunk of modern history and the value of a Western liberal democracy, by which I’m talking about the philosophical version of liberal, and not his version of liberal meaning Democrat or “enemy.”

While he may think the Republicans are “winning” presently, what is generally happening is that a larger rift is opening up within the democracy and the two sides which really aren’t very apart are moving even further apart, particularly in their fighting. As a result, we’re spending far more time and energy fighting each other rather than competing against countries externally. From a game theoretic perspective each side fights harder in opposite directions, but the equilibrium point doesn’t really move very much for all the extra effort. Meanwhile, we’re exhausting our resources (and general happiness) which we could be employing to better ourselves, and particularly with respect to all the external factors (foreign powers, climate change, etc.) we should be working against.

He can continue to look at things from the Nixonian “man in the arena” perspective of his youth, but I would submit he should be looking at it from the wider “person in the world” perspective we’re all operating in in this millennia.