In 1968, Lyndon Johnson appointed a National Commission on Obscenity and Pornography to investigate the supposed sexual scourge corrupting America’s youth...

I kept getting interrupted while reading this. I started around 8:30 or so… Fascinating look and thoughts which Jeff writes here.

For the parallels between the fight against harmful and hateful speech online today and the crusade against sexual speech 50 years ago are stunning: the paternalistic belief that the powerless masses (but never the powerful) are vulnerable to corruption and evil with mere exposure to content; the presumption of harm without evidence and data; cries calling for government to stamp out the threat; confusion about the definitions of what’s to be forbidden; arguments about who should be responsible; the belief that by censoring content other worries can also be erased. ❧

One of the essays comes from Charles Keating, Jr., a conservative whom Nixon added to the body after having created a vacancy by dispatching another commissioner to be ambassador to India. Keating was founder of Citizens for Decent Literature and a frequent filer of amicus curiae briefs to the Supreme Court in the Ginzberg, Mishkin, and Fanny Hill obscenity cases. Later, Keating was at the center of the 1989 savings and loan scandal — a foretelling of the 2008 financial crisis — which landed him in prison. Funny how our supposed moral guardians — Nixon or Keating, Pence or Graham — end up disgracing themselves; but I digress. ❧

The fear then was the corruption of the masses; the fear now is microtargeting drilling directly into the heads of a strategic few. ❧

Many of the book’s essayists defend freedom of expression over freedom from obscenity. Says Rabbi Arthur Lelyveld (father of Joseph, who would become executive editor of The New York Times): “Freedom of expression, if it is to be meaningful at all, must include freedom for ‘that which we loathe,’ for it is obvious that it is no great virtue and presents no great difficulty for one to accord freedom to what we approve or to that to which we are indifferent.” I hear too few voices today defending speech of which they disapprove. ❧

I might take issue with this statement and possibly a piece of Jarvis’ argument here. I agree that it’s moral panic that there could be such a thing as “too much speech” because humans have a hard limit for how much they can individually consume.

The issue I see is that while anyone can say almost anything, the problem becomes when a handful of monopolistic players like Facebook or YouTube can use algorithms to programattically entice people to click on and consume fringe content in mass quantities and that subtly, but assuredly nudges the populace and electorate in an unnatural direction. Most of the history of human society and interaction has long tended toward a centralizing consensus in which we can manage to cohere. The large scale effects of algorithmic-based companies putting a heavy hand on the scales are sure to create unintended consequences and they’re able to do it at scales that the Johnson and Nixon administrations only wish they had access to.

If we look at as an analogy to the evolution of weaponry, I might suggest we’ve just passed the border of single shot handguns and into the era of machine guns. What is society to do when the next evolution occurs into the era of social media atomic weapons?
Annotated on January 18, 2020 at 10:42AM

As an American and a staunch defender of the First Amendment, I’m allergic to the notion of forbidden speech. But if government is going to forbid it, it damned well better clearly define what is forbidden or else the penumbra of prohibition will cast a shadow and chill on much more speech. ❧

Perhaps it’s not what people are saying so much as platforms are accelerating it algorithmically? It’s one thing for someone to foment sedition, praise Hitler, or yell their religious screed on the public street corner. The problem comes when powerful interests in the form of governments, corporations, or others provide them with megaphones and tacitly force audiences to listen to it.

When Facebook or Youtube optimize for clicks keyed on social and psychological constructs using fringe content, we’re essentially saying that machines, bots, and extreme fringe elements are not only people, but that they’ve got free speech rights, and they can be prioritized with the reach and exposure of major national newspapers and national television in the media model of the 80’s.

I highly suspect that if real people’s social media reach were linear and unaccelerated by algorithms we wouldn’t be in the morass we’re generally seeing on many platforms.
Annotated on January 18, 2020 at 11:08AM

The Twenty-Six Words that Created the Internet is Jeff Kosseff’s definitive history and analysis of the current fight over Section 230, the fight over who will be held responsible to forbid speech. In it, Kosseff explains how debate over intermediary liability, as this issue is called, stretches back to a 1950s court fight, Smith v. California, about whether an L.A. bookseller should have been responsible for knowing the content of every volume on his shelves. ❧

For me this is the probably the key idea. Facebook doesn’t need to be responsible for everything that their users post, but when they cross the line into actively algorithmically promoting and pushing that content into their users’ feeds for active consumption, then they **do** have a responsibility for that content.

By analogy image the trusted local bookstore mentioned. If there are millions of books there and the user has choice when they walk in to make their selection in some logical manner. But if the bookseller has the secret ability to consistently walk up to children and put porn into their hands or actively herding them into the adult sections to force that exposure on them (and they have the ability to do it without anyone else realizing it), then that is the problem. Society at large would further think that this is even more reprehensible if they realized that local governments or political parties had the ability to pay the bookseller to do this activity.

In case the reader isn’t following the analogy, this is exactly what some social platforms like Facebook are allowing our politicans to do. They’re taking payment from politicans to actively lie, tell untruths, and create fear in a highly targeted manner without the rest of society to see or hear those messages. Some of these sorts of messages are of the type that if they were picked up on an open microphone and broadcast outside of the private group they were intended for would have been a career ending event.

Without this, then we’re actively stifling conversation in the public sphere and actively empowering the fringes. This sort of active targeted fringecasting is preventing social cohesion, consensus, and comprimise and instead pulling us apart.

Perhaps the answer for Facebook is to allow them to take the political ad money for these niche ads and then not just cast to the small niche audience, but to force them to broadcast them to everyone on the platform instead? Then we could all see who our politicians really are?
Annotated on January 18, 2020 at 11:50AM

Of course, it’s even more absurd to expect Facebook or Twitter or Youtube to know and act on every word or image on their services than it was to expect bookseller Eleazer Smith to know the naughty bits in every book on his shelves. ❧

Here’s the point! We shouldn’t expect them to know, but similarly if they don’t know, then they should not be allowed to randomly privilege some messages over others for how those messages are distributed on the platform. Why is YouTube accelerating messages about Nazis instead of videos of my ham sandwich at lunch? It’s because they’re making money on the Nazis.
Annotated on January 18, 2020 at 12:07PM

there must be other factors that got us Trump ❧

Primarily people not really knowing how racisit and horrible he really was in addition to his inability to think clearly, logically, or linearly. He espoused a dozen or so simple aphorisms like “Build the wall,” but was absolutely unable to indicate a plan that went beyond the aphorism. How will it be implemented, funded, what will the short and long term issues that result. He had none of those things that many others presumed would be worked out as details by smart and intelligent people rather than the “just do it” managerial style he has been shown to espouse.

Too many republicans, particularly at the end said, “he’s not really that bad” and now that he’s in power and more authoritarian than they expected are too weak to admit their mistake.
Annotated on January 18, 2020 at 12:28PM

“To affirm freedom is not to applaud that which is done under its sign,” Lelyveld writes. ❧ 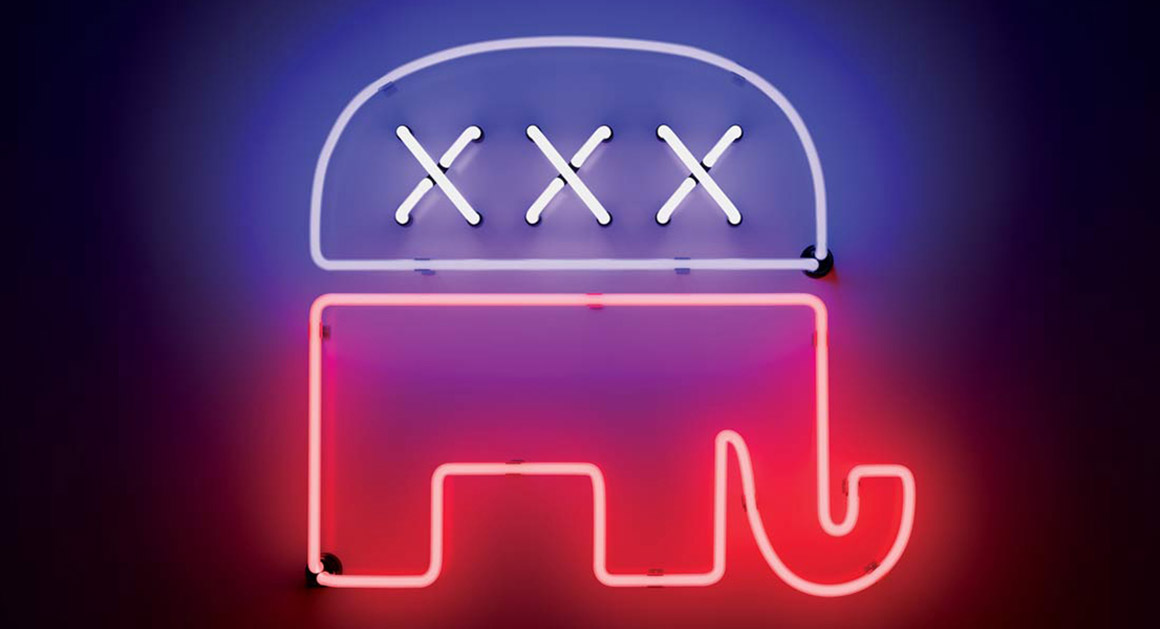