On a slip in his zettelkasten (a card catalog or filing cabinet of personal notes), entitled “Does Spirit hide in the filing cabinet?”, Niklas Luhmann wrote a note about people who came to see his system:

This is a telling story about people’s perception of the simplicity of the idea of a slip box (zettelkasten, card catalog, commonplace book or whatever you want to call your note taking system). 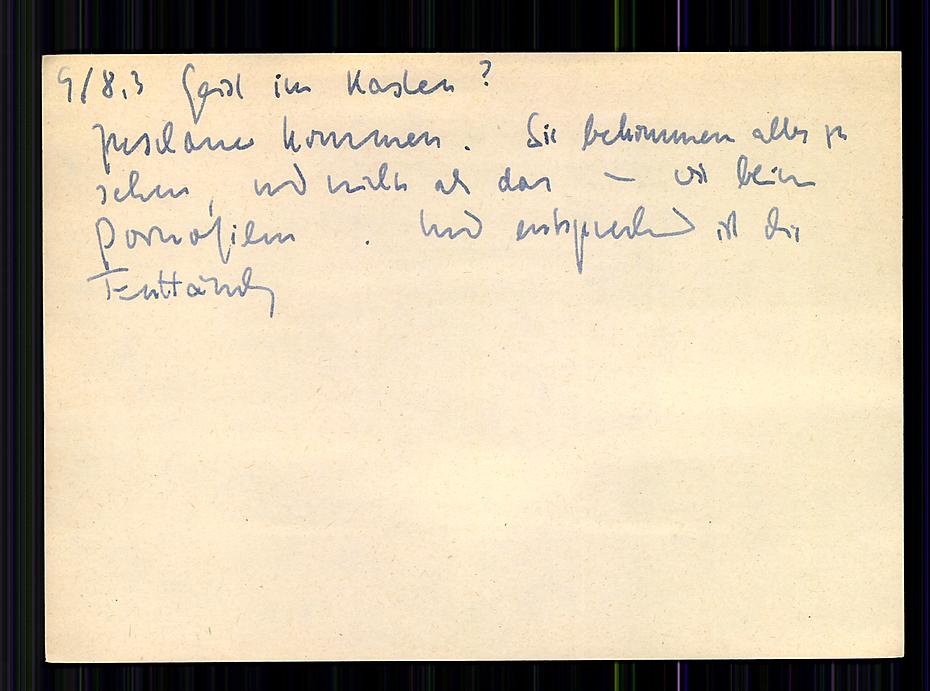 It’s also a testament to the fact that the value of a zettelkasten is in the upfront work that is required in making valuable notes and linking them. Many people end up trying out the simple looking system and then wonder why it isn’t working for them. The answer is that they’re not working for it.

Just as sex can be fun, working with a system of notes can be fun. (“Just” can be a problematic word, n’cest pas?)  In either framing, both partners need to do some work—neither necessarily the same work. The end result can be magic.

As Potter Stewart might have said, “I may not be able to define proper note taking, but I know it when I see it.”