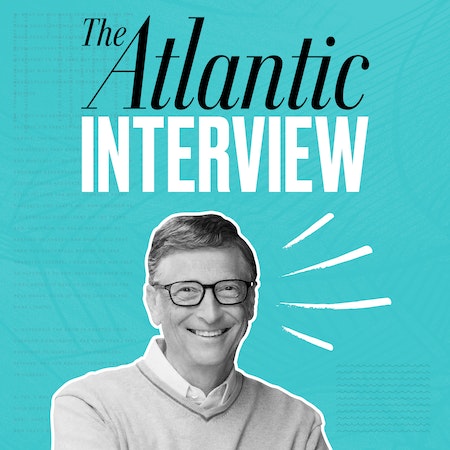 The mission of the Bill and Melinda Gates Foundation to ease suffering around the world may be somewhat at odds with the "America First" sentiments that propelled Donald Trump into the presidency. But Bill Gates is moving ahead with enthusiasm. He tells Jeffrey Goldberg, The Atlantic's editor in chief, why he's still optimistic, and how he feels about no longer being the richest man in the world.

Here’s a case where this podcast runs a bit off the rails in interviewing someone perhaps too “popular”. It’s a good interview and certainly a “get”, but I’m not sure I learned too much interesting here that I haven’t seen or heard elsewhere. Much of the strength of what I’ve heard thus far stems from interviews with people that are slightly off the beaten path, but with serious messages and interesting viewpoints. The other strength is that the show can give them additional time and depth than they might receive on other shows. I’m not saying that Bill Gates doesn’t have anything interesting or important to say, just that he isn’t revealing anything particularly new here that I haven’t seen elsewhere.