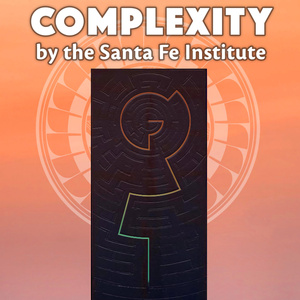 A few years after Charles Darwin published On the Origin of Species, upsetting centuries of certainty about the history of life, he wrote a now-famous letter to Joseph Dalton Hooker, British botanist and advocate of evolutionary theory. "But if (and oh what a big if),” Darwin’s letter reads, “we could conceive in some warm little pond with all sorts of ammonia and phosphoric salts, light, heat, electricity etcetera present, that a protein compound was chemically formed, ready to undergo still more complex changes.”

That was 1871. Nearly 150 years hence, humankind has worked out the details of the evolutionary process to exquisite depth and resolution, but abiogenesis - the origins of life - remains one of the greatest mysteries of our world. Fierce theoretical debates rage on between those who think life got its start in deep sea hydrothermal vents and those who think it started in “some warm little pond” – not to mention more heterodox hypotheses. The consequences are enormous – shaping plans for interplanetary exploration, changing our approach to medicine, and maybe foremost, settling the existential question of what life is in the first place.

This week’s episode was recorded live at the Santa Fe Institute’s InterPlanetary Festival in June 2019. The panel features evolutionary theorist David Krakauer, President of SFI; biochemist Sarah Maurer, Assistant Professor at Central Connecticut State University; and SFI Professor Chris Kempes, who works on biological scaling laws. In this discussion, we present a spectrum of perspectives on the origins of life debate, and speak to the importance of presenting this unsettled science as itself an evolutionary object...

Visit our website for more information or to support our science and communication efforts.

Some interesting philosophical discussion on the origin of life and related research. I definitely fall more into David Krakauer’s camp of thought.

We definitely need a better definition of life. I’ve got a version brewing based on work in the area of big history, but it still needs some refining.