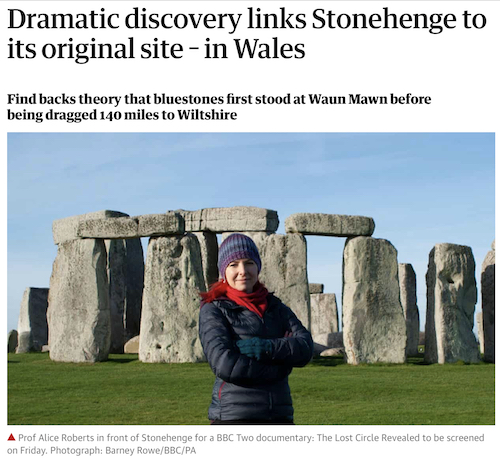 Firstly, an entire tribe moving from Wales to the Salisbury Plain took their encyclopaedia with them. This would require the circle to be erected in the same order as in Wales and oriented in the same direction. In effect, these people were taking their database of knowledge with them, the structure in the stones, and the data in their memories.

Secondly, a different tribe conquering those in Wales might identify just how effective this memory technique is and steal only the technology. Essentially, they stole the database structure and filled it with their own data. The bluestones are particularly suited to a mnemonic purpose due to the blotches and blobs in their material makeup.

Perhaps the group at Waun Mawn, traded a portion of their knowledge and database to a more powerful and potentially more central nearby group of people? The evidence indicates that many of the people buried at Stonehenge were originally from the area of Wales where some of the stones originated. The fact that some stones remained behind may mean that some of the needed local encyclopedia stayed behind.