This makes me wonder about the realities of Australia’s indigenous people and and systemic inequality in Australia’s society.  ❧

You might be interested in the last section of a recent episode of On the Media. It discusses a documentary (bordering on reality show) relating to indigenous peoples of Canada, which I think made brief mention of Australia and a similar project there. While I’m sure there are some very striking differences between these indigenous peoples, there are also some not surprising similarity in the ways in which they are exploited and marginalized.

In general I liked the idea of what the documentary was and represented and wish there were versions for other countries. 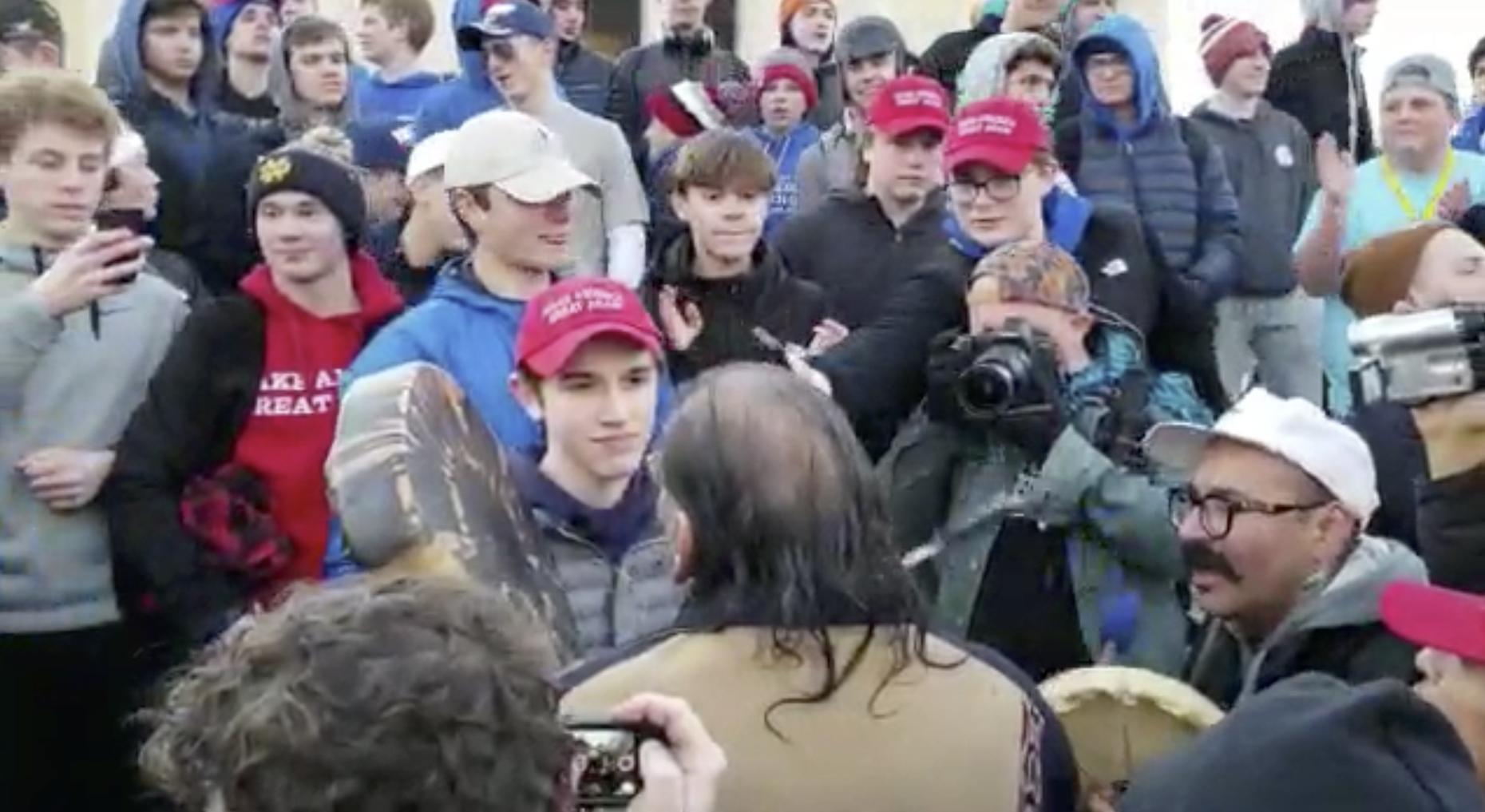 The Lincoln Memorial debacle showed how vulnerable the press are to a myriad of social and political forces. This week, we examine how the outrage unfolded and what role MAGA hat symbolism might have played. And, a graphic photo in the New York Times spurs criticism. Plus, a reality show that attempts to bridge the gap between indigenous people and white Canadians.

1. Bob's thoughts on where the Lincoln Memorial episode has left us. Listen.

2. Charlie Warzel [@cwarzel], tech writer, on the zig-zagging meta-narratives emerging from the Lincoln Memorial episode, and the role played by right-wing operatives. Listen.

5. Vanessa Loewen, executive producer of the Canadian documentary series First Contact and Jean La Rose, CEO of the Aboriginal Peoples Television Network, on their televised effort to bridge the gap between indigenous and settler Canadians. Listen

So many interesting failures of journalism in this story which were fueled primarily by social media. Old media would have left it for a bit longer, particularly since it involved minors.

I increasingly want to get my news once a week well after a story has begun and most of the facts have shaken out. Rarely is something so timely that I need it immediately. I saw a few mentions of this story as it was developing, but it all had the stink of click-bait, so I kindly moved on. It’s amazing to hear the underlying pieces and fuller story after-the-fact.

The best section of this episode (and probably the most thought provoking story I’ve heard recently) was that of the interview with Kainaz Amaria on how we report on wars and famines that affect other countries and particularly countries involving poor people and those who are non-white. While the recent photo of the Yemeni girl (in conjunction with Jamal Khashoggi) may have helped to turn the political tide with respect to US participation in the crisis in Yemen, we definitely need a better way to engage people in the US without trampling over the dignity of the people living in those communities. Interestingly I’ll also point out that we all know the name and almost all of the details concerning Khashoggi, but almost no one knows the name of Amal Hussain and this fact alone is a painfully stark one.

The final portion of the episode was also truly enlightening. I’d love to see the documentary they made and hope that someone might make an American version as well.

A photography student from Beausoleil First Nation in Ontario is hoping to bring awareness to missing and murdered Indigenous women and girls in Canada through her art.

The story behind Canada’s most distinctive verbal tic.