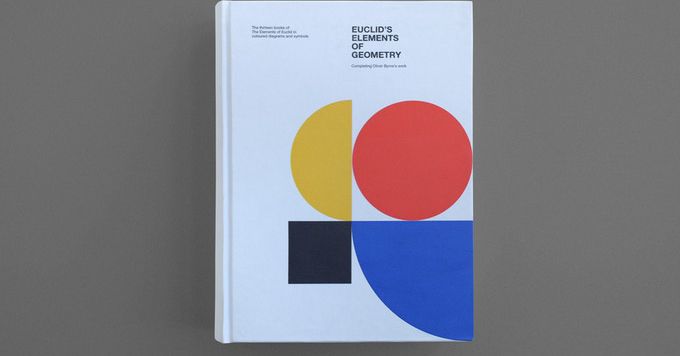 A couple of years ago, a small publisher called Kroncker Wallis issued a handsome, minimalist take on Isaac Newton’s Principia. Now, the publisher is embarking on its next project: Euclid's Elements.

The publisher is using Kickstarter to fund this new edition. Euclid’s Elements is a mathematical text written by Greek mathematician Euclid around 300 BCE and has been called one of the most influential textbooks ever produced. The treatise contains 13 separate books, covering everything from plane geometry, the Pythagorean theorem, golden ratio, prime numbers, and quite a bit more. The books helped to influence scientists such as Nicolaus Copernicus, Johannes Kepler, Galileo Galilei, and Sir Isaac Newton. In 1847, an English mathematician named Oliver Byrne re-wrote the first six books of Euclid's Elements, taking its concepts and illustrating them.