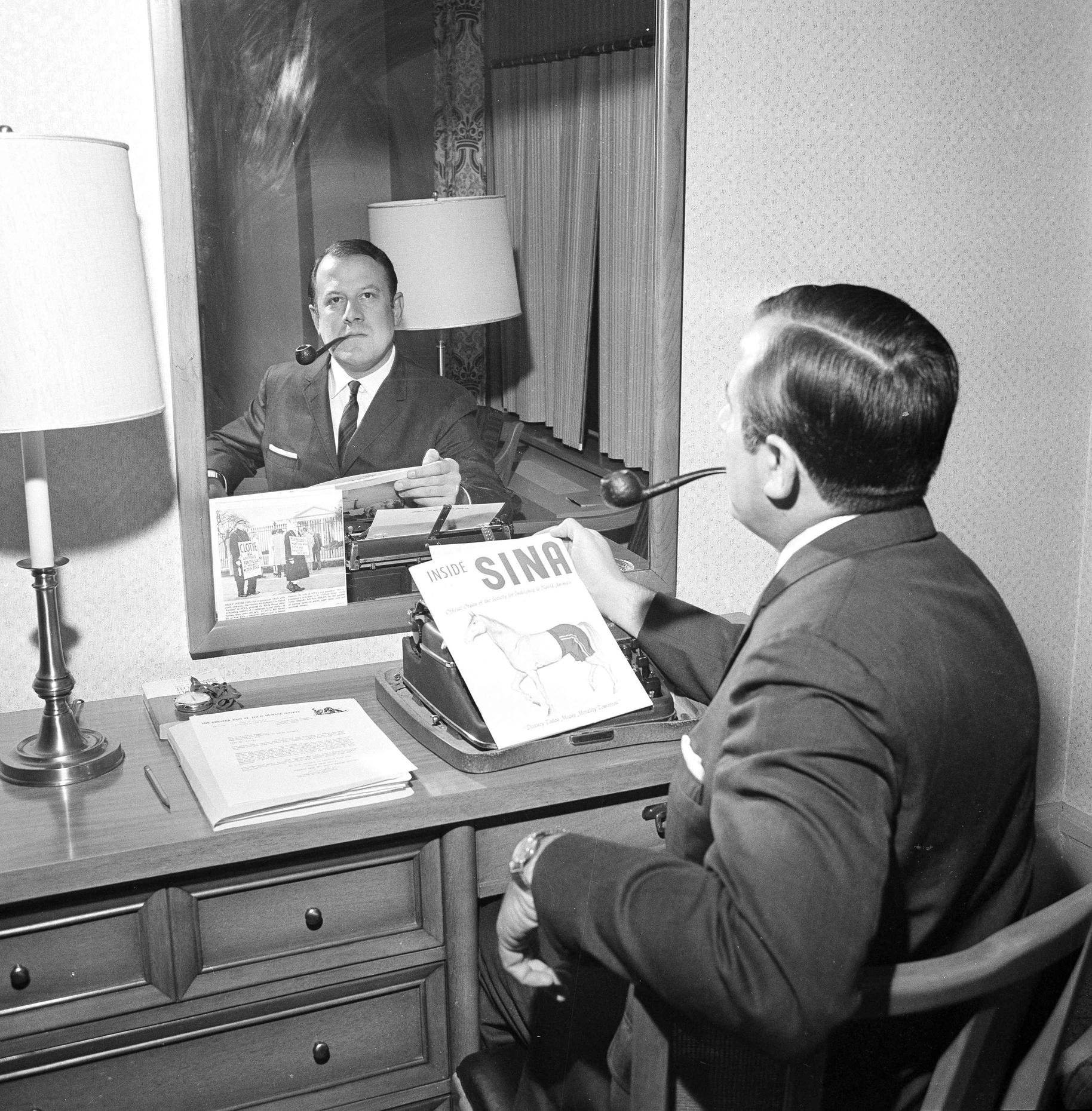 This past week’s coverage of Hurricane Florence has had all the trappings of a terrible storm: the satellite images, the sandbags and empty grocery stores, the newscasters dressed in flood gear.  One recurring side character we seem to have avoided this time around, though, is the doctored image of a shark swimming on a flooded highway.

It’s a preposterous hoax that succeeds, occasionally, on the merits of some kernel of truth; for instance, whole swathes of interstate highway in North Carolina are, as of this moment, covered with water. That kernel of truth is what hoaxers and jokers build their handiwork upon — as did the veteran hoaxer Alan Abel, who passed away late last week at the age of 94.

Abel made a name for himself inventing characters and causes and turning the joke on the media; in 1980 he staged his own death and got himself an obituary in the New York Times.

Brooke spoke to Abel — and his daughter, Jenny Abel, the director of the documentary, "Abel Raises Cain" — in 2008.