The Odyssey, Part 1 of 3. Adventure, monsters, temptresses, and a whole lot of wine-dark Aegean. Learn all about the world of Homer’s Odyssey.

A dramatically different type of story told here versus the Illiad.
If Lynne Kelly‘s thesis about the methods of memory used by indigenous peoples is correct, and I strongly believe it is, then the concept of ekphrasis as illustrated in the description of the Shield of Achilles in Homer’s Iliad (Book 18, lines 478–608) is far more useful than we may have previously known. I strongly suspect that Achilles’ Shield is an early sung version of a memory palace to which were once attached other (now lost) memories from Bronze Age Greece.

The word ekphrasis, or ecphrasis, comes from the Greek for the description of a work of art produced as a rhetorical exercise, often used in the adjectival form ekphrastic.—Wikipedia

While many may consider this example of Homer’s to be the first instance of ekphrasis within literature (primarily because it specifically depicts an artwork, which is part of the more formal definition of the word), I would posit that even earlier descriptions in the Iliad itself which go into great detail about individuals and their methods of death are also included in a broader conception of ekphrasis. This larger ekphrasis subsumes all of these descriptions in an tradition of orality as being portions of ancient memory palaces within a broader field of mnemotechny. I imagine that these graphic, bloody, and larger-than-life depictions of death not only encoded the names and ideas of the original people/ancestors, but they were also quite likely to have had additional layers of memory encoded (or attached) to them as well. Here I’m suggesting that while an actual shield may or may not have originally existed that even once the physical shield or other object is gone or lost that the remembered story of the shield still provides a memory palace to which other ideas can be attached.

(I’ll remind the forgetful reader than mnemotechny grows out of the ancient art of rhetoric as envisioned in Rhetorica ad Herennium, and thus the use of ekphrasis as a rhetorical device implicitly subsumes the idea of memory, though most modern readers may not have that association.)

Later versions of ekphrasis in post-literate history may have been more about the arts themselves and related references and commentary (example: Keats’ Ode on a Grecian Urn), but I have a strong feeling that this idea’s original incarnation was more closely related to early memory methods at the border of oral and literate societies.

In other words, ancient performers, poets, etc. may have created their own memory palaces by which they were able to remember long stories like the Iliad, but what is to say that these stories themselves weren’t in turn memory palaces to the listeners themselves? I myself have previously used the plot and portions of the movie Fletch as a meta memory palace in just this way. As the result of ritualistic semi-annual re-watchings of classic and engaging movies like this, I can dramatically expand my collection of memory palaces. The best part is that while my exterior physical location may change, classics movies will always stay the same. And in a different framing, my memories of portions of history may also help me recall a plethora of famous movie quotes as well.

Can I borrow your towel? My car just hit a water buffalo.—Irwin M. Fletcher 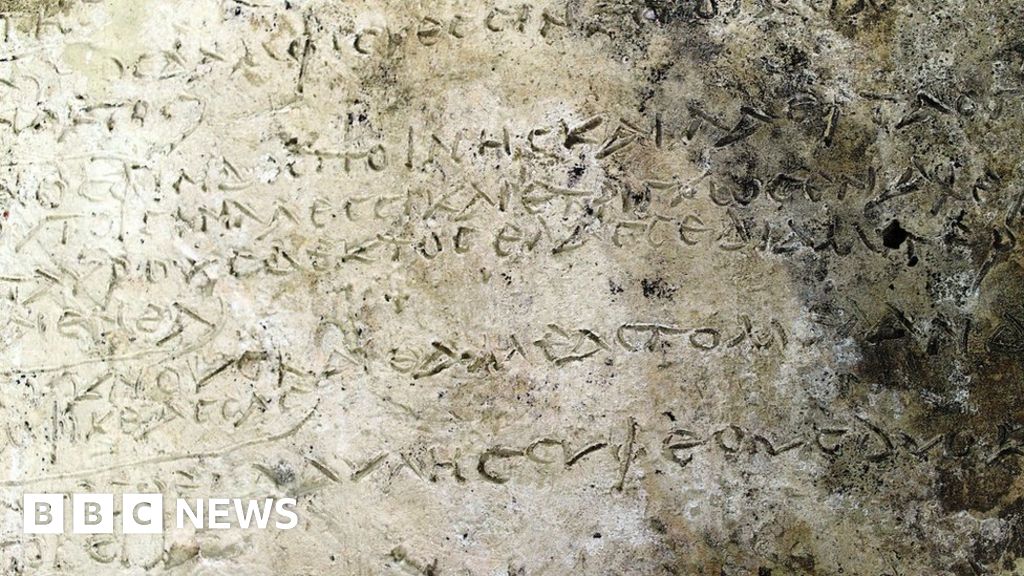 Found near an Ancient Greek temple in Olympia, the tablet has been dated to Roman times.