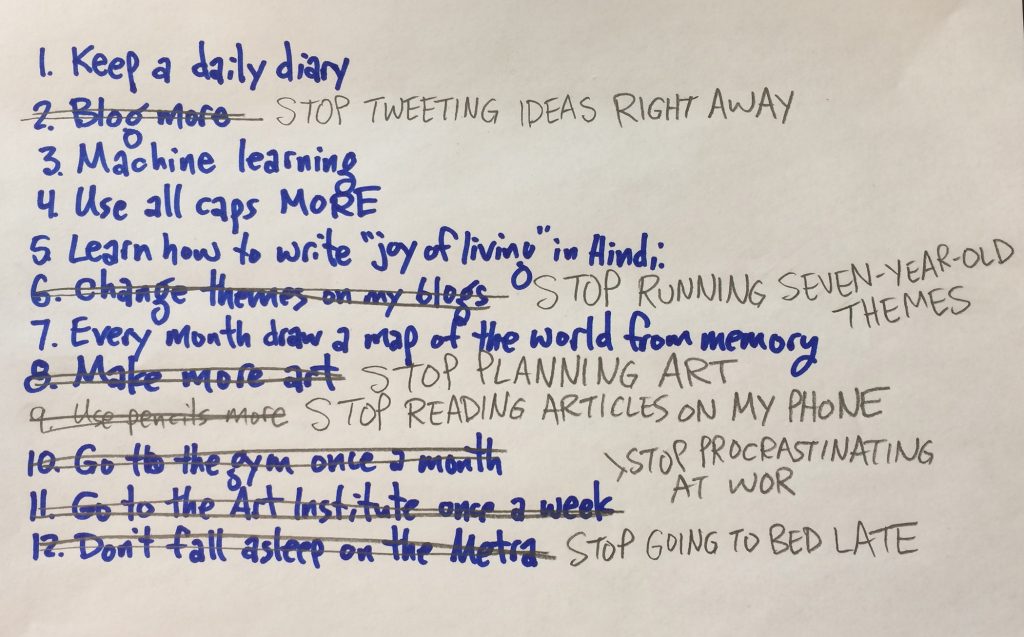 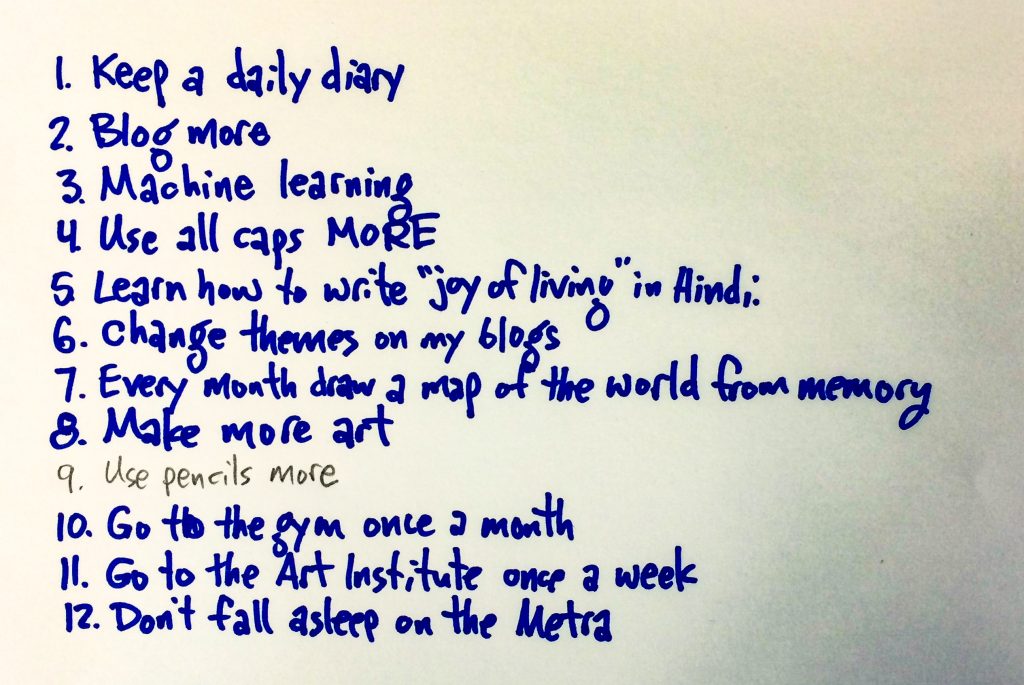 Do you have any resolutions for this new year? I don’t really specifically set out to find new resolutions at the start of the year. I much rather just start new habits any time of the year. But in effort to capture some of the habits I’d like to be doing more, here’s my list …

I’ve been wanting to do it for a while, but I’ve finally started making eat and drink posts. The display isn’t exactly what I want yet, but it’s getting there. For myself and those reading, I’ll try to continue tweaking on templates, but with the start of the new year, I wanted to at least start capturing the basic data. Most of the heavy lifting will be done by David Shanske’s excellent Post Kinds Plugin.

I’m hoping that, much like the dieting advice about getting and using a clean plate for every single thing you eat, consciously posting will help me to subconsciously eat better too. I’ve already begun to notice some of the subtle effects, and not just for composing better photographs of my food.

I probably won’t post everything publicly after some time because, really, who really wants to see all this (perhaps aside from others interested in doing the same thing themselves)? Eventually it’ll probably devolve into only the more fabulous looking restaurant meals and specialty cocktails while I’m out.

Back in the day, I’d used services like Eat.ly and Foodspotting. The former was bought out by the latter and development and customer acquisition seems to have died altogether. These did a reasonable job of melding eating and checkin post types, but the genre seems to have died out for lack of interest and or development. Since some of what they did was interesting and useful to me, I’m recreating portions of it on my own site.

Courtesy of David’s Simple Location Plugin, I’ll also be able to add location data to my eating-related posts to also make them checkins in a sense much like some of the functionality of these older silos.

I did like some of the health related and calorie data that Eat.ly made possible, and might consider adding some of that into my site in the future as well. I’ll have to take a look at services like WeightWatchers that I would expect might add that type of functionality as well. This also reminds me that Leo Laporte has a wi-fi scale that Tweets out his weight every time he stands on it. That sounds like useful quantified self data, though I don’t think I’d go so far as to post it publicly on my site (or syndicate it) in the future.

Feeds for these posts

If you’re subscribed to my full feed and don’t want these in it, it’s possible to redact these posts from your stream, just drop me a line and I can help you subscribe to just the content you desire. Those subscribed to the “Food” category needn’t worry as I don’t expect to be clogging that category up with these posts.

I sometimes feel guilty about failing miserably at these based on the way GoodReads counts their books vis-a-vis finishing complete books, particularly when I’m often reading such dense technical books in which reading a page a day is a near Herculean task.

Thus, because I can have finer control of things on my own website, I’ll try to break things out on a more granular level.

I hate New Year’s resolutions. Not because I don’t believe in goals, or working on myself, or the new year as a time to reflect and adjust… but because I’m tired of focusing on the ways that I am inadequate and need to do better. I hate seeing my friends worry about what they need to do better — especially right now, when the world is selling so many of us short. So for 2018 I made a different list, and I asked a bunch of friends to do the same. This is the list of things I’m freeing myself from in 2018. My #2018Liberation list. Join us? I want to read yours, too.