What will be your future in open education? It will likely not be written inside a fortune cookie, but you can make sure you get the fortune you want.

Use the PhotoFunia Fortune Cookie Generator to produce the one you would like to see happen for yourself.

Not only is it digitized analog, it’s an amazing open resource of music history. The Internet Archive’s Great 78 Project has over 150,000 digitized 78rpm discs

The Internet Archive's collection of digitized 78rpm records is well past 150,000! All playable immediately in your browser. https://t.co/BwlWuj1NHg

Also, there's now a full run-down of how we digitize and provide metadata: https://t.co/wNVSiX4HAH

AND we are looking for more! pic.twitter.com/w7OX8Cf8fr

Browse the collection, and look for a title the represents how you feel about Ontario Extend, or a colleague’s work. Tweet it out so we can all listen to the digital record spin.

Yes, Extend, You Are My Sunshine.

While looking forward to IndieWeb Summit this weekend, I take a listen back at the past courtesy of the Ontario Extend and the Great 78 Project at the Internet Archive. 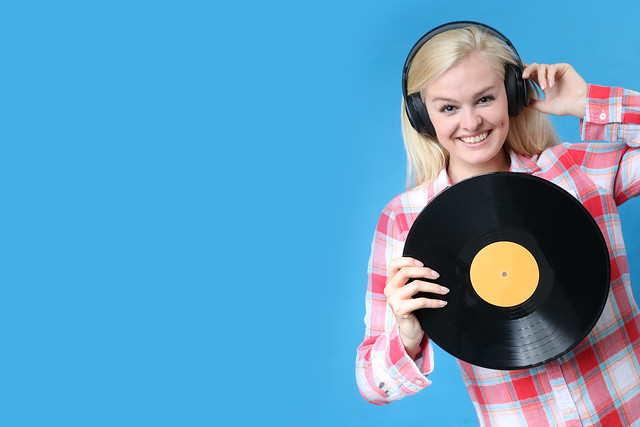 Spell out your name with songs! What are the tunes that make up “you”?

Everyone’s made up of Stuff. Lots of little things that come together in a collective and show who they are, y’know? One of the ways to get to know someone is through the music they listen to. But this won’t be as scary as “list the next 10 songs that come on shuffle for you,” don’t worry.

Let’s share with the world some of the tunes we jam to by spelling out our name with songs… acrostic poem style!

Feel free to link to each song so others can check them out! Or not! I ain’t your boss; do what you want!

Since this is a long one, it might help to do it in a thread form on Twitter (with each reply as one letter), or add it to one of your blog posts! Happy jamming, friends!

This was created by a Networked Narratives student for the Daily Digital Alchemy.

In keeping with my effort to focus my responses to the June Daily Extend Challenge on my own domain, I thought I’d add the additional constraint that all the songs I chose would need to be from the jams I’ve explicitly posted on my own site in the past–the assignment did say “tunes we jam to” after all! This prevents me, to some extent, of fashioning an identity using songs I might otherwise go out and freely choose. As a result you’ll get songs I actually listen to and have actively posted about in the past.

To back it up with some additional data, I’m also linking to my listening history of them on Last.fm, though I notice that my account isn’t catching as much material as it had previously because I spend a lot of time listening to music on my Amazon Alexa now, and that doesn’t log the hundreds of times I’ve surely listened to Rich Girl over the past several years. Of course some of my Last.fm scrobbles are aggregated under other versions of these songs as well since they separate originals and remasters from various albums and re-releases.

You should be able to click through to individual jams to hear the songs inline on my site.

I also can’t help but mention that when I didn’t renew my subscription to Spotify a while back, they sent me a playlist that wasn’t too dissimilar from this exercise:

The Daily Extend has actually been not up to its name since February; we had loosened the pace to have it published every two days. But we can do some time bending back, especially as June is the Daily Extend 20 day challenge.

We just bent time back, and are now back on a daily pace.

How do you bend time? Or does time bend you? What kinds of ways do you deploy your Experimenter Module chops to do this? What is your relationship with time? Show us in an image, a clever tweet, or a non-Matrix GIF.

I’ve always tried to bend time to my will using the Pomodoro method. Sadly my 25 minute blocks are regularly interrupted by this woof on a 10 minute interval for more belly rubs.

Have you listened to a recent podcast that made you jump up on excitement saying “everyone should listen to this”?

Even if not, recommend a compelling podcast episode that would be meaningful to other Ontario Extenders.

Since this #oextend is in the curator series, I’ll turn it on it’s ear to recommend my own faux cast. It’s a self-curated list of all the podcasts and audio that I’ve actually listened to and frequently comment on. Here’s the feed for it if you want to subscribe.

Many people recommend podcasts to me, but I suspect that the majority of the time, they’re just parroting back what’s popular or they’ve heard about recently. Listening to podcasts is often work and takes some effort in investing one’s time. As a result, just knowing what podcasts people have actually listened to is very valuable. If it wasn’t good, interesting, or entertaining, they’d have switched the channel. If they listened and actively chose to share it, it must be even better.

If anyone is interesting in building and sharing their own faux-cast, I’m happy to help them do something similar on their own website.

Of course if you want the more “traditional” answer, there are lots of awesome podcasts about which I think, “Everyone should listen to this!” John Biewen’s Seeing White is one of my favorites.

Desire paths are “the trails that are instinctively chosen and created over time” in spite of constructed pathways.

In a recent post on The Open Faculty Patchbook, Maureen Glynn reflected on her experience with desire paths, both literal and the figurative ones we see in our courses.

“students will always find unanticipated and wonderful ways to enter, exit, and navigate through the learning events and environments that we design…”

For this Daily Extend, we ask you to either find and take a photo of a real desire path near you, or describe a “desire path” in the navigation of a course that you either took yourself or witnessed students taking. Bonus points for taking some kind of desire path route to completing this Daily, or the June Daily Extend Challenge as a whole!

I mentioned it yesterday, but my “desire path” for the June Daily Extend Challenge is to accomplish the entire trip using only my personal website and just a few feeds in my feed reader rather than using Twitter directly.

smeuse n. \ ˈsmyüz, -üs\ plural -s
dialectal, England
: a hole in a hedge or wall, often created by the regular passage of animals

I always knew that it was more valuable and powerful to have my own domain and post my content there. Sadly, like many, around 2006 I started taking the well-paved roads provided by social media companies like Facebook, Twitter, Instagram, et al. But in 2010 a few people began a “desire path” of travelling back through a more open and free internet. They created a proverbial smeuse called the IndieWeb through which many have now passed and which, over the passage of time, is becoming larger, better worn, and even comfortably paved with sidewalks and custom lanes for bicycles and other modes of transportation in many places. Best of all, they’ve created a system which doesn’t require travelling down the roads of others, but provides a lot more freedom and self-determination. They’re slowly, but surely, making it easier for everyone to choose their own desire path on the internet.

I consciously re-started down my old desire path in 2014 and have found a variety of students, teachers, and even friends have not only benefited from it, but that it opens up the ability for them to pick and choose their own paths.

What are you packing in your Daily Extend Challenge survival pack? Phone/Laptop? First aid kit? Kool-aid?  Share a photo or description of your suggested addition. The more ideas for things to help us meet the challenge, the more of us will survive. Let’s do this together!

Photo by Ron Hansen on Unsplash

@ontarioextend I’m going to try to do it without opening Twitter. I’m packing:
1. My IndieWeb-enabled website from which all my replies will be composed and originate.
2. My feed reader tuned into the challenge feed and this Twitter #​​​​oextend feed.

It’s an Ontario Extend tradition to offer up a Daily Extend Challenge for the month of June. Can you do one every day? This June is no different. Except for one difference. This year, we take the weekends off.

It’s the June Daily Extend Challenge, Weekdays Only Edition! Challenge one: accept or reject the challenge in GIF format. Check out Giphy or any GIF repository for a GIF that sums up your response to this challenge.

Will you go for the full 20 Daily Extends in June? You can do it! We believe in you. Watch for a new Daily every weekday in June! You are also free to do any past Dailies during June to count towards achieving this lofty goal.

Can you rise to the top of this list for Daily Extend activity (mOOC Edition)? Our current board reflects the June 2018 Challenge of doing at least 20 this month (weekends off for good extending).