Readup tracks your reading progress. In our community, you can’t comment on articles you haven’t really read.

I’ve been away from the Memex for a while and just catching up. Interesting to see John has been keeping a Quarantine Diary in the form of a microcast for quite a while.

Interestingly, I’ve found that Kindle is useful in this respect. I buy Kindle versions of books that I need for work, and highlight passages and bookmark pages as I go. And when I’ve finished the software obligingly has a collection of all the passages I’ve highlighted. ❧

John, you should spend a minute or two to learn about Hypothes.is as an online tool for doing this. It’s a free account or you can self-host the software yourself if you like. There are also functionalities to have public, private, or group annotations.

I often pull my own annotations to my personal website similar to your own Memex and publish them there (example: https://boffosocko.com/kind/annotation/)

Incidentally you can also annotate documents stored locally on your computer, but viewed through a browser as well as collaboratively annotating with others. 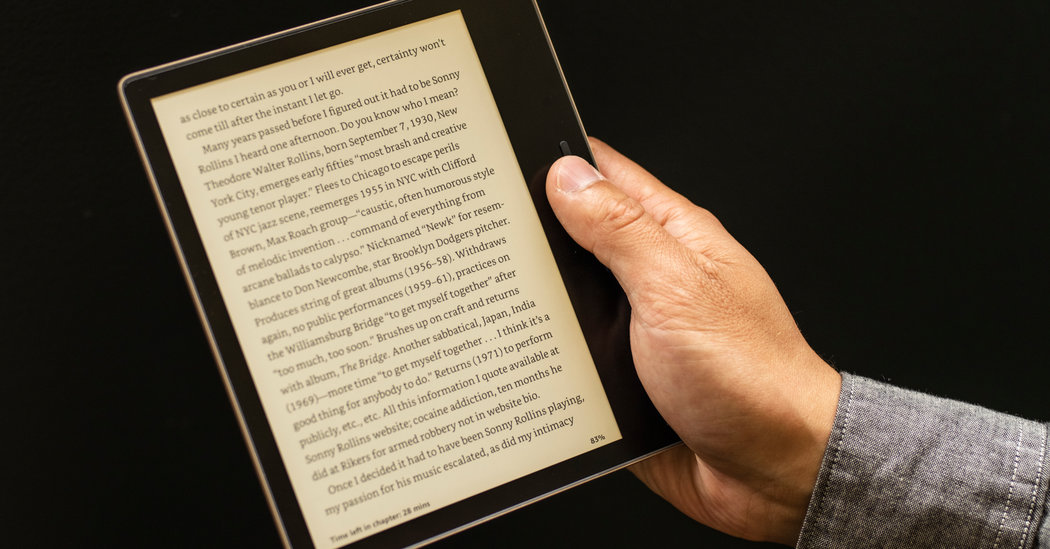 Even for people who have lost jobs or income during the coronavirus epidemic, there are books and reading material available online for free.

Something has been off all month and I just realized what it was. I haven’t been bookmarking enough books and hadn’t downloaded anything new to read in nearly 20 days. In general there just hasn’t been enough reading going on this month.

Just finished reading this. Some interesting tidbits hiding in it.

Like many I joined WikiTribune, the new social network for news. The service quickly overtook Aacademia.edu as the primary spam engine of my inbox. Got me thinking that  Nuzzel, an app that algorithimically surfaces stuff to read by what your followers share on Twitter, already ads a layer of trust...

Thread: There was a session today at #​NCTE19, the annual conference of @ncte, called "Misreading the Science of Reading." I want to share some thoughts, and some reading material, to add to the conversation. #​elachat #​ilachat 1/x I've been an education reporter for a decade+. A few yrs ago, I knew nothing abt the "science of reading." But in the past 3 yrs, I've read thousands of pages of books, articles, research papers. 2/x I've interviewed hundreds of researchers, teachers, school leaders, tutors, parents, students and struggling readers. I've visited 9 states. And I've been shocked to learn that: 3/x

A tweetstorm that could be a meta-paper on the topic of reading and literacy.

Thread: There was a session today at #NCTE19, the annual conference of @ncte, called "Misreading the Science of Reading." I want to share some thoughts, and some reading material, to add to the conversation. #elachat #ilachat 1/x

This newsletter has not been written by a GPT-2 text generator, but you can now find a lot of artificially created text that has been.

For those not familiar with GPT-2, it is, according to its creators OpenAI (a socially conscious artificial intelligence lab overseen by a nonprofit entity), “a large-scale unsupervised language model which generates coherent paragraphs of text.” Think of it as a computer that has consumed so much text that it’s very good at figuring out which words are likely to follow other words, and when strung together, these words create fairly coherent sentences and paragraphs that are plausible continuations of any initial (or “seed”) text.

This isn’t a very difficult problem and the underpinnings of it are well laid out by John R. Pierce in *[An Introduction to Information Theory: Symbols, Signals and Noise](https://amzn.to/32JWDSn)*. In it he has a lot of interesting tidbits about language and structure from an engineering perspective including the reason why crossword puzzles work.
November 13, 2019 at 08:33AM

The most interesting examples have been the weird ones (cf. HI7), where the language model has been trained on narrower, more colorful sets of texts, and then sparked with creative prompts. Archaeologist Shawn Graham, who is working on a book I’d like to preorder right now, An Enchantment of Digital Archaeology: Raising the Dead with Agent Based Models, Archaeogaming, and Artificial Intelligence, fed GPT-2 the works of the English Egyptologist Flinders Petrie (1853-1942) and then resurrected him at the command line for a conversation about his work. Robin Sloan had similar good fun this summer with a focus on fantasy quests, and helpfully documented how he did it.

Circle back around and read this when it comes out.

Similarly, these other references should be an interesting read as well.
November 13, 2019 at 08:36AM

From this perspective, GPT-2 says less about artificial intelligence and more about how human intelligence is constantly looking for, and accepting of, stereotypical narrative genres, and how our mind always wants to make sense of any text it encounters, no matter how odd. Reflecting on that process can be the source of helpful self-awareness—about our past and present views and inclinations—and also, some significant enjoyment as our minds spin stories well beyond the thrown-together words on a page or screen.

And it’s not just happening with text, but it also happens with speech as I’ve written before: Complexity isn’t a Vice: 10 Word Answers and Doubletalk in Election 2016 In fact, in this mentioned case, looking at transcripts actually helps to reveal that the emperor had no clothes because there’s so much missing from the speech that the text doesn’t have enough space to fill in the gaps the way the live speech did.
November 13, 2019 at 08:43AM

Readtrack is an experimental tool built during the 2012 NYT TimesOpen Hack Day. It gives music recommendations based on the content you’re looking at by doing semantic analysis of the current…

This is a killer start for a fun little app.

It’s a question that’s been debated more and more as the years go by. Each January is Braille literacy month, and each year I hear arguments advocating its decline. Each time, I shake my head and ask myself again how people can be so?...

A panoply of different modalities should always be available! Of course we still need Braille.

Last year, I publicized my reading plan for the year. Overall, I’m very happy with the number of books I managed to read (20) and the quality of what I read. There are some aspects of the plan I wish I’d been better at but that’s a small regret. I enjoyed almost everything I picked up with few...

I like the idea of a reading plan (or personal syllabus, if you will). I’m not sure I could be as rigid about letting new titles onto my list though.

I did a miserable job of reading the non-fiction on my list this year, but did a good bit of juvenile fiction that I enjoyed. I did however read a humongous amount of online content (articles, etc.) and managed to log nearly every bit of it.

Every so often you come across That Book, the exact thing you need to read, and a lot of the time it’s something that you might not have run into before and that you certainly had no idea you neede…

dismissing pleasure in reading (whether as illicit, or unserious, or whathaveyou) opens space for anxiety to become one’s dominant reading affect, and particularly “anxiety about whether we’re reading the right stuff, or reading for the right reasons, or reading in the right way.”  ❧

I’m pleased to announce a new project I have been working on. indiebookclub is an app for keeping track of the books you are reading or want to read. It is primarily intended to help you own your data by posting directly to your own site with Micropub. If your site does not support Micropub yet, y...

This portends some awesome things to come. Can’t wait to get this working and see what pieces come along with it later. This is going to make it much easier to leave silos like GoodReads.com.