I created a shop on Bookshop.org for all the books I read this year for easier browsing and, if interested, purchase.

I like this idea Patrick. I’d recently used Bookshop to create a list of books I’m currently reading. Having finished one or two, perhaps it’s time to start a read shelf like you have?

It might be interesting to see them build out some UI to make a less corporate Goodreads-esque site as well. 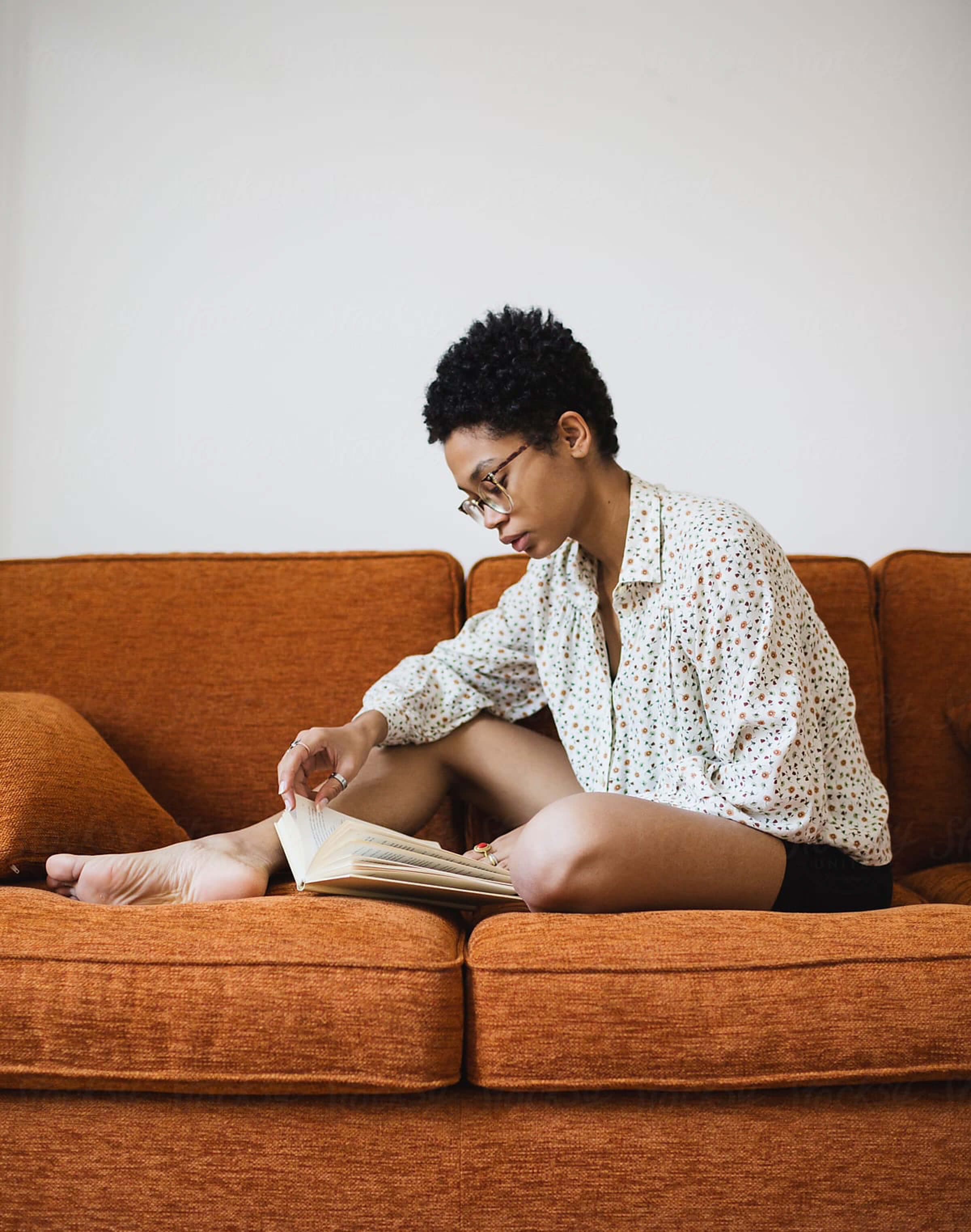 Italic Type is the simplest way to track your books, get trusted recommendations, and share the joy of reading with friends.

An interesting new competitor to Goodreads and Library Thing on the scene. The functionality is very limited in scope at present, but it’s rather pretty looking. Not nearly as fine grained as Goodreads in terms of data, but a good start.

I’ll have to look into the ease/value of starting into yet-another book silo though. I’d only really use it if I can get it to dovetail with posting to my own website as a syndication target (POSSE), or if I can use it to syndicate to my own site (PESOS).

I wonder about this too! I mean, webmentions tell me who wants to really engage with my posts or whatnot, but not who dropped by to read. And yet I don't really want to deploy something as invasive as GA.

I send Webmentions for reads and listens to notify authors, but I’m waiting for reading/podcast apps that will allow me to authenticate and make read/listen posts via micropub automatically, or versions that will send even generic notifications via webmention.

The nice part is that this sort of model allows the user to collect this data and send these notifications on an as-desired basis to the publisher.

When I think about it, likes and bookmarks are somewhat difficult to distinguish for my purpose. A bookmark inherently implies that I liked a post because I usually only bookmark posts on Pocket that I like and want to save for later. I use Firefox bookmarks to track the articles that I have not yet read and want to come back to later. There is a distinction. A like is clearer. It’s my way of saying that I did like your content. Not everybody will know my policy on bookmarks, so having a like feature is useful. ❧

My general heirarchy is that bookmarks are things I want to come back to (and usually read) later, reads are things that I’ve read, like are things I’ve read and want to send appreciation for, and replies are things that usually are both read, liked, and needed even a bit more.
Here’s more on how I’ve thought about it before: https://boffosocko.com/2018/03/10/thoughts-on-linkblogs-bookmarks-reads-likes-favorites-follows-and-related-links/
Updated my IFTTT/webhook to Micropub workflow so that it’s easier to include progress graphs and data for my book reading updates on my website. #IndieWeb

https://indieweb.org/read Indiebookclub.biz is a micropub client that publishes this.
The Post Kinds plugin displays the posts created by it and allows the creation of posts with the read-of proper...

I seem to recall @gRegorLove having some reservations about having implemented the read-status indicators. Since there are proposals for watch-of and listen-of and potentially other similar future verbs which may have a variety of “tenses” or a sense of progress across time, I wonder if it may be more advisable to have a completely separate progress/tense related microformat? This would provide the broader benefit of allowing it to be reused in those other cases rather than being specific to the read case only.

Perhaps a grow-able spectrum of statuses like: p-want-to, p-currently, and p-finished? (These are placeholder suggestions as we may do better with some thought on naming). These could be used in combination with the other proposed read, watch, and listen related microformats (or other potential future classes of verbs). The “want” status is reasonably well attested for activities like want to read, want to watch, want to listen, want to buy (or acquire), etc. Most of these are often finished in relatively short (or very long) time frames such that on-going statuses like watching, listening, or owning may not be posted frequently the way that an ongoing “reading” progress-like status might be used over the days, weeks, months that books are being read. I could see myself using ongoing statuses like these being used with to-do list items or project management related functionality as well. Longer term checkins at on-going events (conferences, festivals, vacations, etc.) might benefit from these statuses as well.

Separating the progress (tense) from the verb/action may also make it easier to create collections of posts around the related content. (An example may be the collection of all the posts about a particular book: the want post, the progress posts, notes, annotations, etc.)

On a separate note, I’ll mention that @swentel’s Indigenous for Android has added publishing support for both p-read-of and p-read-status (as well as all the proposed values) in the past few months.

If you’ve ever talked to me about books and reading, then there’s chance that I’ve brought up GoodReads and how I’m pretty active there. I can’t claim so active that I’m updating daily. I do, however, make sure to keep my current book statuses accurate. On the flip-side, as highlighted b...

Mad respect to Michael for going all in on the “pirate life” by reading Treasure Island and experimenting with reading/book posts and naming his digital shelves “Chests”!

Readup tracks your reading progress. In our community, you can’t comment on articles you haven’t really read.

I would love to get away from Amazon if I could and keep to the more IndieWeb methods of documenting reading, for instance, but it doesn't seem possible. In particular if they keep pulling books about current events.

There’s a proposed session (IndieWeb GoodReads) to discuss just this at IndieWebCamp West 2020. If you have other ideas for sessions, feel free to brainstorm something or propose it in the etherpad.

Ton made a post recently about federated bookshelves, sparked by a post from Tom. It’s an idea that Gregor has done a good bit of thinking about from an IndieWeb perspective. Book recommendations is something I’m always interested in. At base, all it needs is a feed you can follow just of what p...

I love that more people are publishing their reading to the open web! It’s great to see more example of how people are doing it and how things could be better.

Notice the replies underneath which came from other sites including my response which is mirrored on my site at https://boffosocko.com/2018/08/04/highlighting-some-of-my-favorite-edtech-tools/

Notice the listen webmention in the comments which links to my listen response at: https://boffosocko.com/2018/08/06/2toponder-episode-one-intertextrevolution/ where I own a copy of the context and my own response. As a student, even if the originals disappear, I’ve got the majority of the important content from the course.

Taking back control of my content, I’m pulling my (modest) book reviews from Goodreads back to my blog. An underrated favourite of mine is Last Chance to See by the astounding Douglas Adams. #indieweb #books #ownyourdata

Congrats! I love the increasing number of people I’ve seen even in the last few days working on this! Are you using IndieBookClub.biz to post to your website?

I’m waiting for people to start documenting examples of owning their knitting on their websites and syndicating to/from Ravelry. #​IndieWebKnittingChallenge

I love seeing more activity in the reading space for IndieWeb!

Similar to Goodreads, allow entering a percentage or page number to track your progress.

I need to think about this some more, but I suspect IBC would generate text like "Progress: 25%" and include it in the e-content of the Micropub request.

The progress portion is coded roughly in HTML with a label as follows:

You could always use <p> or <span> instead of ul/li tags (with some app specific classes to allow the receiving site to create its own custom CSS for display. Otherwise browsers should be able to display a reasonable visual default.

I’d recommend support for pages, percentages finished, and potentially even Amazon’s default location numbers, with the ability to translate back and forth potentially when given at least two of the parameters as a minimum which should allow the calculation of the others. I find in practice that it’s generally pretty rare to have both page numbers and location numbers, but it could happen.

I’ve also got an extended version available at https://boffosocko.com/2012/06/17/big-history/#READING%20PROGRESS