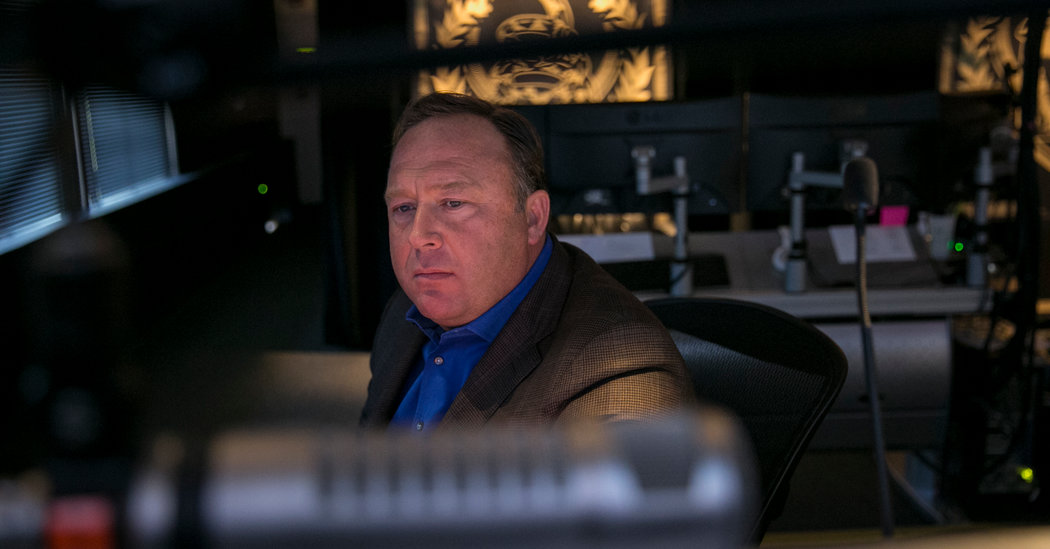 The families of children killed at Sandy Hook Elementary School in Newtown, Conn., in 2012 are suing a conspiracy theorist who claims the massacre was a hoax. Their lawsuits are bringing the issue of “fake news” to the courts.

• Elizabeth Williamson, a reporter in the Washington bureau of The New York Times.

• The families of eight Sandy Hook victims, as well as an F.B.I. agent who responded to the massacre, are suing the conspiracy theorist Alex Jones for defamation. Relatives of the victims have received death threats from those who embrace the falsehoods Mr. Jones has propagated on his website Infowars, which has an audience of millions.