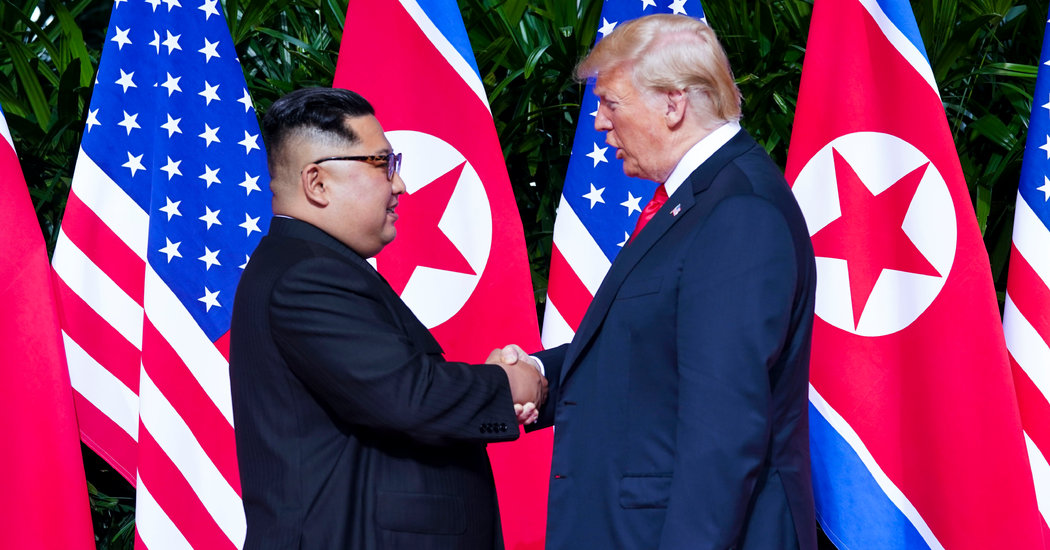 For the first time ever, a sitting president of the United States has met with a North Korean leader. Was the handshake between President Trump and Kim Jong-un a beginning or an end?

• Mark Landler, a White House correspondent for The New York Times, who is reporting on the summit meeting from Singapore.

• In an encounter that seemed unthinkable just months ago, Mr. Trump and Mr. Kim met face-to-face for the first time in Singapore on Tuesday morning. Here are live updates and photographs from the meeting.

• Among the issues on the table were the denuclearization of the Korean Peninsula, a peace treaty to formally end the Korean War and economic relief for North Korea.