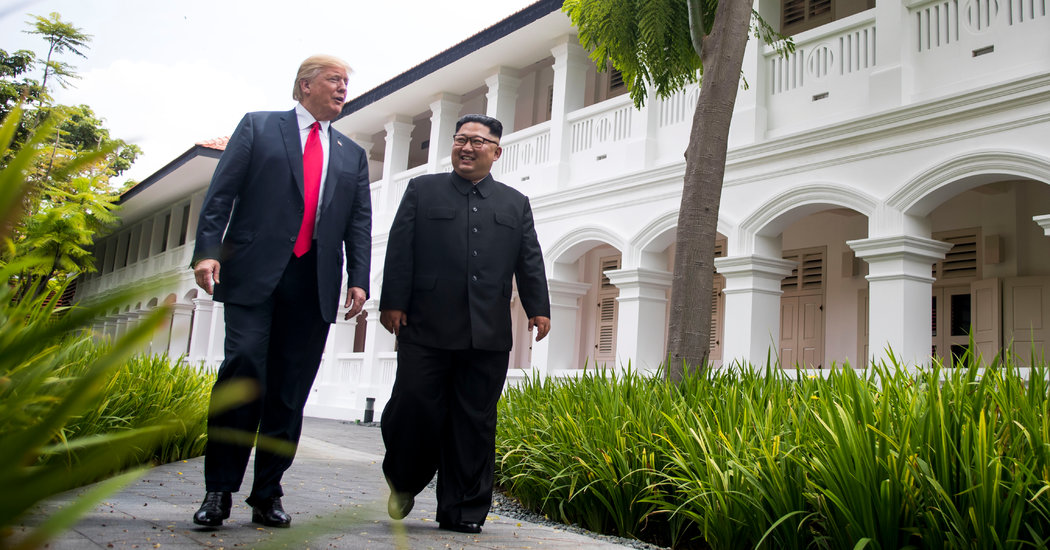 In a joint statement, President Trump and the North Korean leader, Kim Jong-un, committed to complete denuclearization of the Korean Peninsula. Why is a seemingly significant promise being dismissed by critics as meaningless?

• Nicholas Kristof, an Op-Ed columnist for The New York Times who writes about human rights and global affairs, and who has repeatedly traveled to North Korea.

• The summit meeting between Mr. Trump and Mr. Kim yielded a vaguely worded joint statement in which both parties agreed to work toward peace, but offered few details on how they planned to move forward.

• In a news conference after the meeting, Mr. Trump announced that the United States would halt joint military exercises with South Korea, a decision that appeared to catch both the Pentagon and South Korean officials off-guard.

• The president’s concessions to North Korea may vastly outweigh their returns, Mr. Kristof writes in an Op-Ed. Lawmakers in both parties have noted that it remains unclear what, if anything, has been gained by the U.S.

• The encounter between the two leaders was rich in spectacle — and in ambiguity. Here are 10 takeaways from the event.