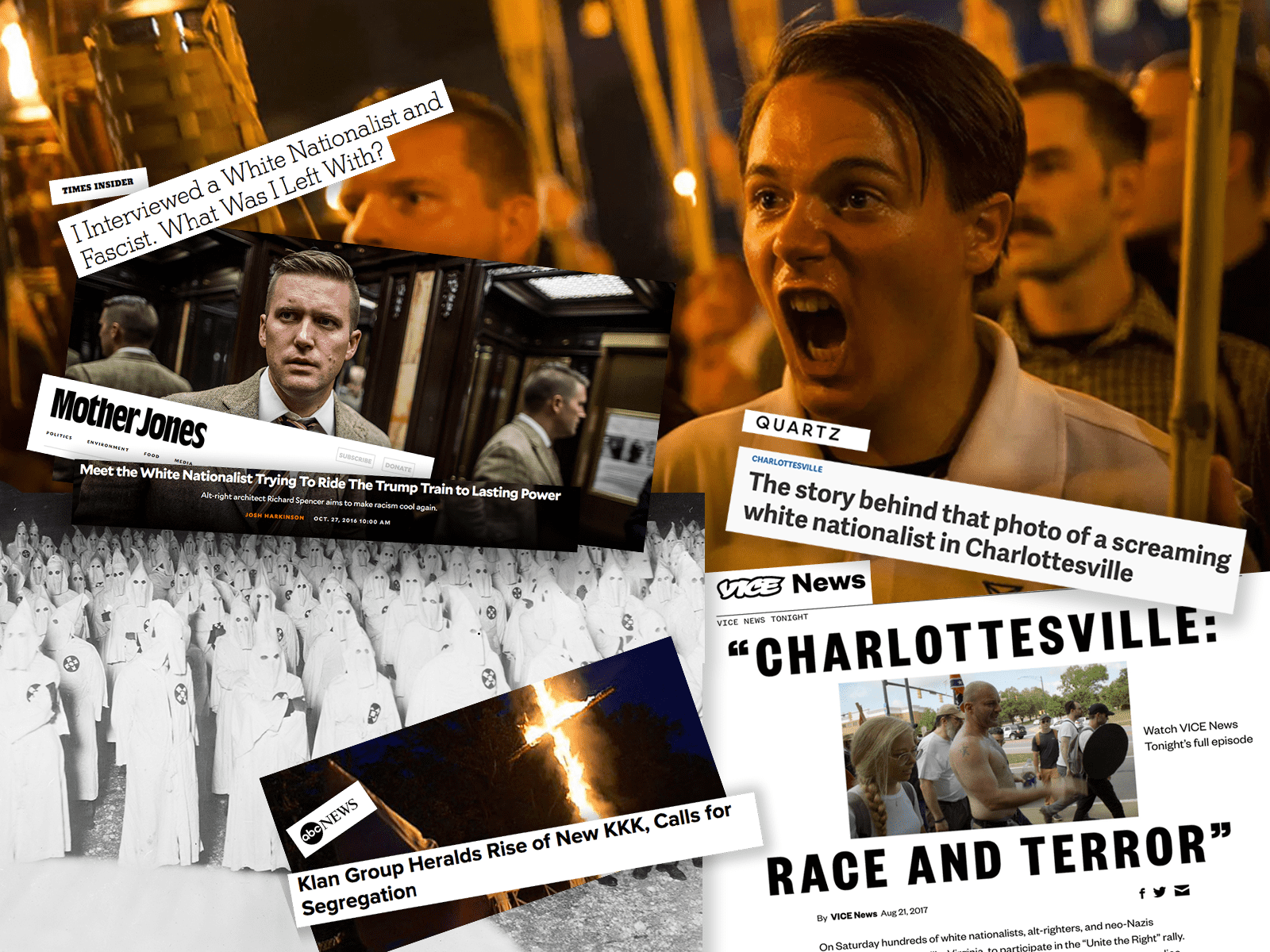 In this week's program, we revisit this deep dive into what the news media often get wrong about white supremacists, and what those errors expose about the broader challenge of confronting racism in America.

1. Elle Reeve [@elspethreeve], correspondent for VICE News, Anna Merlan [@annamerlan], reporter for Gizmodo Media’s special projects desk, Vegas Tenold [@Vegastenold], journalist and author of Everything You Love Will Burn, and Al Letson [@Al_Letson], host of Reveal, from The Center for Investigative Reporting, on the pitfalls and perils of covering white supremacist groups. Listen.

2. Felix Harcourt [@FelixHistory], professor of history at Austin College and author of "Ku Klux Kulture," on the history of the Ku Klux Klan in the press in the 1920s. Listen.

4. Ibram X. Kendi [@DrIbram], professor of history and international relations at American University and author of "Stamped from the Beginning: The Definitive History of Racist Ideas in America," on the enduring myths surrounding the perpetuation of racist ideas and whose interests these misconceptions serve. Listen.

A stunning story and solidly great reporting. I heard the end of this on the radio a few weeks ago and circled back to listen to it a second time. I hope all journalists working in politics take a close look at it.

I particularly liked the Ibram X. Kendi portion of the interview and am ordering his book Stamped from the Beginning: The Definitive History of Racist Ideas in America, which was a National Book Award Winner.