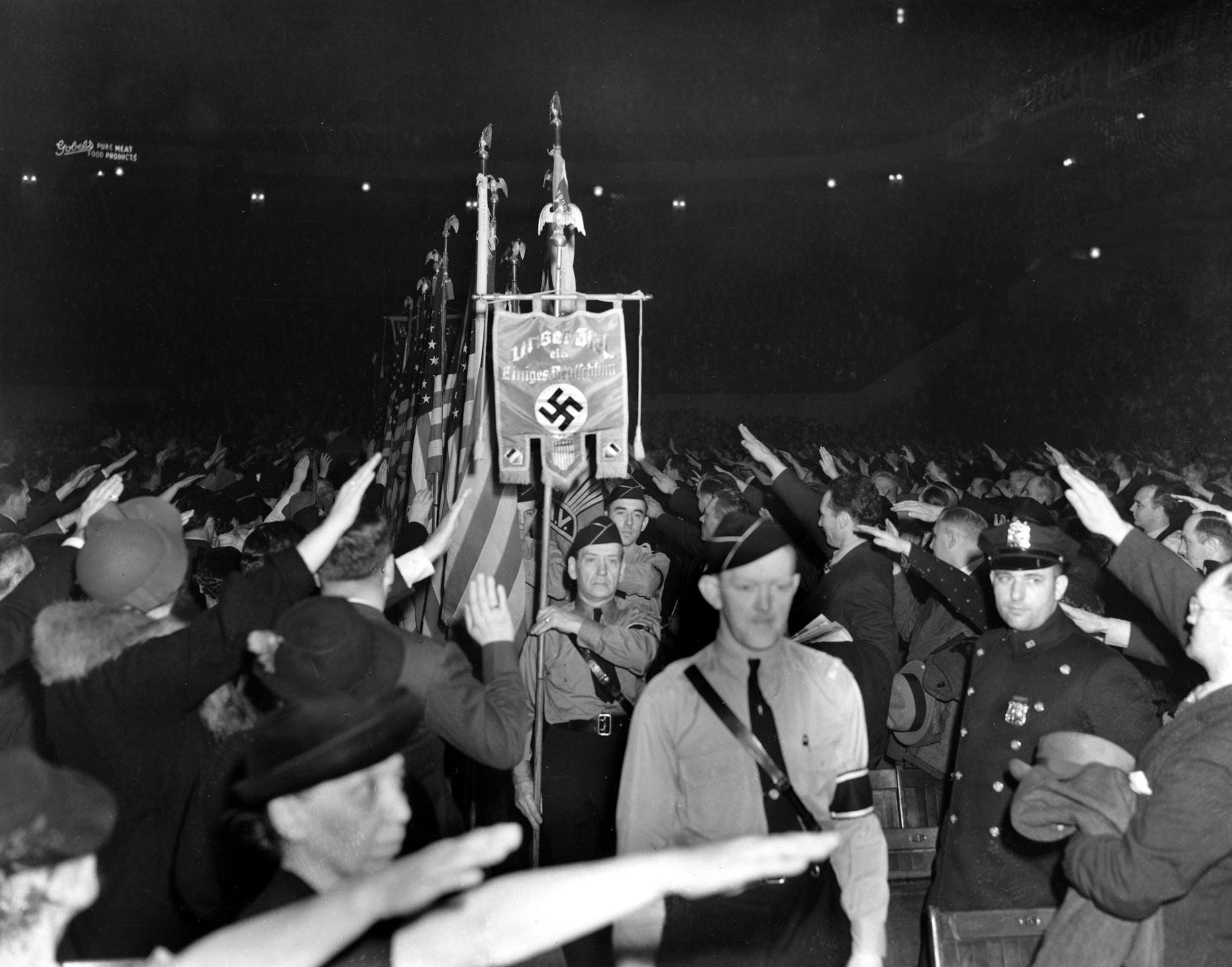 A documentary film takes us back to the most notorious event of the German-American Bund.

Founded in 1936, the German-American Bund had approximately 25,000 members and 70 chapters around the country. While the Nazis were building concentration camps, the Bund held pro-Hitler retreats and summer camps. February 20th marks the 80th anniversary of the Bund’s most notorious event when 20,000 of its members gathered at Madison Square Garden for a "Pro-American Rally" featuring speeches and performances, staged in front of a 30-foot-high portrait of George Washington.

The rally is the subject of the Oscar-nominated documentary short "A Night at The Garden" by filmmaker Marshall Curry. In this On the Media podcast extra, Brooke talks with Curry about how the film's themes resonate today and how a 30-second broadcast spot has had a media moment of its own.

This interview was awesome. Also it’s a bit ironic that the interview is longer than the film they’re talking about.