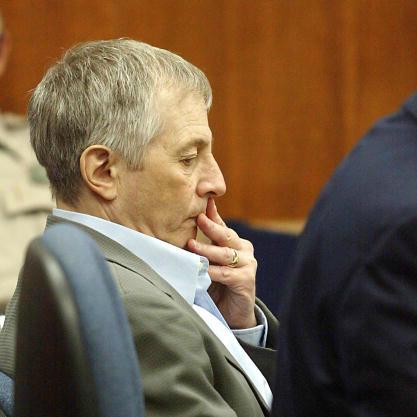 We revisit Bob's conversation with filmmaker Joe Berlinger, about the ethics of HBO's "The Jinx."

Whether Robert Durst confessed on camera will become a relevant legal matter in the real estate figure's upcoming trial. The supposed confession — "What the hell did I do? Killed them all, of course." — at the end of HBO's The Jinx: The Life and Deaths of Robert Durst has recently been revealed to have been seriously, deceptively edited. In 2015 Bob spoke with documentary filmmaker Joe Berlinger, co-creater of the Paradise Lost trilogy, about modern filmmaker, the responsibility of the artist and different interpretations of "truth." It's a relevant conversation to revisit, this week in particular.

Some interesting ethical questions here. Something to think about with respect to documentaries, truth, and entertainment value. Some pieces not too dissimilar to how some cable news stations are approaching the news these days.