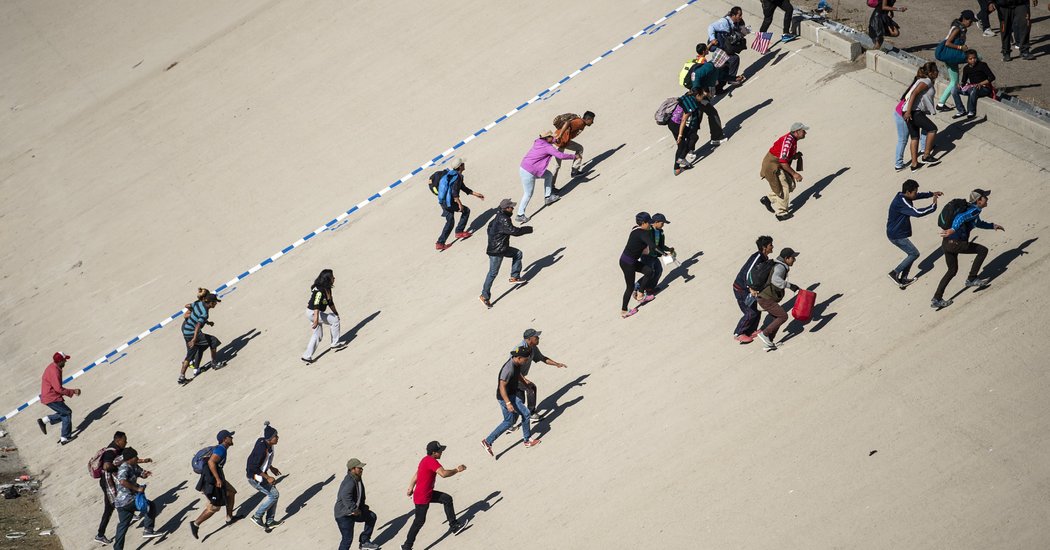 As large groups of Central American migrants approach the U.S. border, the Trump administration is making it more difficult for them to apply for asylum. Is the president undermining the original concept of asylum, or is he restoring it? 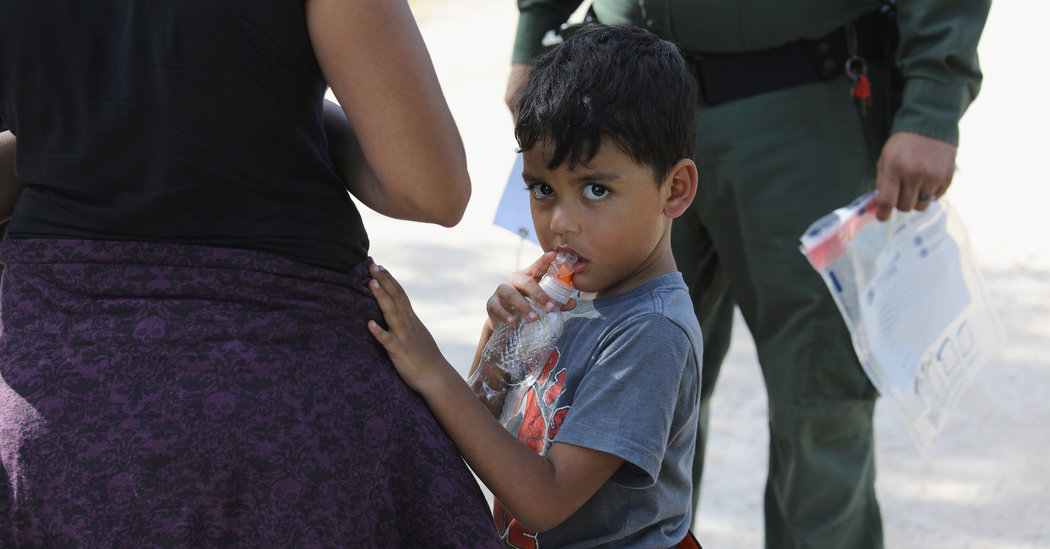 President Trump has blamed Democrats for his administration’s practice of taking children from their parents at the border. Why is one of his top aides, Stephen Miller, claiming credit?

On June 7, Julie Hirschfeld Davis and I interviewed Stephen Miller, President Trump’s senior policy adviser, in his West Wing office about the Trump administration’s “zero tolerance” policy at the border, which has led to heartbreaking images of children being forcibly separated from their families. Here are some key points from that interview.

1. The zero-tolerance policy grew out of a desire to end what Mr. Miller calls “crippling loopholes” that attract illegal immigrants into the United States.

From where Mr. Miller sits, illegal immigration is driven by a belief among people outside the United States that those who make it across the border will be allowed to stay indefinitely. “The success rate is the predominant factor that drives illegal migration,” he told us. By instituting a zero-tolerance policy, Mr. Miller said, the administration is sending a message that should reduce the flow of illegal immigration into the country. He conceded that the policy has not reduced the immigration numbers, but said, “It’ll take a few months of sustained effort.”

2. Anything less than zero tolerance at the border creates what Mr. Miller calls “perverse” incentives for lawbreakers.

Mr. Miller used the example of speeding laws in the United States. Imagine, he said, if the police decided that speeding laws didn’t apply to people who have a child in the back seat. “Could you imagine what the consequences of that would be? Well, one thing, a lot more child endangerment,” he said, comparing the situation to the lack of enforcement of illegal border crossings under prior administrations.

3. Continuing policies in place during the Obama administration would cause what Mr. Miller called a “vicious cycle” that would increase illegal immigration.

Mr. Miller said a “giant hemispheric shift in migration patterns” was driving people toward the United States, which he said must respond with tighter borders. He said Obama-era policies would allow the number of immigrants to “spiral upward endlessly.” Using a favorite phrase, Mr. Miller said: “So you have to turn the ship. And so again, it’s a whole-of-government approach.”

Reading from a list of arrests in Philadelphia in May 2017, Mr. Miller recounted the crimes committed by illegal immigrants: murder, child neglect, negligent manslaughter, car theft, prostitution, racketeering, rape. “It is impossible to take moral lectures from people like the mayor of Philadelphia, who dance in jubilant celebration over ‘sanctuary cities,’ when you had innocent Americans, U.S.-born and foreign, who are victimized on a daily basis because of illegal immigration,” Mr. Miller said.

5. Trump administration officials believe Americans will support their zero-tolerance policies over what Mr. Miller calls the “nihilism” of the Democratic agenda.

Mr. Miller said he believed the issue of border security, even with the controversy over family separations, was a “90-10” issue for Mr. Trump and his Republican allies. He predicted that voters in November would reject “the Democrats’ open-borders extremism,” adding that Democrats had adopted “a point of view so radical that it can really only be described as absolute nihilism.”