Directed by Fred Olen Ray. With Cristine Prosperi, Colton Little, Vivica A. Fox, Lesli Kay. Haley escapes her small-town and builds a life in Los Angeles as a wedding planner. When her sister asks her to plan her wedding, Haley returns to her childhood town and reunites with a childhood flame.

Cute enough, but the main character wasn’t very likeable for way too long.

The story of the city mouse and the country mouse reframed into a Hallmark Christmas movie.

Directed by David S. Cass Sr.. With Melissa Gilbert, Robert Mailhouse, Candice Azzara, Edward Herrmann. When a temperamental Broadway director is fired from yet another job, she is forced to direct a community Christmas pageant.

Could have been a bit more cheeseball, but not horrible.

Directed by David DeCoteau. With Vivica A. Fox, Ricco Ross, Eric Roberts, Dominique Swain. Two co-workers agree to a loveless marriage of convenience, but as they become acquainted, an unrealized chemistry grows between them.

Rating: ★★★
This redeems some of my faith in Hallmark holiday movies…
I’m not sure the macguffin for this plot works as well in a post-me too world where the lead character would be suing the company for sexual harassments of the worst kind.
I didn’t even recognize Dominique Swain in this at all.

Directed by David DeCoteau. With Tara Reid, Ingo Rademacher, Mira Furlan, Haley Pullos. Dateless for the Christmas ball, 39-year-old bachelor, King Charles of Baltania, tracks down his American college sweetheart, only to discover Allison has never been married, yet raised a 17-year-old daughter, Lily, who mathematically might be Charles’ biological princess.

I didn’t think there could be a worse Hallmark Christmas movie than the one saw yesterday. This was an order of magnitude worse.

It did have an interesting Christmas tradition of creating a custom ornament each year to commemorate the year much like the Lakota winter counts. I’ve seen references to these types of decorations before, but it’s rare to see them represented as a recurring thing.

Baltania, what a great name for a generic non-existent European country.

The animated gilded book page turning and sparkles with voice overs were appallingly bad. I think that almost every bit of footage they shot for the film got used twice. The production value was atrocious. The casting was painfully drunk. The green screen work was pure misery and I’m fairly certain a 9 year old could do a better job using Zoom right now.

Directed by Fred Olen Ray. With Viva Bianca, Kirk Barker, Aaron O'Connell, Brittany Beery. Wanting to escape an arranged marriage, a European prince flees to the United States. There, he meets a struggling young waitress who may just be his one true love.

Just not good. No chemistry between the leads at all. 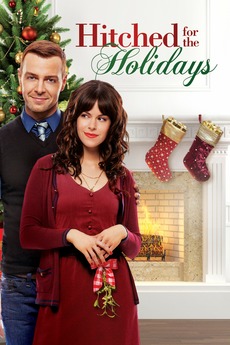 Directed by Michael M. Scott. With Joey Lawrence, Emily Hampshire, Linda Darlow, Marilu Henner. An attractive pair agrees to be each other's supposed significant other throughout the holidays to keep their meddling families at bay.

The definition of irony:

Two characters in a Hallmark Holiday movie coming out of an off-off-off=Broadway play that was obviously not good. One asks the other how they liked it:

I think the cast did a good job with material that was obviously a little bit far-fetched.

Directed by Kevin Fair. With Marc Bendavid, Rachel Boston, Venus Terzo, Willa Milner. Andy's family has built Rose Parade floats for generations. When her Dad gets sick, Andy's forced to supervise the construction and decoration of their client's float and deal with a demanding businessman whose company commissioned it.

A Pasadena Hallmark movie?! I’m in!

“You have a heart flutter”… Fill in the bingo card!

Kind sir? Can you help us wrap up this Christmas tree.
Really? What century is this?

It's the start of November and we've got enough Christmas films recorded such that my wife worked out we'd have to watch seven a day, that's right seven a day, to fit them all in before the 25th December. What is it about them? They're obviously "feel good" fodder but they're formulaic according to ...

I resemble this remark… er, um, I mean I resent….

Oh heck, I wholeheartedly identify. It’s so bad that I’ve even got a tag on my website for Hallmark Christmas movies.

The title is click-bait. If you follow me on That Social Media site you know two things about me: I love Dolly Parton and I am mad for Hallmark Christmas movies. As the former goes without saying, …

I’ve got the same Hallmark  Channel Christmas movie affliction. I’ve created a list of common Hallmark Movie “things” that I often use as a drinking game, but as you highlight, I really ought to have it as a larger Bingo card. I’ll have to start working on it soon though as I expect this year’s “Countdown to Christmas” will start sometime just after Labor Day.

I do wish you had the time to write the Hallmark Christmas movie book–it would make a fascinating read. I’ll bite at the question about why the “dead parent” is your favorite, but I’d be more interested in your take on the premier of this past years’ Memories of Christmas which breaks some of the traditional molds. Like all the rest of their originals, I’m sure(?) they’ll rerun it in subsequent years.

It turns out I know two of the writers of the Memories of Christmas production. At least one of them mentioned a Hallmark Movie “playbook” though she didn’t indicate if it was one internally created by the network or if it was her own as I suspect that she’s got the same affliction some of us other “fans” do.

Directed by Terry Ingram. With Anne Heche, Dylan Neal, Sean Michael Kyer, Farryn VanHumbeck. Two single parents battle for control of the Christmas holiday at the middle school their children attend and learn a lesson about the meaning of Christmas.

Directed by Sean McNamara. With Eloise Mumford, Michael Stahl-David, Christopher Lloyd, William Shatner. A young psychology professor must choose between moving across the country for her dream job or staying in her hometown to marry the man of her dreams. On a foggy December night, she gets little help from a Coachman, who brings her three years into the future and shows her what her life will become.

I started this a few nights back and dozed off late at night. Finished the last 30 minutes tonight.

I don’t think it’s possible for Eloise Mumford or Michael Stahl-David to be more charming. I’m obviously stuck on these holiday movies, but this one seemed even more tempting as I watched the credits for Christopher Lloyd and William Shatner. Sadly Shatner only had a 5 minute role and as a hipster Santa-esque carriage driver with an insane gray surfer-chin-fuzz goatee and a straw pork-pie sort of hat.

The sad part was that most of the plot was a very loose rip-off of Mr. Destiny which is still one of my favorite films.

In all though, it may be one of my favorite Christmas movies in this particular genre now.

Directed by Colin Theys. With Jessica Lowndes, Michael Rady, Cole Gleason, Maddie McCormick. As Christmas approaches, Elizabeth Bennett, a New York event planner, is sent to a quaint, small town to organize their holiday festival. When she arrives, she finds William Darcy, a high-profile billionaire lacking in holiday spirit, in the process of selling the charming estate she hoped to use as a venue. Determined to make her event a success, Elizabeth persuades the reluctant Darcy to let ...

What can I say? It was on tv again, so I’m obligated to watch it again, right?

Is it possible that it’s even better the second time around?

Apparently this is one of the very few Hallmark movies that isn’t completely Christmas-based. There’s a bit of the holiday peppered in, but most of it revolves around a forthcoming New Year’s Day.

Unlike some of the genre, this is utterly charming and is surprisingly well plotted and written. It’s sort of a Pauper and the Prince meets a bit of The Devil Wears Prada.

Directed by Peter Sullivan. With Candace Cameron Bure, David O'Donnell, Robert Pine, Kendra Mylnechuk. When a doctor doesn't get the position she wanted, she ends up moving to a remote Alaskan town. She unexpectedly ends up finding love, happiness and discovers that the small town is hiding a big holiday secret.

Given how terribly dreadful this movie is, should I be more embarrassed to say that I’ve now seen it twice?!

It’s definitely a cheeseball Hallmark Christmas flick, but there really isn’t much character development and it’s grip on reality slips into near silliness with serious and unwhimsical implications that the town is the home of Santa Claus.

Directed by Jeff Fisher. With Meredith Hagner, Bobby Campo, Megan Park, Aaron O'Connell. A hopeless romantic who can't ever seem to give a guy a real chance begins receiving each of the "12 Days of Christmas" as gifts anonymously at her door and begins to believe that the mystery suitor may finally live up to her expectations.

It was obvious to me from the start that none of the gifts were for her. Sadly, neither the delivery person, nor the lead bothered to ask for whom the deliveries/performances were meant. Classic rom-com sort of set up.

Every time her dad came on screen I thought to myself “He’s the ‘Just for Men’ before picture.”

Overall, entertaining in only the way these movies could be.