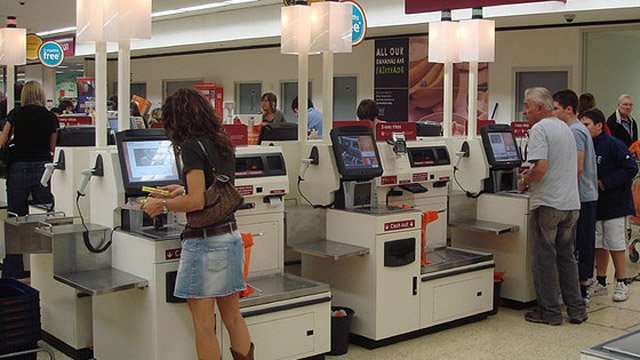 We are beset by—and immersed in—apps and devices that are quietly reducing the amount of meaningful interaction we have with each other.

This piece makes a fascinating point about people and interactions. It’s the sort of thing that many in the design and IndieWeb communities should read and think about as they work.

I came to it via an episode of the podcast The Happiness Lab.

The consumer technology I am talking about doesn’t claim or acknowledge that eliminating the need to deal with humans directly is its primary goal, but it is the outcome in a surprising number of cases. I’m sort of thinking maybe it is the primary goal, even if it was not aimed at consciously. ❧

Most of the tech news we get barraged with is about algorithms, AI, robots, and self-driving cars, all of which fit this pattern. I am not saying that such developments are not efficient and convenient; this is not a judgment. I am simply noticing a pattern and wondering if, in recognizing that pattern, we might realize that it is only one trajectory of many. There are other possible roads we could be going down, and the one we’re on is not inevitable or the only one; it has been (possibly unconsciously) chosen. ❧

What I’m seeing here is the consistent “eliminating the human” pattern. ❧

“Social” media: This is social interaction that isn’t really social. While Facebook and others frequently claim to offer connection, and do offer the appearance of it, the fact is a lot of social media is a simulation of real connection. ❧

Perhaps this is one of the things I like most about the older blogosphere and it’s more recent renaissance with the IndieWeb idea of Webmentions, a W3C recommendation spec for online interactions? While many of the interactions I get are small nods in the vein of likes, favorites, or reposts, some of them are longer, more visceral interactions.

My favorite just this past week was a piece that I’d worked on for a few days that elicited a short burst of excitement from someone who just a few minutes later wrote a reply that was almost as long as my piece itself.

This sort of human social interaction also seems to be at the heart of what Manton Reece is doing with micro.blog. By leaving out things like reposts and traditional “likes”, he’s really creating a human connection network to fix what traditional corporate social media silos have done to us. This past week’s episode of Micro Monday underlines this for us. (#)
Annotated on January 22, 2020 at 10:52AM

Antonio Damasio, a neuroscientist at USC wrote about a patient he called Elliot, who had damage to his frontal lobe that made him unemotional. In all other respects he was fine—intelligent, healthy—but emotionally he was Spock. Elliot couldn’t make decisions. He’d waffle endlessly over details. ­Damasio concluded that although we think decision-­making is rational and machinelike, it’s our emotions that enable us to actually decide. ❧

And in the meantime, if less human interaction enables us to forget how to cooperate, then we lose our advantage. ❧

It may seem odd, but I think a lot of the success of the IndieWeb movement and community is exactly this: a group of people has come together to work and interact and increase our abilities to cooperate to make something much bigger, more diverse, and more interesting than any of us could have done separately.
Annotated on January 22, 2020 at 10:58AM

Remove humans from the equation, and we are less complete as people and as a society. ❧

A version of this piece originally appeared on his website, davidbyrne.com. ❧

This piece seems so philosophical, it seems oddly trivial that I see this note here and can’t help but think about POSSE and syndication.
Annotated on January 22, 2020 at 11:01AM

Technology allows us to bank, shop and dine without talking to another human, but what toll is this taking on our happiness? The inventor of the ATM and the Talking Heads singer David Byrne join Dr Laurie Santos to explore the ways in which talking to strangers can bring us all genuine joy.

This episode makes me think a bit about Mike Monteiro’s book Ruined by Design.

I’ll have to read the MIT Technology Review article by David Byrne. The idea of designing humanity out of things is such a sad one, but there’s definitely a lot of evidence for it.

There is a great example in here of people not knowing what they really want or need or what is healthy for themselves. In particular, the story of the psychologist that did research on trains and came across their survey that they were creating a “solitude car” because that’s what people said they wanted in surveys. Sadly the research shows people will be happier if they’re interacting. When he asked the train company why they didn’t make an “interaction car”, they said they used to have that, but they discontinued it because it was so crowded. Maybe they should have added an extra car instead?