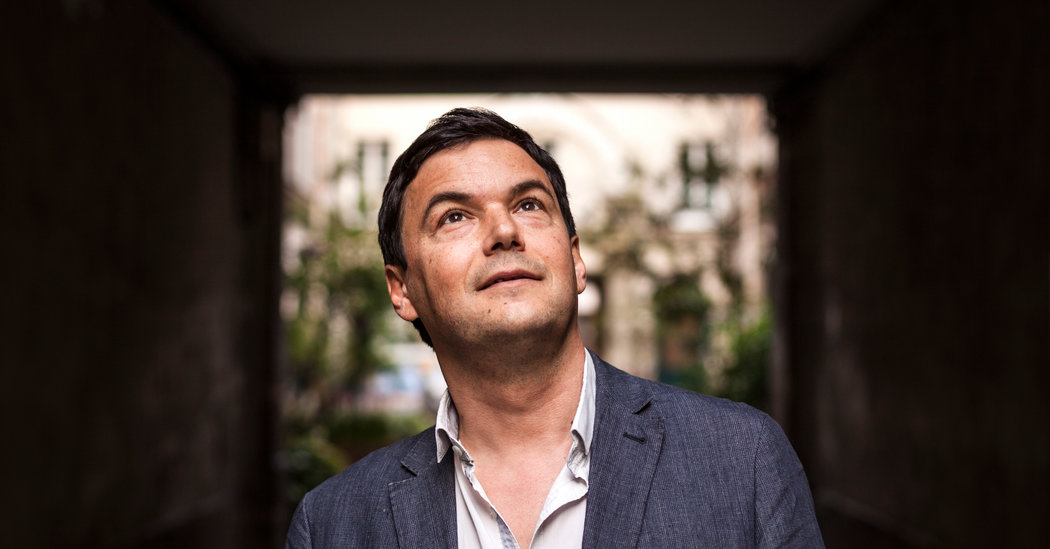 Piketty’s latest book, “Capital and Ideology,” takes a global overview to inequality and other pressing economic issues of our time.

To have, but maybe not to read. Like Stephen Hawking’s “A Brief History of Time,” “Capital in the Twenty-First Century” seems to have been an “event” book that many buyers didn’t stick with; an analysis of Kindle highlights suggested that the typical reader got through only around 26 of its 700 pages. Still, Piketty was undaunted. ❧

Interesting use of digital highlights–determining how “read” a particular book is.
Annotated on March 08, 2020 at 06:02PM

Piketty, however, sees inequality as a social phenomenon, driven by human institutions. Institutional change, in turn, reflects the ideology that dominates society: “Inequality is neither economic nor technological; it is ideological and political.” ❧

I was struck, for example, by his extensive discussion of the evolution of slavery and serfdom, which made no mention of the classic work of Evsey Domar of M.I.T., who argued that the more or less simultaneous rise of serfdom in Russia and slavery in the New World were driven by the opening of new land, which made labor scarce and would have led to rising wages in the absence of coercion. ❧

For Piketty, rising inequality is at root a political phenomenon. The social-democratic framework that made Western societies relatively equal for a couple of generations after World War II, he argues, was dismantled, not out of necessity, but because of the rise of a “neo-proprietarian” ideology. Indeed, this is a view shared by many, though not all, economists. These days, attributing inequality mainly to the ineluctable forces of technology and globalization is out of fashion, and there is much more emphasis on factors like the decline of unions, which has a lot to do with political decisions. ❧

Today's tempest in a toilet comes courtesy of the Hellsite. An award-winning author had the effrontery to suggest that fans aren't necessarily doing authors a favor by tagging them when they share a review of their work on social media. Their opinion seems to be that it's safest from a professional standpoint to not engage with reviews at all, whether they praise a work or excoriate it, so they'd rather not hear about them in the first place.

I’m on sabbatical now, which ostensibly means having a bit more time to read things (technical and not). I’m not exactly burning through books but 2019 has already had a few good ones. …

Went on vacation or fell asleep at the internet wheel this week? Here’s some of the interesting stuff you missed.

Some of the interesting things I saw and read this week