Looking forward to brainstorming about  books at the next session at IndieWebCamp New Haven in about 30 minutes. #edTech #OER #publishing #DoOO #LibraryCarpentry Make and print your own newspapers

This looks like an interesting platform. Saw it as a subdomain on someone’s personal website, so perhaps it’s self-hostable? 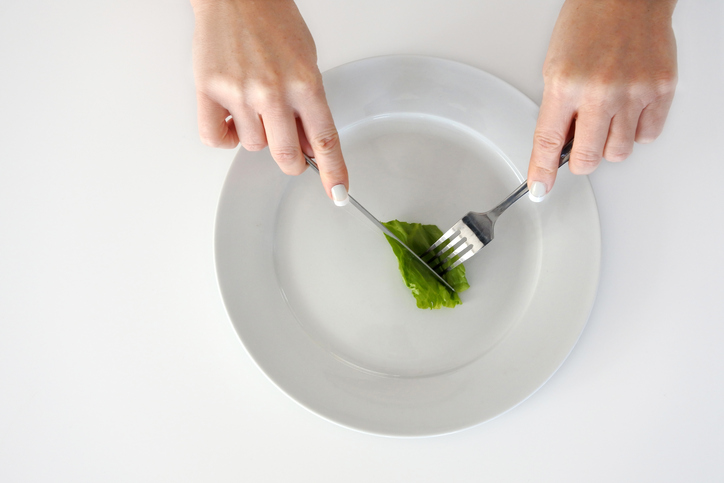 Rolling out to Medium users over the coming week will be a new, more satisfying way for readers to give feedback to writers. We call it “Claps.” It’s no longer simply whether you like, or don’t like, something. Now you can give variable levels of applause to a story. Maybe clap once, or maybe 10 or 20 times. You’re in control and can clap to your heart’s desire.

This reminds me a lot of Path’s pivot to stickers. We all know how relevant it has made them since.

And all this just after Netflix, the company that has probably done more research on ranking than any other, has gone from a multi-star intent to a thumbs up/thumbs down in the past month.

Most of the measurements social media and other companies are really trying to make are signal to noise ratios as well as creating some semblance of dynamic range. A simple thumbs up creates almost no dynamic range compared to thumbs up/nothing/thumbs-down. Major platforms drive enough traffic that the SNR all comes out in the wash. Without the negative intent (dis-like, thumbs down, etc.) we’re missing out on some important data. It’s almost reminiscent to the science community only publishing their positive results and not the negative results. As a result scientific research is losing a tremendous amount of value.

I have put all the tech in place that I need to, I think, for my publishing to happen here at kimberlyhirsh.com, go out to my various social places, and then have responses come back here.

Kimberly, Congratulations and welcome to the #indieweb! Interestingly, I’m seeing your post via Superfeedr piped into an IRC channel on freenode rather than webmention to my own site (since upgrading to the most recent version of Webmention for WordPress, I apparently need to re-enable exotic webmentions to my homepage).

I’m amazed that such a short comment that I wrote on my site back in November (and syndicated manually to another’s) should not only crop up again, but that it could have had such an influence. Further, the fact that there’s now a method by which communication on the internet can let me know that any of it happened really warms my heart to no end. As a counter example, I feel sad that without an explicit manual ping, Vicki Boykis is left out of the conversation of knowing how influential her words have been.

Kimberly, I’m curious to know how difficult you found it to set things up? A group of us would love to know so we can continue to make the process of enabling indieweb functionality on WordPress easier for others in the future. (Feel free to call, email, text, comment below, or, since you’re able to now, write back on your own website–whichever is most convenient for you. My contact information is easily discovered on my homepage.)

If it helps to make mobile use easier for you, you might find Sharing from the #IndieWeb on Mobile (Android) with Apps an interesting template to follow. Though it was written for a different CMS, you should be able to substitute WordPress specific URLs in their place:

You might also find some useful functionality hiding at WordPress Bookmarklets for Desktop if you haven’t come across it yet.

As someone who works in academic circles and whose “professional and personal interests are intertwined, I choose not to separate the two” on my site either, to help people more easily subscribe to subsets of data from my site more easily, I did a few things I’ve documented here: RSS Feeds. Additionally, choosing what gets syndicated to other sites like Twitter and Facebook rounds out the rest.

There are a number of other folks including myself using their sites essentially as commonplace books–something you may appreciate. Some of us are also pushing the envelope in areas like hightlights, annotations, marginalia, archiving, etc. Many of these have topic pages at Indieweb.org along with examples you might find useful to emulate or extend if you’d like to explore, add, or extend those functionalities.

If you need help to get yourself logged into the indieweb wiki or finding ways to interact with the growing community of incredibly helpful and generous indeweb people, I am (and many others are) happy to help in any way we can. We’d love to hear your voice.

END_OF_DOCUMENT_TOKEN_TO_BE_REPLACED

Most users on the web spend most of their time in apps. The most popular of those apps, like Facebook, Twitter, Gmail, Tumblr and others, are primarily focused on a single, simple stream that offers a river of news which users can easily scroll through, skim over, and click on to read in more depth.

Most media companies on the web spend all of their effort putting content into content management systems which publish pages. These pages work essentially the same way that pages have worked since the beginning of the web, with a single article or post living at a particular address, and then tons of navigation and cruft (and, usually, advertisements) surrounding that article.

Users have decided they want streams, but most media companies are insisting on publishing more and more pages. And the systems which publish the web are designed to keep making pages, not to make customized streams.

Hi there @ChrisAldrich! I'd like to add webmentions, but I haven't worked on it yet. What kind of collaboration are you thinking about?

Many academics are using academic related social platforms (silos) like Mendeley, Academia.edu, Research Gate and many others to collaborate, share data, and publish their work. (And should they really be trusting that data to those outside corporations?)

A few particular examples: I follow physicist John Carlos Baez and mathematician Terry Tao who both have one or more academic blogs for various topics which they POSSE work to several social silos including Google+ and Twitter. While they get some high quality response to posts natively, some of their conversations are forked/fragmented to those other silos. It would be far more useful if they were using webementions (and Brid.gy) so that all of that conversation was being aggregated to their original posts. If they supported webmentions directly, I suspect that some of their collaborators would post their responses on their own sites and send them after publication as comments. (This also helps to protect primacy and the integrity of the original responses as the receiving site could moderate them out of existence, delete them outright, or even modify them!)

While it’s pretty common for researchers to self-publish (sometimes known as academic samizdat) their work on their own site and then cross-publish to a pre-print server (like arXiv.org), prior to publishing in a (preferrably) major journal. There’s really no reason they shouldn’t just use their own personal websites, or online research journals like yours, to publish their work and then use that to collect direct comments, responses, and replies to it. Except possibly where research requires hosting uber-massive data sets which may be bandwidth limiting (or highly expensive) at the moment, there’s no reason why researchers shouldn’t self-host (and thereby own) all of their work.

Instead of publishing to major journals, which are all generally moving to an online subscription/readership model anyway, they might publish to topic specific hubs (akin to pre-print servers or major publishers’ websites). This could be done in much the same way many Indieweb users publish articles/links to IndieWeb News: they publish the piece on their own site and then syndicate it to the hub by webmention using the hub’s endpoint. The hub becomes a central repository of the link to the original as well as making it easier to subscribe to updates via email, RSS, or other means for hundreds or even thousands of researchers in the given area. Additional functionality could be built into these to support popularity measures as well to help filter some of the content on a weekly or monthly basis, which is essentially what many publishers are doing now.

In the end, citation metrics could be measured directly on the author’s original page by the number of incoming webmetions they’ve received on it as others referencing them would be linking to them and therefore sending webmentions. (PLOS|One does something kind of like this by showing related tweets which mention particular papers now: here’s an example.)

Naturally there is some fragility in some of this and protective archive measures should be taken to preserve sites beyond the authors lives, but much of this could be done by institutional repositories like University libraries which do much of this type of work already.

I’ve been meaning to write up a much longer post about how to use some of these types of technologies to completely revamp academic publishing, perhaps I should finish doing that soon? Hopefully the above will give you a little bit of an idea of what could be done.

This morning I launched the Kickstarter project for Micro.blog. Really happy with the response. Thank you, everyone!

Manton, I’ve been following your blog and your indieweb efforts for creating a microblogging platform for a while. I’m excited to see your Kickstarter effort doing so well this afternoon!

As a fellow IndieWeb proponent, and since I know how much work such an undertaking can be, I’m happy to help you with the e-book and physical book portions of your project on a voluntary basis if you’d like. I’ve got a small publishing company set up to handle the machinery of such an effort as well as being able to provide services that go above and beyond the usual low-level services most self-publishing services might provide. Let me know if/how I can help.

Book marketing. The black sheep of independent authors and publishers. Accepting that your creation, your work of art, your jewel (=your…

Nothing new or interesting here.

The leaders in affordable print-on-demand, Lulu.com, have just launched a book publishing service for academics. Glasstree offers the… “tools and services needed by academic authors, an…

Went on vacation or fell asleep at the internet wheel this week? Here’s some of the interesting stuff you missed.

Some of the interesting things I saw and read this week