The other day Bob Garfield had a good kvetch about dumb comments on newspaper websites on his show, On The Media, and I posted my two cents, but I still don’t feel better. I think that’…

In our discussions with publishers, we often notice higher standards applied to websites than ePapers. This is intriguing, knowing the level of reader engagement of the latter, and seeing steady yearly growth of ePapers in the past eight years. Publishers often tell us their ePaper readers are their...

They’re definitely selling a product here, but it sounds like some solid advice. I should take a closer look at some other ePapers to see what the state of the art is. I’m quite curious what the tracking, advertising, and smaller scale surveillance capitalism effects are here.
Walking through the neighborhood this morning, I’m noticing that The Epoch Times is distributing physical newspapers for free in an effort to encourage subscriptions. I’ve never heard of the newspaper and initially suspected it had some religious perspective. Apparently it is an anti-communist Chinese paper. Sadly their distribution zone didn’t include my street. Might have been interesting to sample. Make and print your own newspapers 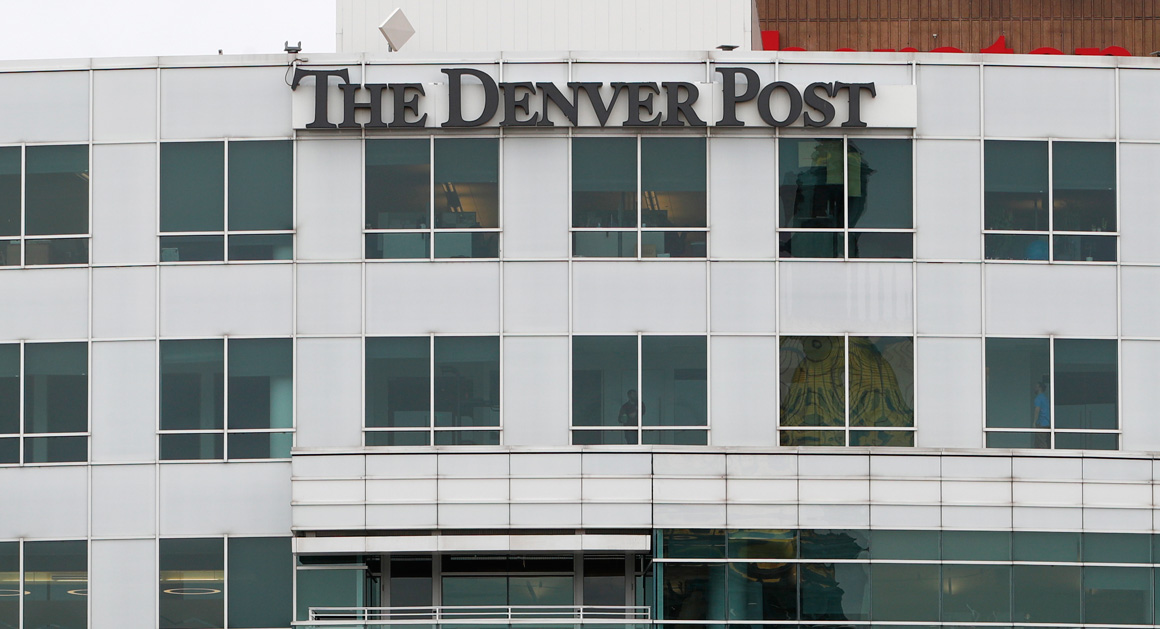 It’s with a spasm of profits.

This article outlines an intriguing method for plundering the carcass of a dying business to reap as much profit from it as it dies as one can. I suppose that if one is sure a segment is on its way out, one may as well exploit its customers to turn a profit.

I wonder how long it will take for traditional television and cable related businesses to begin using this model as more and more people cut the cord.

Blame Google, for a start.

Nothing great or new here. Also no real solutions, though knowing some of the history and the problems, does help suggest possible solutions.

Should I be adding major media outlets to my Facebook feed as family members? Changes by Facebook, which are highlighted in this New York Times article, may mean this is coming: The Atlantic can be my twin brother, and Foreign Affairs could be my other sister.

“News content posted by publishers will show up less prominently, resulting in less traffic to companies that have come to rely on Facebook audiences.” — Facebook to Change News Feed to Focus on Friends and Family in New York Times

After reading this article, I can only think that Facebook wrongly thinks that my family is so interesting (and believe me, I don’t think I’m any better, most of my posts–much like my face–are ones which only a mother could “like”/”love” and my feed will bear that out! BTW I love you mom.) The majority of posts I see there are rehashes of so-called “news” sites I really don’t care about or invitations to participate in games like Candy Crush Saga.

While I love keeping up with friends and family on Facebook, I’ve had to very heavily modify how I organize my Facebook feed to get what I want out of it because the algorithms don’t always do a very good job. Sadly, I’m probably in the top 0.0001% of people who take advantage of any of these features.

It really kills me that although publishers see quite a lot of traffic from social media silos (and particularly Facebook), they’re still losing some sight of the power of owning your own website and posting there directly. Apparently the past history littered with examples like Zynga and social reader tools hasn’t taught them the lesson to continue to iterate on their own platforms. One day the rug will be completely pulled out from underneath them and real trouble will result. They’ll wish they’d put all their work and effort into improving their own product rather than allowing Facebook, Twitter, et al. to siphon off a lot of their resources. If there’s one lesson that we’ve learned from media over the years, it’s that owning your own means of distribution is a major key to success. Sharecropping one’s content out to social platforms is probably not a good idea while under pressure to change for the future.

Psst… With all this in mind, if you’re a family member or close friend who wants to

I’ll offer to build you a simple one and host it at cost.

Changes in the Facebook algorithm are about to hit major publishers pretty hard.