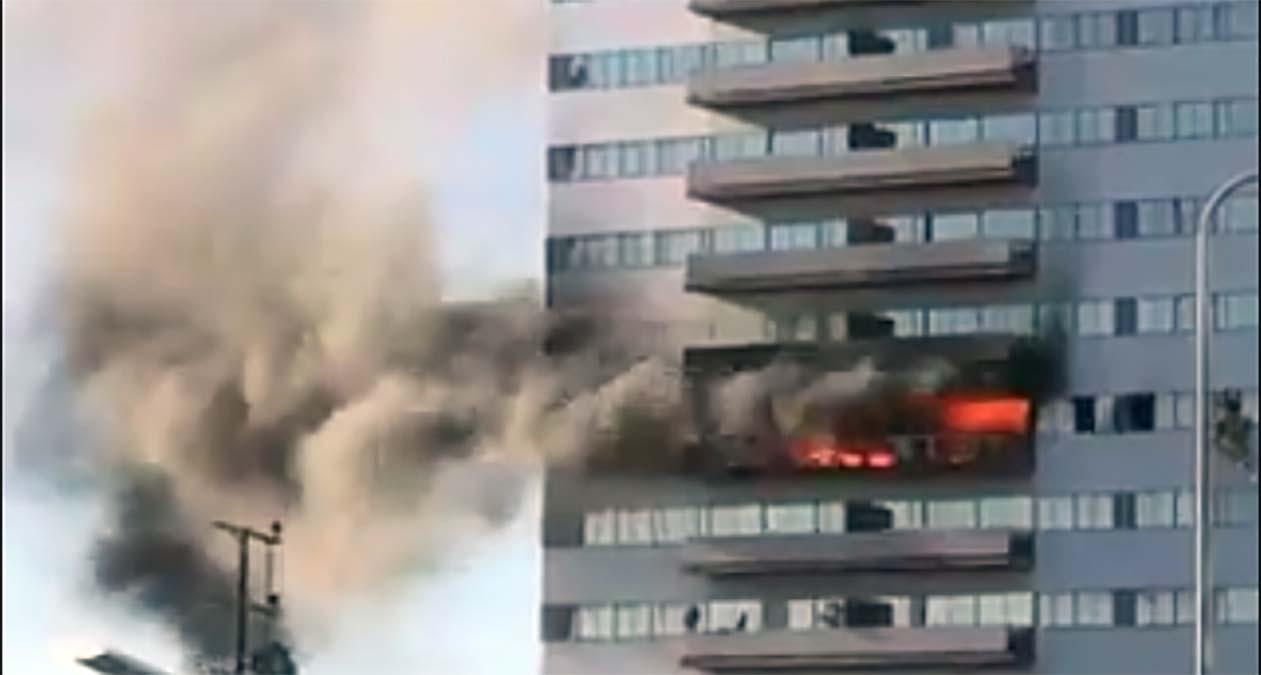 This article is the first time I’ve seen a Waze-based map embedded into a web page. It’s a particularly interesting use case since the fire described is along one of the busiest thoroughfares in West Los Angeles during rush hour, so having real-time traffic surrounding it can be quite useful to telling the real-time story from a local news perspective.

I can imagine that these would also be helpful on event posts or sites like Meetup.com where people are interested in traffic patterns and/or parking surrounding a particular destination.

Richmond, IN and Wayne County, Indiana news and headlines from local newspapers and other sources

This is a fascinating local news aggregator built by Chris Hardie. It’s somewhat reminiscent of my own local news aggregation work, though mine is in the form of a less accessible OPML file of local news feeds that one could subscribe to in a feed reader. It certainly took more work for him to build, but I’d also guess he’s got more people reading it than are taking advantage of my own set of curated feeds.

The short version of this post is that if you’re someone like me who enjoys keeping up with Richmond and Wayne County local news and events (and maybe you’re a little tired of the way social media filters what you are and aren’t seeing), you can: visit 47374.info to see the latest info coming in …

One thing that using this tool has highlighted for me is that there are a lot of things happening in our community every day, between news, announcements, events and other stuff. If you only rely on what your social media service of choice has decided is worth knowing because it’s generating clicks or discussion, you’re likely to miss something important. Also, do you really want to get your news crammed in between cat videos and political rants from distant acquaintances? ❧

Jennifer Hall Lee is a parent activist in Pasadena, California. She wrote this article about the different amounts of money available to different types of schools in Pasadena. Remember that one of…

It’s probably also worth noting that the Pasadena School district was one of the first in the country to begin busing in the early 70’s. This caused a dramatic split in the community and created a dramatic rise in the number of private schools here.

Private schools were not included in this new plan [busing], and because of that, people who didn’t agree with the plan — and could afford it — sent their kids to affluent private schools. This lead to around 30 private schools (currently 53) being present in the city of Pasadena.

To my knowledge there are easily about 20 private elementary schools within Pasadena with tuitions beginning at $15,000 per year and going up as high as $40,000+/year. The wealth disparities within Pasadena are pulling so many students out of public schools and into private schools has also caused the city to begin significantly cutting back on budgets and closing/consolidating schools to stay solvent. 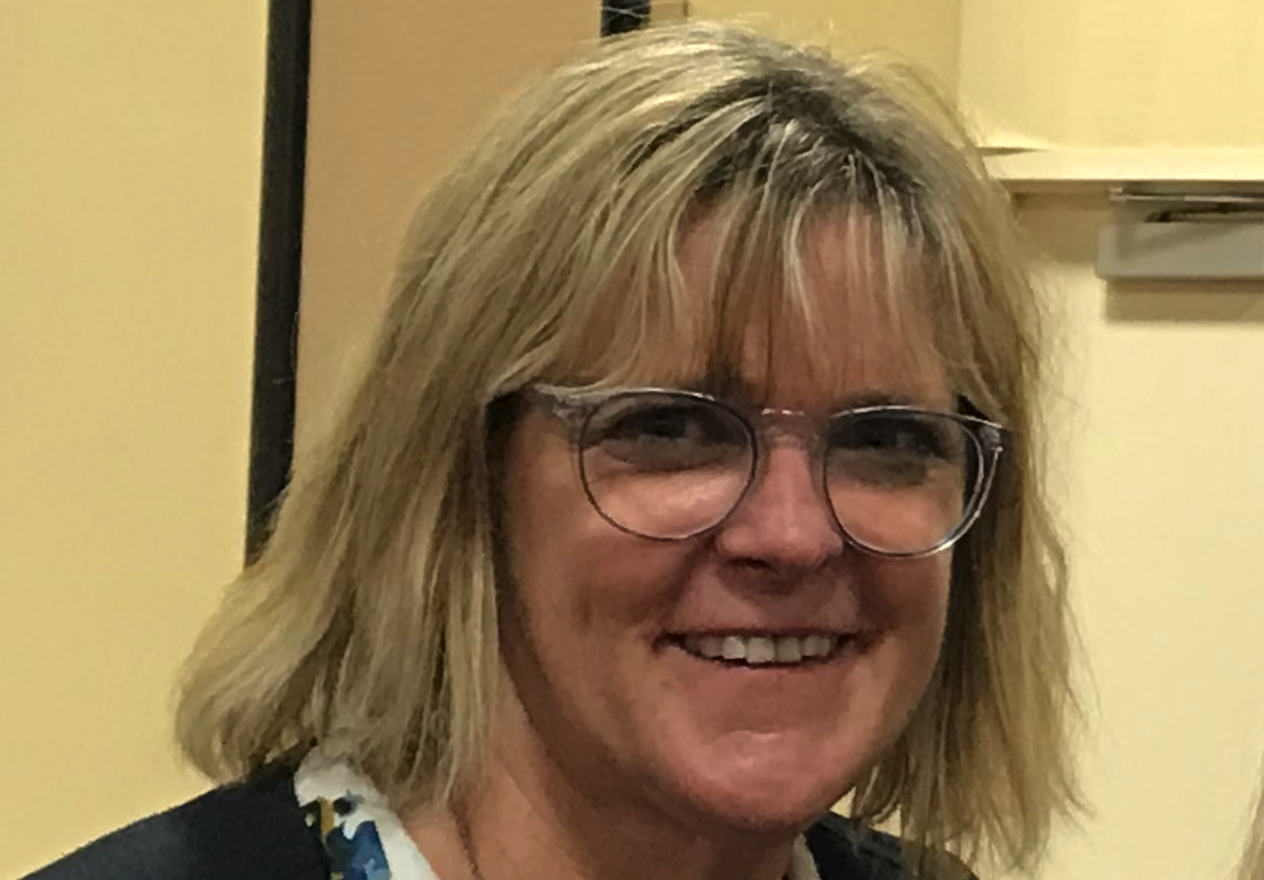 Julia Cowlishaw has been named the new CEO of Vroman's Bookstore in Pasadena, Calif., and Book Soup in West Hollywood, Calif., She begins on January 6.

I’ve been thinking very similarly along these lines for six months or more, but with a particular slant at journalistic enterprises. I’ve specifically been considering what would happen if small local newspapers and other journalistic outlets were running IndieWeb-esque platforms for their local communities. This would potentially help to moderate and encourage local conversations and consumption of local grown content and journalism and potentially improve the toxicity of general social media or massive issues like those that Facebook is facing with genocidal effects of their platform in Myanmar where they didn’t have any local presence or moderation much less people in-house who had language capabilities to even begin to deal with these issues. This type of mission could better empower entities to improve both local journalism by binding it to a different substrate as a financial model  and fix many of the issues we see with social media simultaneously.

This general idea also isn’t too dissimilar from Greg McVerry’s idea of having local libraries allow patrons to “check out” (aka set up) their own domains and social presences/identities using their library cards.

The difficulty I see is that as the world moves toward increased specialization, that looking for newspapers or even municipalities to oversee and maintain such infrastructure may be difficult. I already see issues with smaller outlets building and maintaining their own publishing platforms with simple out-of-the-box CMS solutions that are relatively easy-to-use and modify with simple plugins. (In a recent inventory of my local news sources, I’ll note here that nearly 100% of the local online news sources for my community are running on WordPress, but not all of them have a huge amount of technical knowledge about what and how they’re doing it in those spaces). The growth of content management systems like Ghost, which has a journalistic bent, also indicates that there isn’t a “perfect solution” to the CMS problem, much less the issues of running IndieWeb-like platforms/clusters based on simpler platforms like WordPress or even Known. There’s certainly a lot of space out there for third party companies to help grow and expand in both of these areas (community-based social platforms as well as journalism platforms and admixtures thereof.)

If local institutions or even governments did move in this direction, then their users are at the potential mercy of third-party businesses which may not necessarily be aligned with local values.  An example of something akin to this was covered recently in The Daily on their episode Taking Over Local News. I’m also reminded about of my poor experiences  with un-moderated third party platforms like Nextdoor.com can be.

Another microcosm to look at is how hundreds of thousands of public libraries are interfacing with the four or more media suppliers of e-books and what that financial model looks like as, if taken, I would suspect a similar trajectory for local social public media. Similarly looking at how municipalities interface with cable franchising can reveal some pitfalls to avoid moving forward with respect to monopolies and competition.

Certainly some additional thought about how to solve these issues at the smaller local and personal levels is welcome. Thanks for dipping into and expanding my surface area of thinking Ben.

Police responded to her residence on a welfare check before the shooting took place.

Blame Google, for a start.

Nothing great or new here. Also no real solutions, though knowing some of the history and the problems, does help suggest possible solutions. 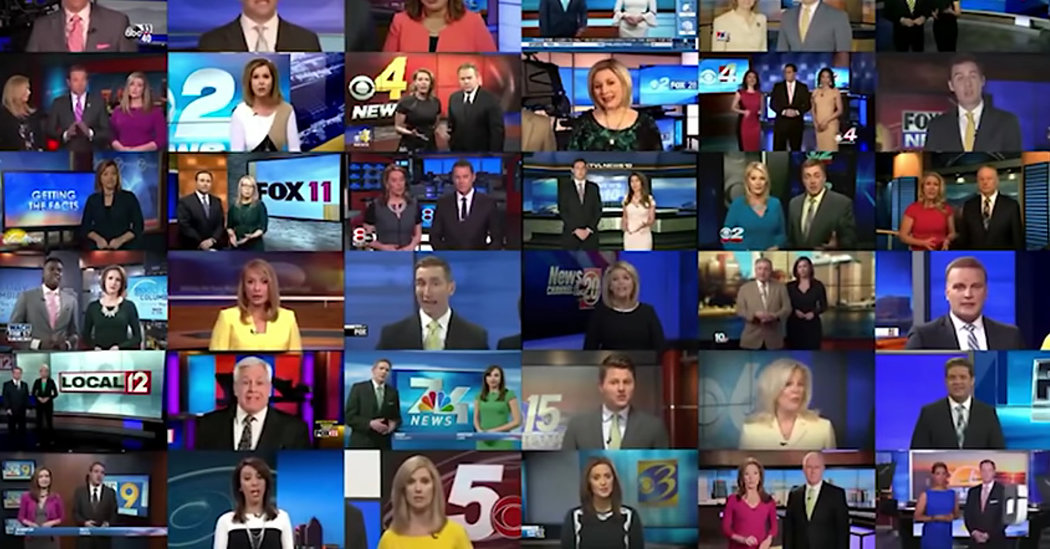 On local TV stations across the United States, news anchors have been delivering the exact same message to their viewers. “Our greatest responsibility,” they begin by saying, “is to serve our communities.”

But what they are being forced to say next has left many questioning whom those stations are really being asked to serve.

• Aaron Weiss, who worked several years ago as a news director for Sinclair in Sioux City, Iowa.

• Anchors at local news stations across the country made identical comments about media bias. The script came from their owner, Sinclair Broadcast Group.

• David D. Smith, the chairman of Sinclair Broadcast Group, said his stations were no different from network news outlets.

• The largest owner of local TV stations, Sinclair has a history of supporting Republican causes.