What does the future hold for the ISIS returnee who confessed to murder? And what does he believe now?

After three years in ISIS captivity, a young Yazidi girl returns to her family. Rukmini is there to witness it.

Slavery was enmeshed in the theology of ISIS. Rukmini speaks to an ISIS detainee who challenges her to find the girl he enslaved. She does.

We found a trove of secret documents after Mosul fell. It led us to the mother of an ISIS official.

I love how this story really humanizes what is going on here compared with the soundbite snippets we hear from the US President at the moment. Things are far more complex and human, than they would seem. And what a fantastic little story this particular episode makes on so many levels. Mothers/sons, wealth/poverty, religion/bureaucracy, journalism/mystery and so much more.

What did ISIS leave behind as their hold on Mosul crumbled?

Relistening to recall where we were in the story last so I can finish out the series.

The recruit carried out the killing.

Then he questioned everything.

A new recruit proves his worth and gets invited to a secret meeting.

A new audio series following Rukmini Callimachi as she reports on the Islamic State and the fall of Mosul. This series includes disturbing language and scenes of graphic violence.

I’ve sampled several episodes via The Daily, so I’m officially subscribing so I can get the rest of the episodes.

ISIS turns fantasy into reality for a new recruit.

Who is it that ISIS appeals to, and how? Rukmini speaks with a former ISIS member about how and why he joined the fold. 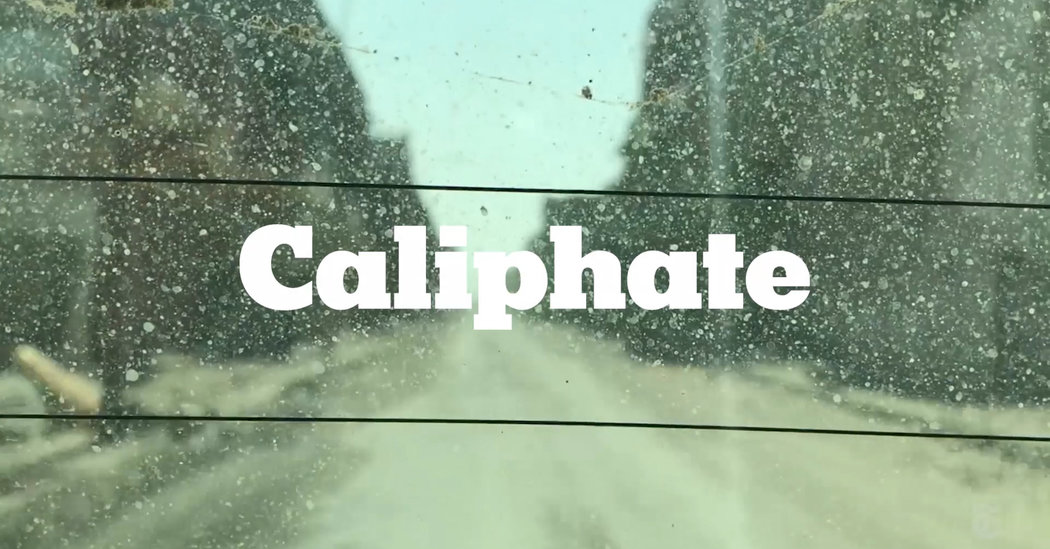 The New York Times has introduced a documentary audio series that follows Rukmini Callimachi, a foreign correspondent for The Times and a frequent voice on “The Daily,” as she reports on the Islamic State and the fall of the Iraqi city of Mosul. With the producer Andy Mills, Rukmini journeys to the heart of the conflict to grapple with the most pressing questions about ISIS and to comprehend the power and global pull of the militant group.

Today, instead of our usual show, we offer the Prologue and Chapter 1 of “Caliphate.” This episode includes disturbing language and scenes of graphic violence.

You can listen to “Caliphate” above, or by searching for “Caliphate” wherever you get your podcasts. (If you’re on an Apple device, that’s probably Apple Podcasts. Users of Apple or Android devices can find us on RadioPublic, Stitcher, Spotify or the podcast platform of your choice.)

Each episode will be available to New York Times subscribers a week early, as a way to thank them for their support of this kind of reporting. If you’re a Times subscriber, you can get an early listen to the next episode here. If you’re not, consider becoming one. Either way, sign up to receive weekly dispatches from Rukmini and learn when new episodes are live.

• The documents that were unearthed reveal extreme brutality and detailed record-keeping.