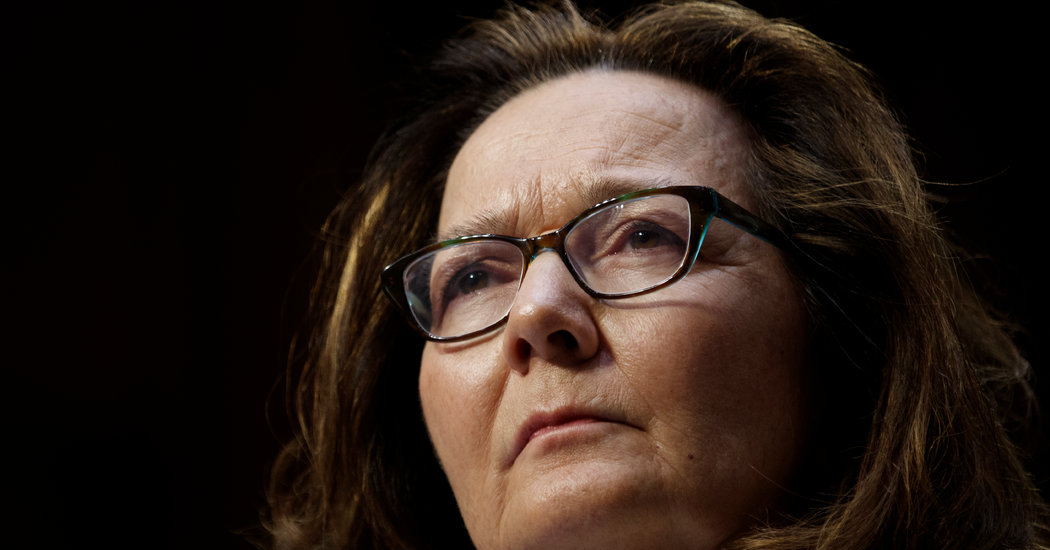 The Central Intelligence Agency is waging an unusual campaign to make Gina Haspel its next leader, despite her polarizing past. Why do officers see her most controversial quality as her greatest asset?

• Adam Goldman, a reporter who covers the intelligence community for The Times.

• John Bennett, a former chief of the C.I.A.’s clandestine service who retired in 2013.

• Gina Haspel, President Trump’s nominee for C.I.A. director, is expected to face tough questions at a Senate confirmation hearing on Wednesday about her involvement in torture and secret prisons after the attacks of Sept. 11, 2001.

• Ms. Haspel offered to withdraw her nomination last week amid concerns that her role in the brutal interrogation of a Qaeda suspect in Thailand would scuttle her confirmation.

Apparently there’s a broader story to be told about Haspel than the one that’s been circulating recently. Perhaps she’s not as pro-torture as previously indicated?