Thank you. I'm working on a piece right now about alternate/ rhizomatic modalities of communication in opposition to "social networks" and this is really timely.

The IndieWeb is using the idea of Webmention to allow site-to-site communication and commenting. This allows interesting things like Threaded conversations between WordPress and Twitter. Here’s a good recent example with the copy on my website and a separate copy on Twitter.

And finally there’s an interesting wiki experiment that Kicks Condor and friends are doing that is worth checking out if you didn’t dig deep enough into @AGWilsonn’s links to see it. (See the comments on that link for more details.)

That is to say: if the problem has not been the centralized, corporatized control of the individual voice, the individual’s data, but rather a deeper failure of sociality that precedes that control, then merely reclaiming ownership of our voices and our data isn’t enough. If the goal is creating more authentic, more productive forms of online sociality, we need to rethink our platforms, the ways they function, and our relationships to them from the ground up. It’s not just a matter of functionality, or privacy controls, or even of business models. It’s a matter of governance.  ❧

I imagine that the first part of this project will focus on how it got to be this way, what got missed or ignored in some of the early warnings about what was happening online and how those warnings were swamped by the hype depicting the Internet as a space of radical democratization.  ❧

I love the brewing idea here. We definitely need this.

Some broad initial bibliography from the top of my head:

In many discussions on social networks the number 150 comes up as a ‘natural’ limit to how much social interaction a person on average can handle. Intuitively I always felt uneasy with this number, and have on several occasions suggested that this could only be a limit in a spe... 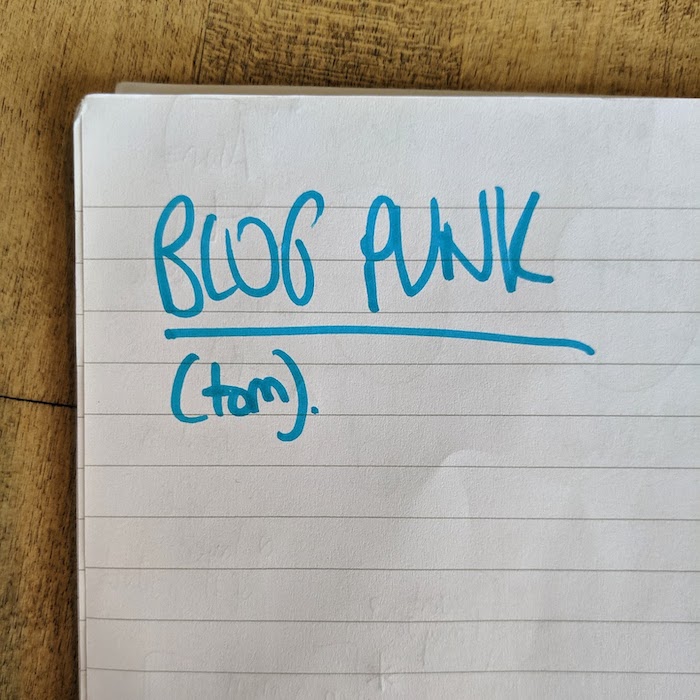 The weirdos and zeroes of blogging
If Medium is elevator music, indie blogging is punk.

The only that will make you feel better every time you use it.

I was looking for an app or tool just like this!!

Nice tangential mention of IndieWeb hiding in here too.

There are actually three problems to solve, reading, which is relatively easy, posting, which is harder, and social graph management, which is quite complex.

There are actually three problems to solve, reading, which is relatively easy, posting, which is harder, and social graph management, which is quite complex.

I might submit that posting is possibly the easiest of the three and that the reader problem is the most difficult. This is based on the tremendous number of platforms and CMSs on which one can post, but the dearth of feed readers in existence.

Something akin to a following list could help this. Or a modified version of OPML subscription lists could work. They just need to be opened up a tad. Some are working on the idea of an open microsub spec which could be transformative as well: https://indieweb.org/Microsub-spec

How do we decentralize the web without so decentralizing our own social presence that it becomes unmanageable?

You’ve already got a huge headstart in doing this with your own website. Why bother to have thousands of accounts (trust me when I say this) when you could have one? Then, as you suggest, password protected RSS (or other) feeds out to others could allow you to control which audiences get to see which content on your own site.

It looks as if Withknown has made some progress in this area with syndication plugins.

WordPress has lots of ways to syndicate content too. Ideally if everyone had their own website as a central hub, the idea of syndication would ultimately die out altogether. At best syndication is really just a stopgap until that point.

Subscribing to my personal timeline(s) with my favorite RSS reader would bring everything together,

I’ve written some thoughts about how feed readers could continue to evolve for the open web here: http://boffosocko.com/2017/06/09/how-feed-readers-can-grow-market-share-and-take-over-social-media/

Having a variety of ways to chop and dice up content are really required. We need more means of filtering content, not less. I know many who have given up on chronological feed reading. While it can be nice, there are many other useful means as well.

The last couple of months I’ve exiled myself from Twitter and Facebook. I do miss many individuals, but overall I don’t think those sites have been good for me. I felt like shouting my troubles into the void would be wasting time that I could be using to do something about them. The thing tha...